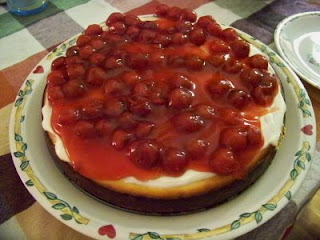 How much money to you spend on food?

It all started when Judy asked how much money we spent on food. I was feeling pretty smug, as I generally shop for sales, and figure out what to eat from what I have bought on sale. That, plus I have fewer people to feed.

Then last month, I discovered an experiment made by people in a particular state, Illinois, I think. Apparently people there get $25 dollars a week in food stamps. So other people were trying to see if they could limit themselves to that dollar amount. I think I can do that - it is hard because I generally buy other things besides food when I go to the grocery store. And generally my savings on these other things help me be able to afford the food (if I get the toilet paper for free, the price of the toilet paper should be allowed to go to food), so I can't just take them out.

So when turkey was on sale (38 or 48 cents a pound), I decided I would buy one. I have done this the last two years as well. I make the turkey, and freeze it in 1-3 serving size containers. This gives me a convenient, customized-to-my-tastes tv-dinner that is also less expensive.

It's cooking now, and it smells great. The problem with crock pot and long-time meals is that you have to smell the food all day and it tends to make me feel hungry all day.

Then as I was going through my blog list, I discovered the One Dollar Diet Project. This is another experiment where this couple ate for a whole month, spending only $1 a day. Yes per day, not per meal. They talked about being hungry a lot, so I'm definitely not going to try that!

Yesterday, my sister invited me to go to Trader Joe's with her. I bought the kind of stuff I can't get at my local grocery store, cashew nuts covered with sesame seeds, chocolate covered ginger, and all sorts of other junk food like that. I've already passed my $30 allotment in one day!

But I do wonder - is it possible for me to spend $30 this month and groceries? I would have much more food than the experiment couple, because I would allow myself to use all the food that is already available in the house. It's not a good time for me to try this, because I like to stock up in winter for that eventual snow storm, and if we get a storm right at the end of the month, then I won't be prepared anymore. Plus I like to buy things when they are on sale, and at the beginning of next month, I'll have to start stocking up again, and may run out of stuff before it goes on sale.

But knowing that it is possible to eat on $1 a day, I may be able to tweak my grocery budget a bit more than I originally thought.
Posted by Shasta Matova at 2:30 PM

Hmmmm, this would be quite a challenge! I'll be interested to see how you do ...
Maybe allow a separate extra few dollars to keep the emergency supplies stocked. Use up the older inventory and replace some of it with an extra $10 that's not included in your monthly challenge amount. Not stock-up-on-sale purchases, just the basic emergency cache.

This is an interesting challenge. It would take a lot of planning to do this for a family. For myself (if I exclude the husband entirely), I could live on $25 a week because I can practically subsist on pasta (with lots of left overs), soups, and cereal.

The One Dollar Diet - is definitely out of my ability!

I can't imagine living on $25.00 a week - let alone a dollar a day. We will often make some very different meals and I never keep track of how much I spend on food. We will often go out and buy things for a special dish and spend quite a bit to get all the ingredients. I guess I should be a little more conscientious about what we spend.

My husband and I spend an average of $65.00 a week on groceries and that includes paper products and some cleaning supplies. We make a menu and shop for those ingredients, plus the daily breakfast and lunch stuffs. I'm often amazed by what others spend when they tell me. It's fun to see how thrifty we can be and still enjoy ourselves. Thanks for visiting my blog. :cD