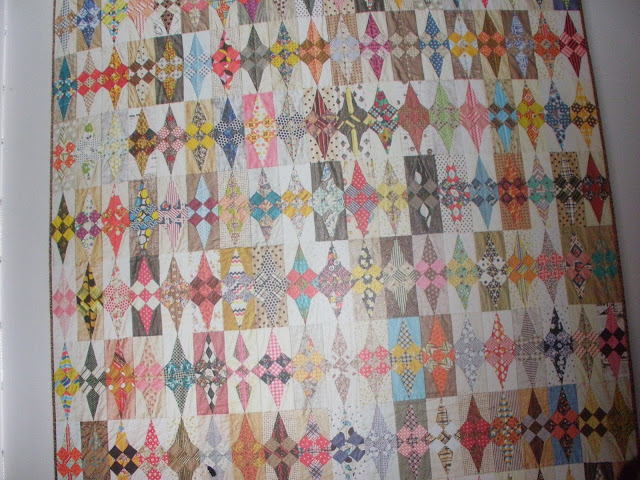 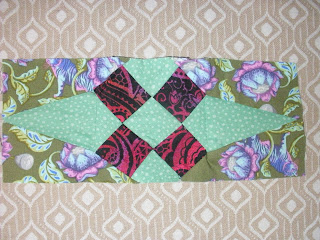 The four squares in the middle is the binding fabric for The Earth Laughs in Flowers (formerly known as Daisy's Chickenpox).
Posted by Shasta Matova at 2:33 PM

I think I would add side borders and make it into a placemat or mugrug. I don't like projects that are that fussy either. I have made many one block starts.

Laughed out loud at the 3 block quilt - I think one would be enough for me too. But it sure is pretty!!

Well it is a pretty quilt, but sometimes life is just too short, isn't it?

Quilt looks pretty but who have time to do it? If you change your mind you have the first block already!

Oh dear... that does look like a handful. I think I would relegate that pattern to a hand piecing box... maybe over the years one could make eight or nine blocks...