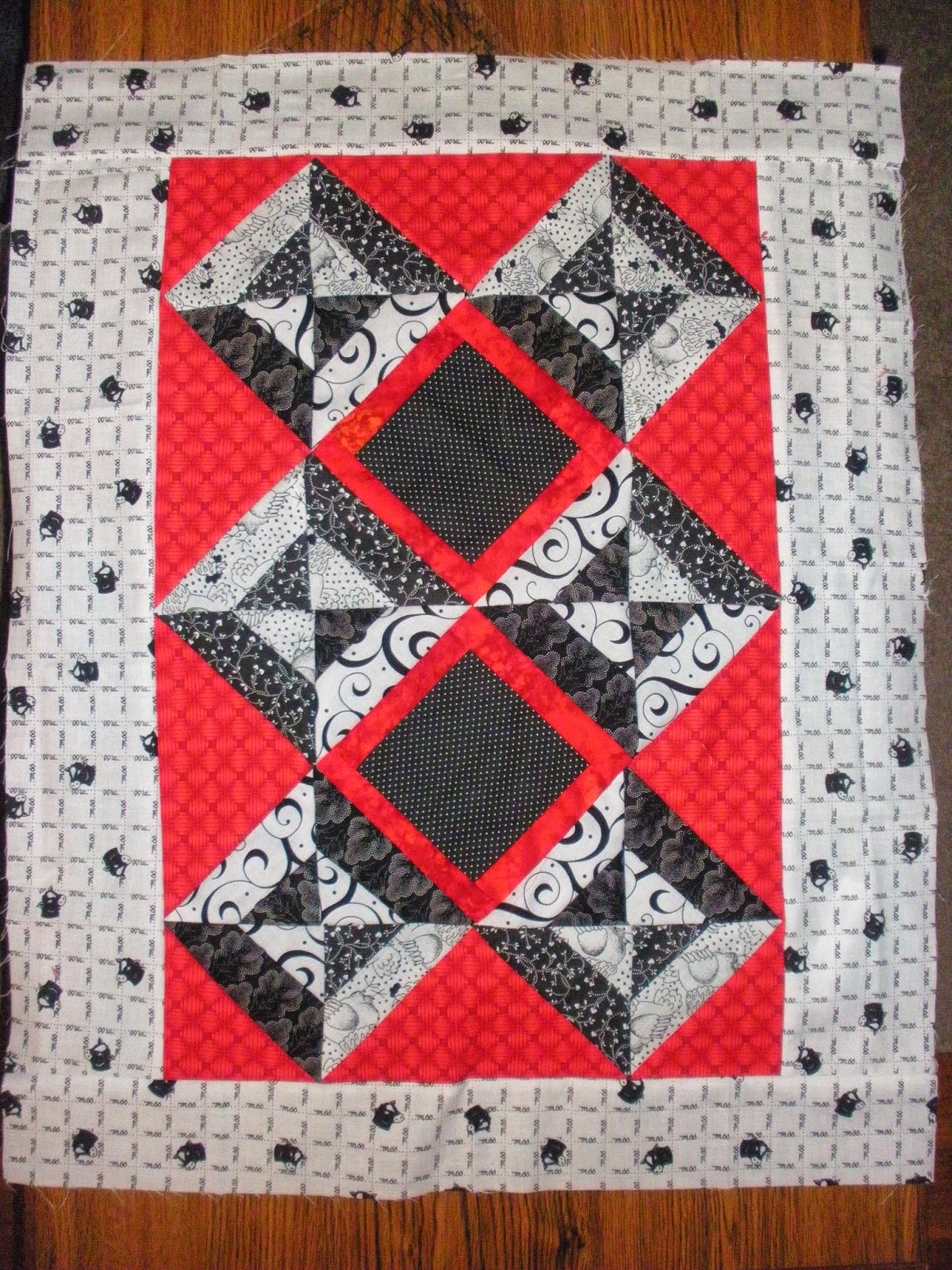 Here is my latest quilt, in progress. It is another small one. It started innocently enough. I had some black and white fabric left over from another project, and I decided to make a small quilt out of it instead of putting it away. It was a simple matter of sewing the more white than black strips next to the more black than white strips, and cutting them into triangles and sewing them to each other. There wasn't a lot of fabric left, and it made six blocks.  I decided that the six blocks didn't look good right next to each other, and would look better on an on point setting. 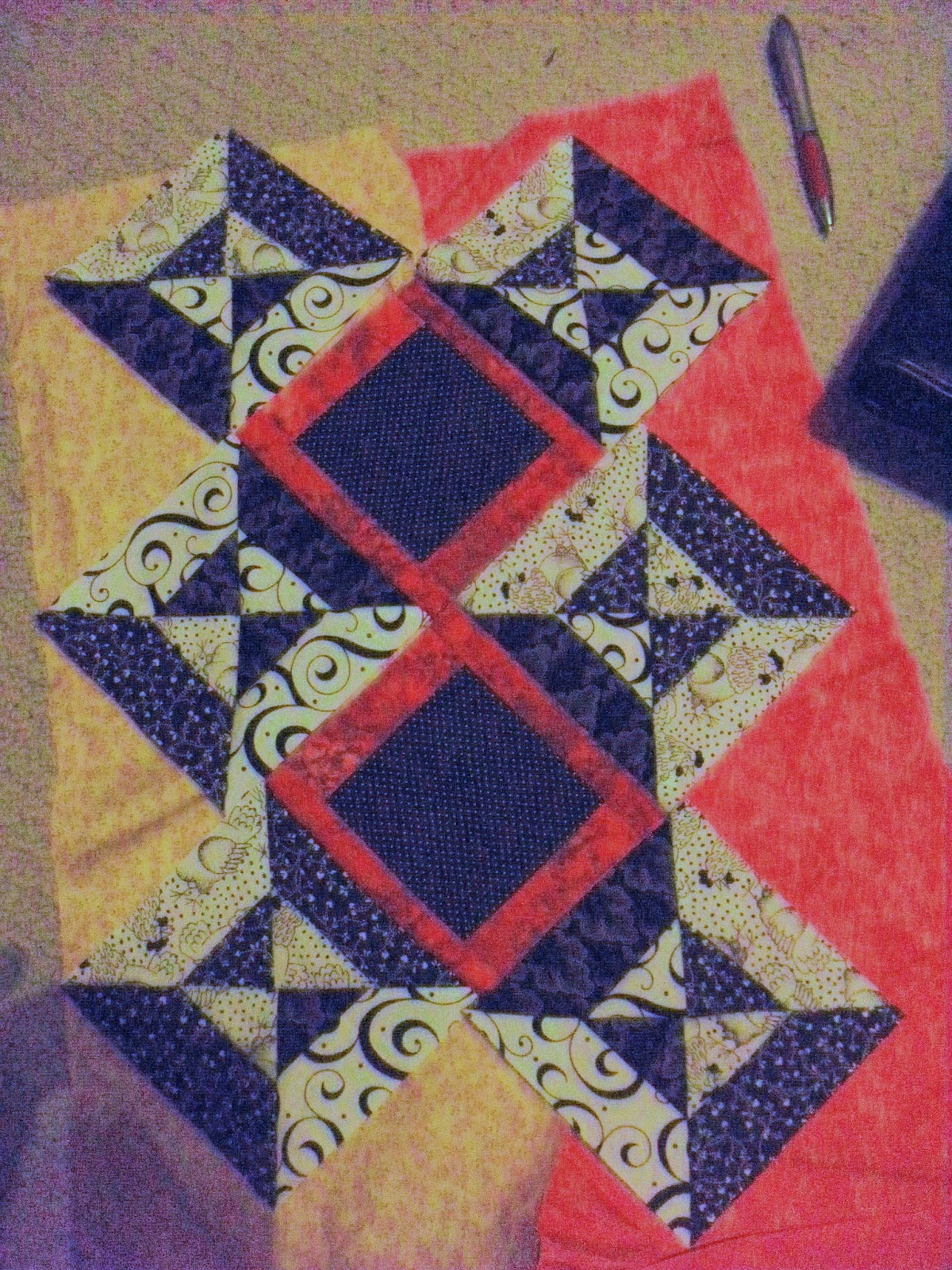 The fabric from the center squares was also from the sewing room.  It all went well until I needed fabric for the setting squares.  The whole point of using fabric that was already in the sewing room was to keep from digging into the supplies, but I needed other fabric for the setting squares.  Since black and white goes with almost anything, I wound up auditioning a lot of different fabric - more black and white fabric, green, red, and yellow. 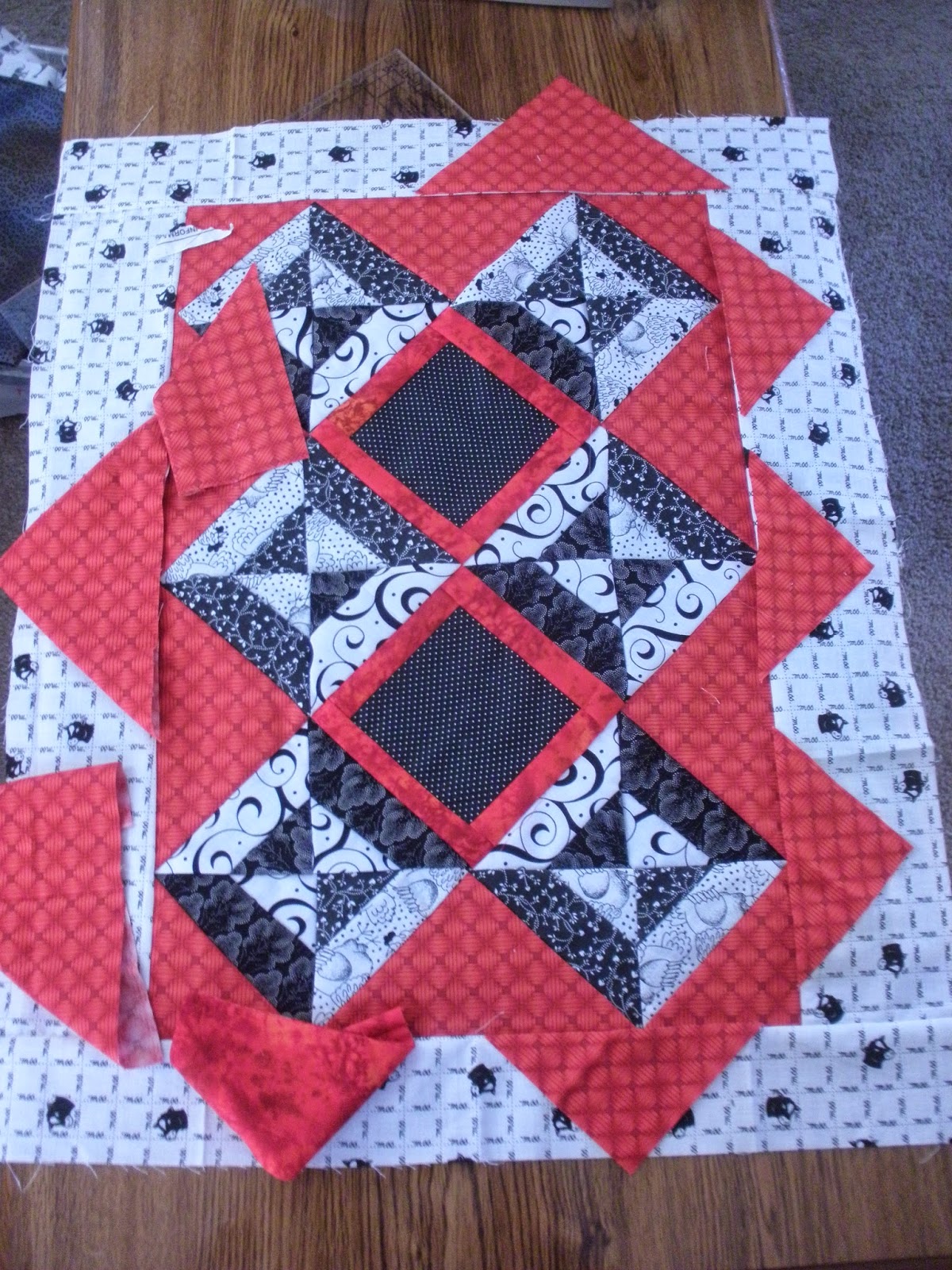 I found the pretty red, which is one of my favorite fabrics.  It turned this scrappy, use up what you have, into a beautiful quilt that was worth the effort.  I also spent a lot of time auditioning the border fabric.  I participated in a black and white fat quarter swap when I first discovered that quilting groups were on the internet.  Most of my black and white fabrics are from this swap, and I think they have waited long enough. I discovered the internet quilting groups just in time to know that I had jut missed the millennium swaps.   There had been many people who swapped fabrics for the end of the century.   Before that, I was a lonely quilter, trying to figure out everything from magazines.  Anyway, the border fabric has cows on it, and the word "moo, but it looks like 2000 to me when I first saw it, and it made me feel that I had a late chance to participate.  One of the black and white fabrics has chickens on it, so a cow fabric isn't out of place.

I had originally cut the setting triangles incorrectly, and decided to play around with putting the bad triangles on the front of the quilt.  I like it!  I can add them as prairie points so I can still use the border. 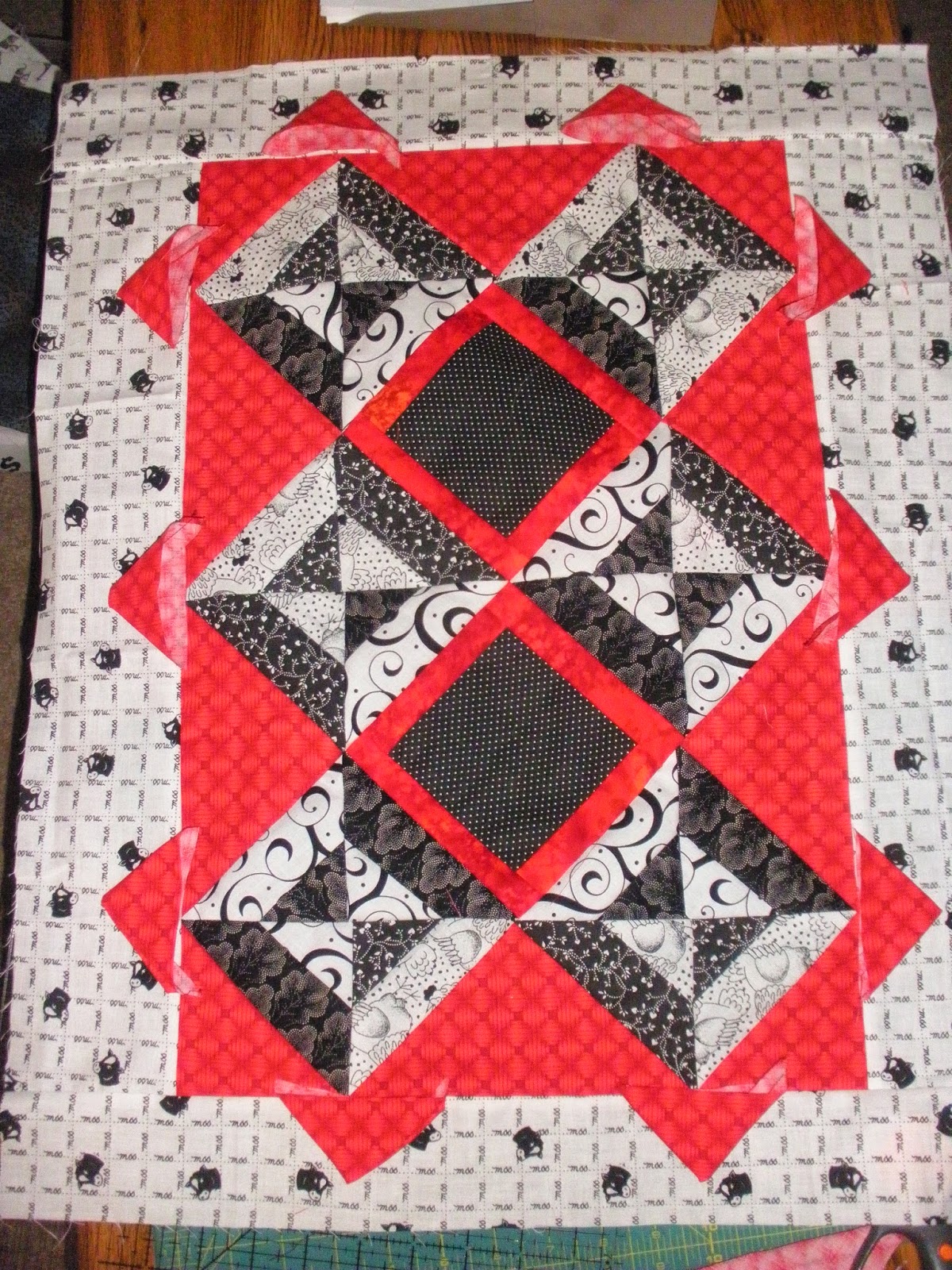 After sewing the raw edges, the triangles would be smaller than they were pictured. I decided I wanted the triangles even smaller, so I folded them in half instead of cutting more and sewing them to each other.  Here they are cut and ready to sew into the border.  I'm wondering if I should add something (applique? embroidery? and if so, what?) to those center black squares or leave them as is.

I am also working on helping my daughter sew a blouse.  I am not used to making clothes, but it is turning out quite nicely.