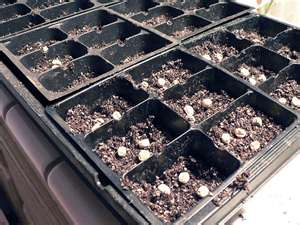 I was on my way home on Saturday and decided to stop by at the grocery store to get some milk.  Being out of milk is bad enough, but when you have company, it is doubly bad.  My daughter's college roommate was visiting so they could go to a wedding together.  I had to work because our project didn't finish on Friday like it was supposed to.  It's the first time I wasn't able to finish a project on time, but it did finish early on Saturday so all is well that ends well. There is another project after this, but I am taking the rest of the weekend off.

Anyway, since I had stopped straight at the grocery store from work, I was trying to think of what was written on the grocery list on the refrigerator.  There by the front door, partially blocking the entrance are these flats with beautiful annual flowers.    I had to look at them on my way in the door anyway, right?  My big overtime project is finished, and I might have some time to plant something. Even if I did miss the big planting season, I think it would still be safe to get plants in the ground by the end of the month.   I didn't see any prices, so I asked someone else who was looking at them.  She said they were $1.50 for the flat.  She showed me the price on the outside of the flat, and I had to stare at it to make sure that it said for the flat.

That is six plants in one of containers, and 8 containers in a flat.  That is 48 plants for $1.50.  Even with my lack of gardening skills, I could plant these guilt free.  Some of the plants are sorry looking, and the most of them have roots that have outgrown their space, but that means I can blame the plants if they don't grow.    I bought two flats.  They are $1.50 each!

I got them home, to try to figure out where I was going to put my brightly colored beauties.  And that is when I realized, I have to plant all 48 of these beauties. Times two.

Have a good Memorial Day!

P.S.
Good news!  There are 36 plants in each flat.
Bad news!  Air Quality Alert
Posted by Shasta Matova at 11:44 AM No comments: 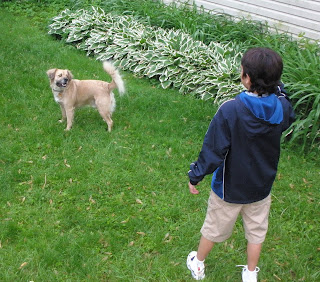 Michele asked for an update about Zeus, and I am happy to oblige.  Especially now that she is famous.  I have been working long hours and he has been under the care of my daughter.  Since they don't have much of a history (she was away at school), she has no trouble with opening the door to let him out in our fenced yard and leaving him out there for short periods of time.  I didn't tell her what I perceive to be his fears, because I wanted her to evaluate him for herself.

He is more comfortable in the backyard by himself.  Even though he does still sit on the porch and stare at the door most of the time he is outside, he does spend some time in the yard when he is by himself.  Here he is playing catch. 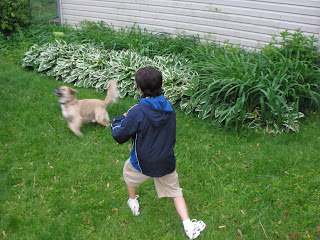 I took him to the vet shortly before my big work stint. He had fallen off our porch and gotten a scrape.  He had gained 10 pounds since we got him. He was underweight when we got him, but 10 pounds seems pretty significant on small animal. I wondered but didn't ask if he was now a healthy weight. Apparently he was wondering too, because since I have been working, he hasn't been eating as much. He will either skip his morning meal or eat it later in the day, which makes it hard to decide how much to give him for dinner. The vet wasn't worried. He acts healthy and has energy, and he does eat, so I guess I will let him decide what is best for him.

I take him out for a walk in the park in the mornings before work.  If no one is around (and there usually isn't) I take him off the leash and let him run around. I call him to me from time to time to keep him from going too far, and to give him practice of coming to me.   It is a rectangular patch of grass with a pathway all around.  There is a fence, but there are some spaces where the fence has been broken.  I walk around the pathway, while he explores the grass.

A couple of days ago, he was running around, and he took off the middle of the rectangular patch all the way to the other side.  He did not come to me when I called him.  Because the grass was high and wet with dew, I didn't see where exactly he went.  I wasn't going to follow him through the grass.  I followed the path as fast as I could, but he had gone through a space in a fence and did not come when called. There are several spaces in the fence, and I didn't know which one he had gone through.    I kept calling and calling and he either did not hear me, or did not heed.  I didn't want to be late for work, but I didn't want to leave him here either. I had to hold out hope that someone would see his dog tags and call.   I waited a little while, and a young man came through the fence on a bicycle.  I asked him if he had seen a dog. He said no.  I resumed my search of calling him.  Finally after several minutes he came running to me.

I couldn't punish him, since he did come to me, but I decided that he had lost his freedom privileges for the day.  I tried to put the leash on him, but his collar was missing!   I wondered if the young man had tried to steal him and take off his collar, or maybe he got his collar stuck on something and managed to slide it off his head.  If someone had found him, they might have thought he was homeless.  We walked to the car with me calling him close to me if he even tried to wander off the path.  When we got home, I saw his collar on the couch.  My daughter had taken it off when she was brushing his fur.
Posted by Shasta Matova at 11:41 AM 2 comments:

Email ThisBlogThis!Share to TwitterShare to FacebookShare to Pinterest
Labels: Zeus 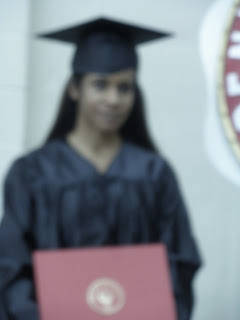 I am the mother of a college graduate.  She wants to go on to graduate school, so eventually I will become the mother of a doctor.  It feels so strange and so wonderful at the same time.  I took some blurry pictures, which I will say was specifically for the blog.  Luckily the other ones turned out well, and there are other photographers in the family.

The project at work is in full swing, which means going into the office, commute time, and lots of overtime.  I've been more relaxed this year about work than in previous years.  The managers expectations are more realistic this year, and that has made a big difference in my stress level.

We got a fence for the backyard, and are trying to get Zeus to get used to it.  He is is easily distracted - a plane or train going by, a neighbor cooking something, children laughing, a school bus going by, etc.  Basically, if we let him outside, he will stare at the door until we let him back in. He wants company and protection.   Eventually I am sure he will get used to all the neighborhood noises, but until then, I don't feel like I am getting my money's worth from the fence.

I have been adding book reviews to my other blog High Road Reader,   You can feel free to check them out at your leisure.
Posted by Shasta Matova at 8:11 AM 6 comments: 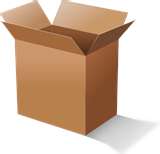 We just received a large photocopying order at work as we gear up for new projects.  A coworker was about to carry out the empty box to the storage room for recycling, and I asked him to let me take it home instead. I wanted to use it for additional spring cleaning.   He gave me two.  Two other coworkers overheard this conversation, and they each gave me two boxes.  It's a shorter walk to my desk than the storage room.  That's a lot of boxes.

So now I have six boxes and everyone thinks I must be a serious hoarder to need six boxes just for cleaning!  I figure I can use them for recycling, charity and trash.  And these are nice size boxes, so I can probably use them for storage as well.  And whatever I don't use, I can take them to the recycling box, since I am going there anyway. But my goal is to try to fill them all up for recycling and charity.
Posted by Shasta Matova at 9:35 AM 3 comments: