Where We Mourn the Loss of Some Trees

Early this spring, the city went house to house and trimmed trees that were overhanging streets, alleys and power lines.  They trim trees near power lines every year, but this year, they spent weeks trimming trees.

I was happy that the city was paying attention to our neighborhood and taking care of things, but I really missed their shade this summer.

That led people to thinking about the trees that hadn't been trimmed - the ones that were squarely within the property lines, and more people trimmed these other trees. Others decided that instead of trimming a tree, they might be better off taking it down entirely.

I was one of those people too, so I'm not blaming anybody.  I had a diseased tree that worried me since it kept dropping big dead branches, and I didn't want it to fall on any property or hurt anyone.

But we can mourn their loss anyway, and thank them for their service.  This collage is of pictures I took all on one day.  I tried to make sure to only take one picture of each tree, but can't guarantee that there aren't any duplicates.  These aren't the trees that were cut down this year (I've been taking pictures of those throughout the year, so they aren't as easy to find.)  Most of these trees were cut several years ago. 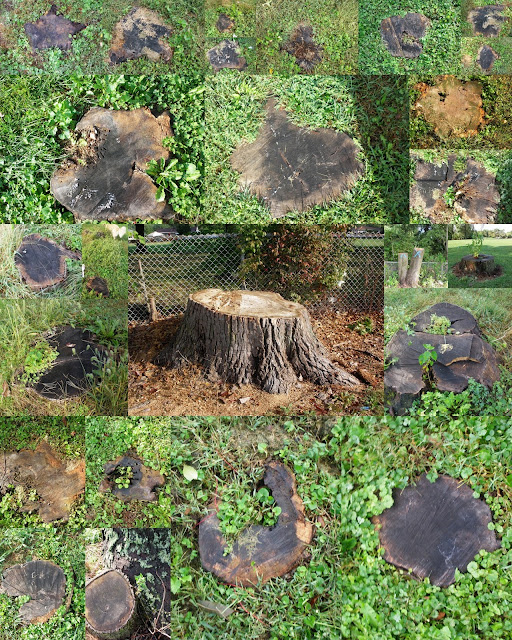