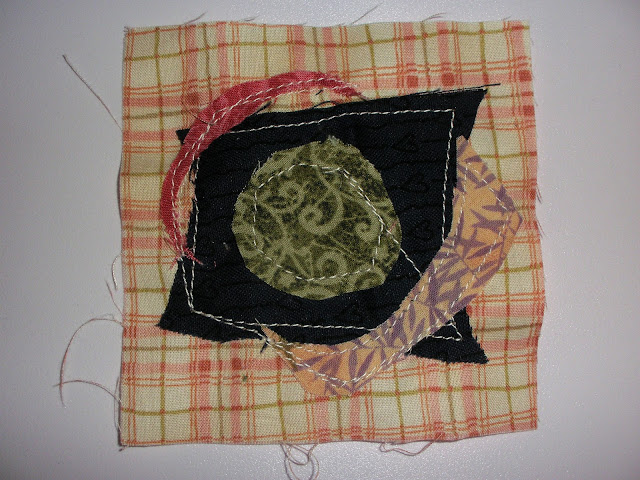 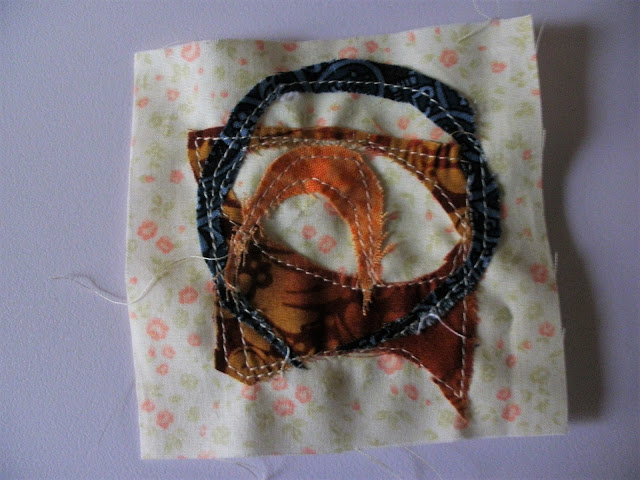 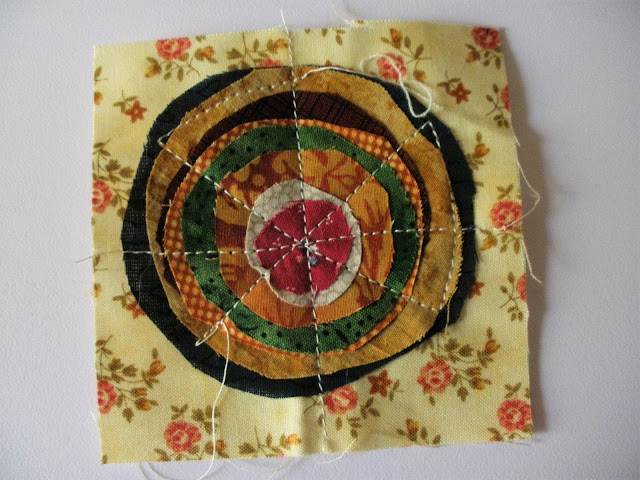 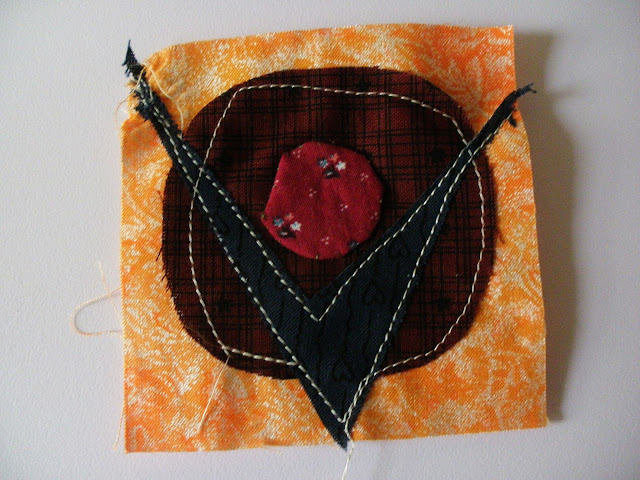 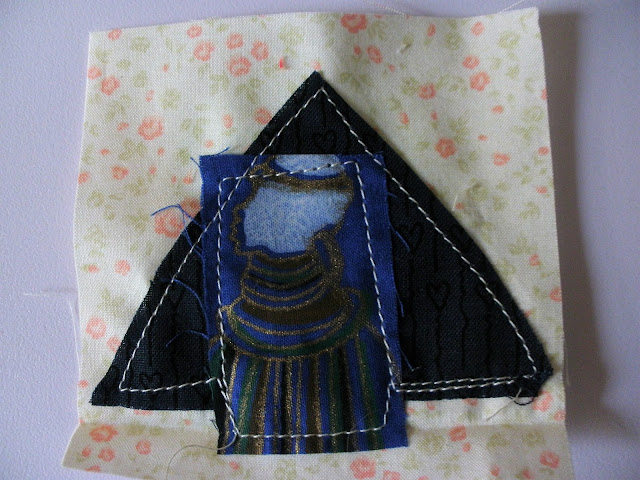 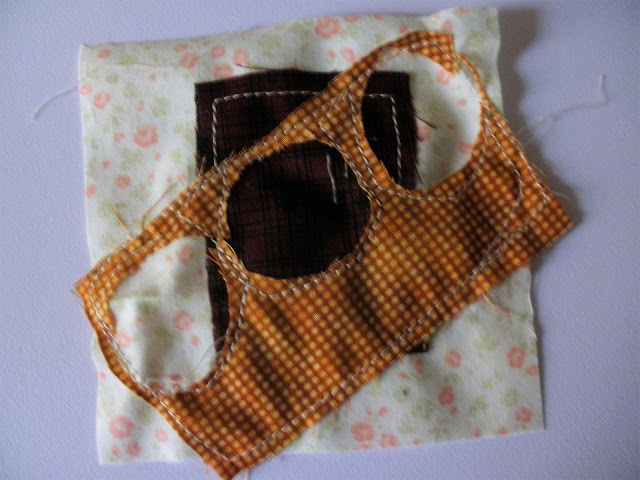 Linked to:
Oh Scrap!
Monday Making
Posted by Shasta Matova at 10:55 AM

These are fascinating pieces! It reminds me a lot of the way the Gee Bend quilts were put together. :)

You certainly earn big points for creativity. I can't wait to see all of your "circles" together. Thanks for linking up with Oh Scrap!

I like your idea of making blocks without too many rules. Sitting and putting fabric scraps together is very, very creative for me when I just let it flow. I've only pieced--never gone after it quite like this with raw edge applique, but I see it has a lot of potential to show off great shapes and pattern combinations I would never have seen. This is great inspiration! I thank you. My scraps thank you.

There's some very dramatic blocks there. The one that makes you think of space movies reminds me of the uniform insignia from the Star Trek shows and movies. Very fun stuff.

I'm glad you are still circling. I love this really free way of working and it will be very interesting to see how these look all sewn together.