Circles on a Sunday 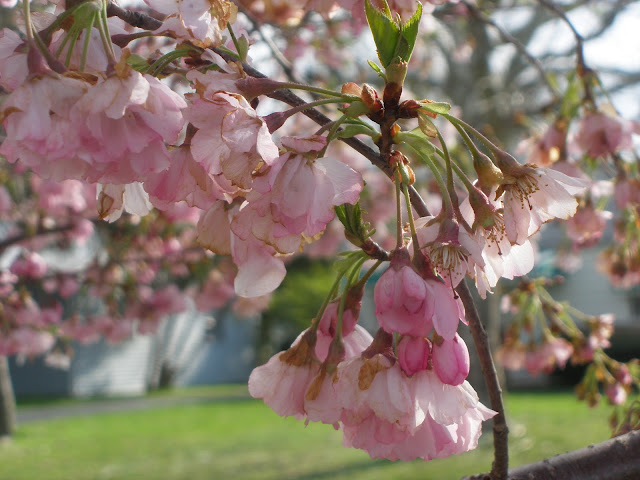 The funny thing is that I am still doing the regular chores, but I have a better attitude about them, because they are optional.

Here are some more circle blocks.

I have put away the circles I have pieced so far so I don't wear them out from bringing them out to check the balance when I add a new block, and to photograph each time I add a new row.  This means I have to rely on my faulty memory to see if I have made a similar block, and trust that everything will go together even if there are two blocks the same color / style right on top of another. 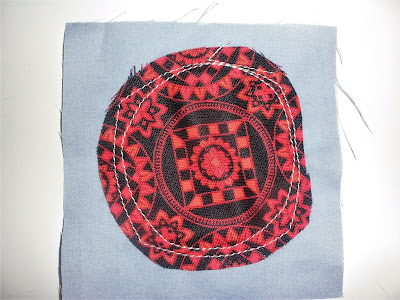 Since I am running behind, I thought I would add a few circles where the fabric does most of the work.  Simple circle. 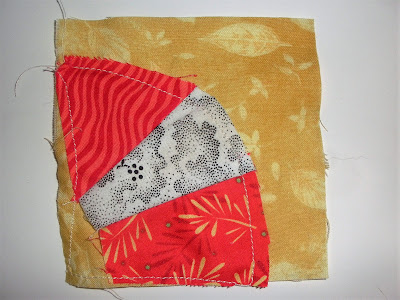 This block uses a leftover piece from the first big block I made.  Goodness, how many leftover pieces are there?  It was a two patch, and I added the third piece that was already cut. This fabric uses a piece from the Millefiore quilt.  I haven't worked on that quilt for a long time. 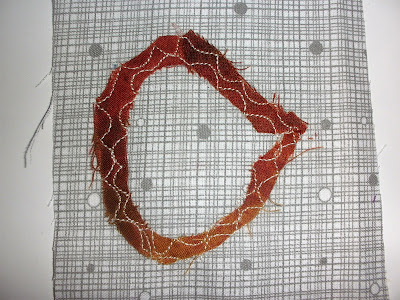 This piece uses leftover fabric that already had fusible on it.  I have run out of fusible already. I think I am going to have to invest in a bolt.  I like how the circle doesn't end circularly. It makes me think of a speech bubble.  And as a bonus, that dot on the background fabric looks like an eye and the triangle is then a nose. 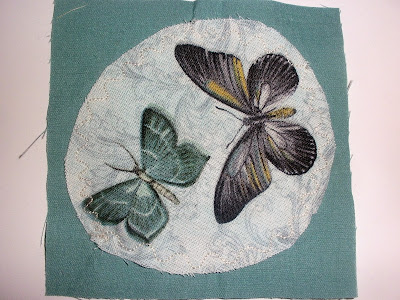 I've used a butterfly before, and it will wind up pretty close to the one I used before, but again, using a simple circle and letting the fabric do the heavy lifting. 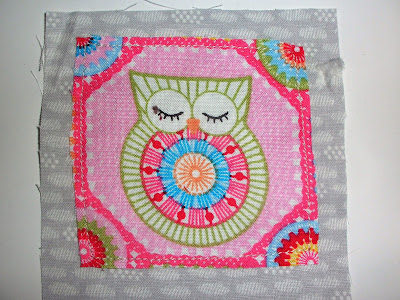 I tend to cut circles even though the fabric already has a circle in it, so this time I decided to cut a square. 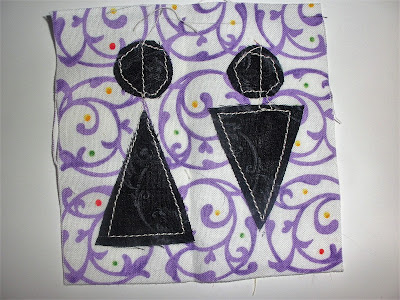 I saw this on Facebook on a clothing label that said that it was washable by both men and women.  I like how the simple shapes can be used to signify people and how it is pretty easy to tell which one is which gender.  I wonder if it is as easy for younger people who aren't used to seeing women in dresses and skirts to tell the difference. It is also appropriate now with the current controversy about which bathroom transgendered people can use. 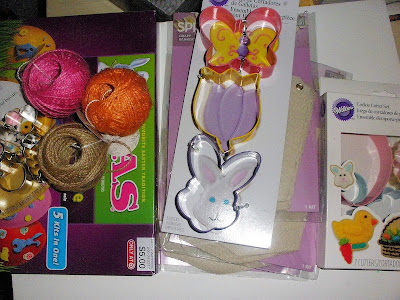 This isn't a circle block, and I don't normally show purchases on my blog, because I don't want to encourage people to buy stuff they don't need, but I found these things at the after holiday clearance at a couple stores.  It's probably too late for you to find deals like this this year.  Some of it was only 50% off but most of it was 90% off.  I think these will be great craft-making supplies.  Cookie cutters can be used for quilt templates and the burlap tags underneath the cookie cutter will make great prayer flags.  I don't know why but the colored twine makes me happiest, at ten cents a piece, even though I saved more money on the tags and the coloring kit, which were 50 cents a package.

Linked to:
A Colorful Life

Great to see the new blocks! And the Easter deals are nice.