Here are some more blocks for my Quilty Circle 365, where I try to make enough circles to represent each of my days. 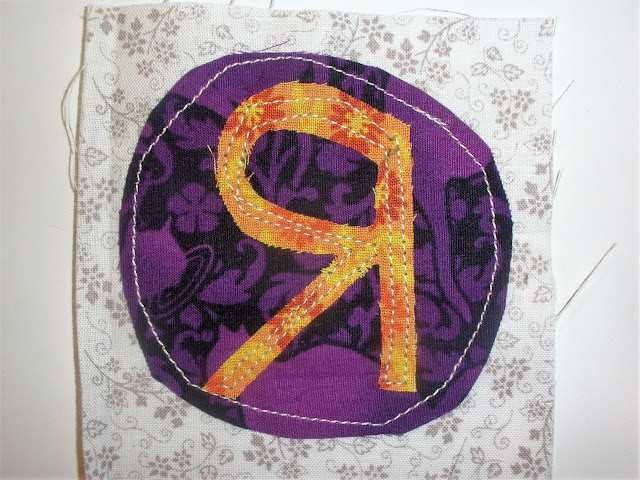 I decided to include the word "rules" in the quilt, partly because it would give people an idea that this quilt was about rules, and the breaking thereof. Partly because that was five circles all in one idea!  The original plan was to start out with a very prim and proper R and work my way down to rule-breaking more and more as I went along, but that sounded like the correct way to do it.  That and I drew the pattern wrong. 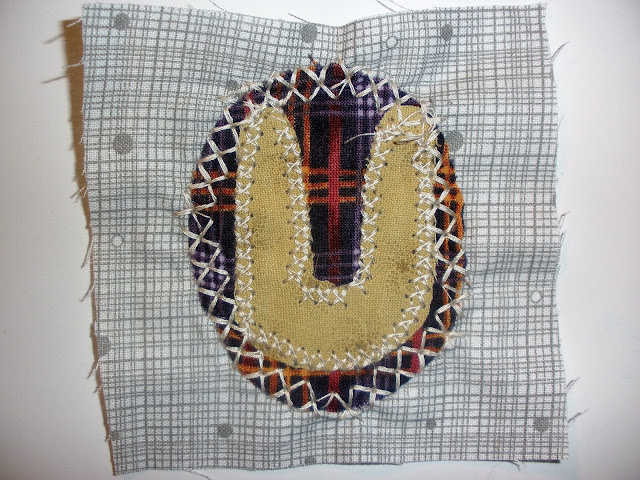 This one uses two different cross stitches on my sewing machine.  This one makes me think of football for some reason.  When I prepared these blocks, I was expecting to use orange variegated thread, but I ran out of it in the bobbin just as I finished needing it on a project I am helping someone with, so we are back to a neutral thread. 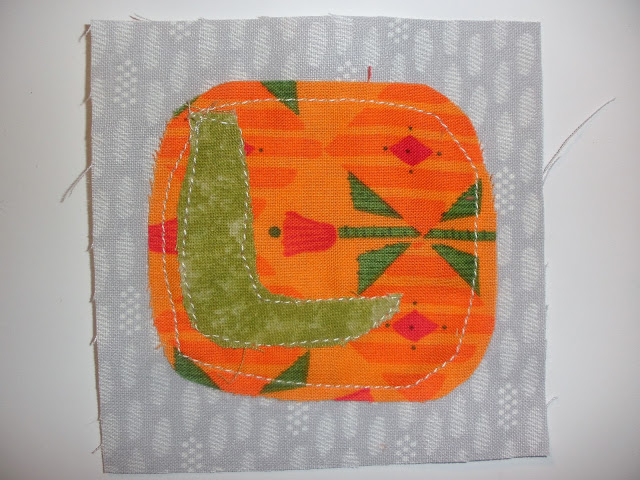 This one uses orange because that is the color of the month. I broke out a never-before-used-by-me fat quarter to celebrate this color. The L is stopping to smell the sideways flower. I put it sideways on purpose so it was easier to see, and, you know, it is breaking another rule we didn't know we had. 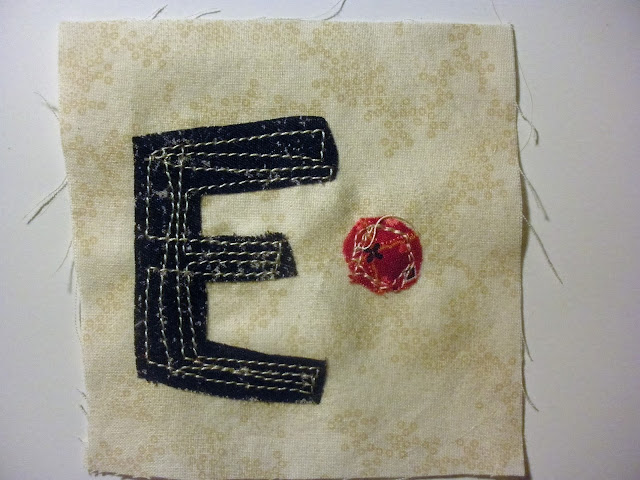 Don't forget to dot the e. Since all the other letters were inside circles, this one had to be beside one.

I thought I had used up the last of that blue fabric from my high school days but my mother gave me more.  If I am still using material I got in high school, that means I must be really young still, right? 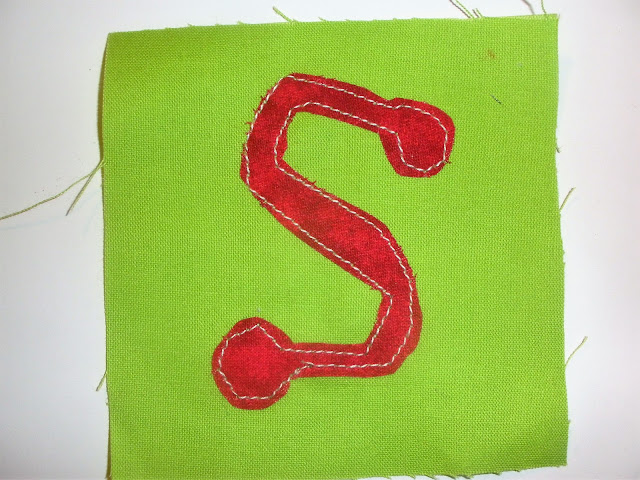 A different way to incorporate circles in a letter. 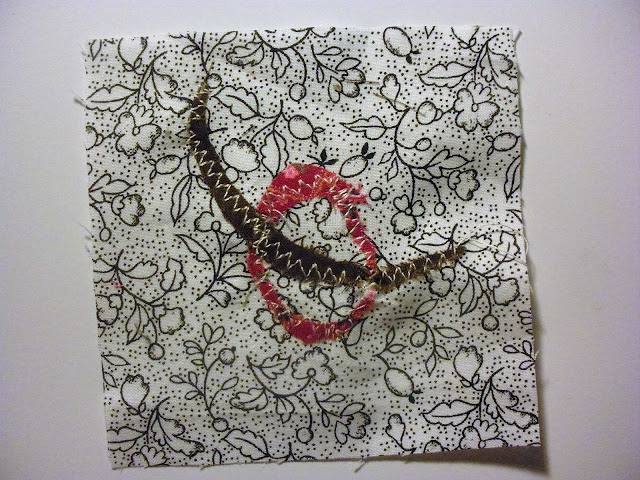 A subtle way to say don't. Is it saying don't break the rules, or don't follow them, we don't know.  Sometimes it isn't always clear what the rules are until you get in trouble. 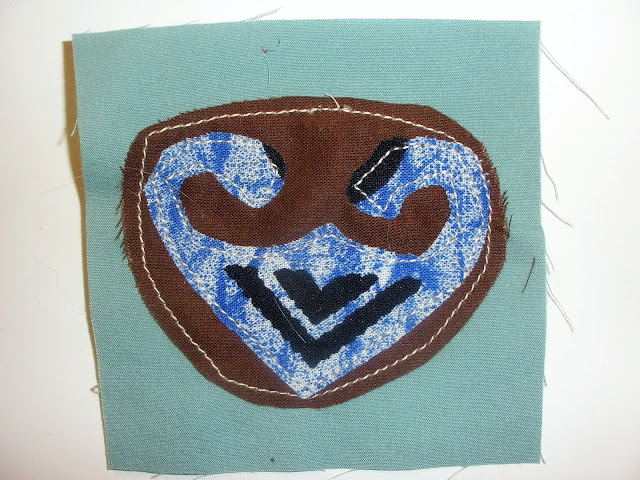 This one uses leftover fabric from the Adrinka BOM.

Seven circles is a nice number to share for the week.  Unfortunately Day 127 was on March 21, so I have a few more to do to catch up in March before I can even get started for April.

Linked to:
Oh Scrap!
Posted by Shasta Matova at 8:00 AM

I like your creative way to incorporate circles in the letter blocks.

Your circles are so creative. Your quilt will certainly tell a story. Thanks for sharing with Oh Scrap!

I love watching your circles and what you do with them!

LOVE your letters!! You're going to have one VERY interesting Quilty 365 quilt.

Don't break the rules - or break them. Our choice sometimes...
These are really fun to see. Thanks so much for sharing.

Brilliant - and I laughed out loud about the 'r'!