Why My Sewing Room Doesn't Get Clean

I was in my sewing room straightening it up.  I came across a box that had the Adinkra BOM quilt top and the leftover fabrics I was using and auditioning for it. It was too full to close properly.   Since the quilt was already pieced, I figured I could take the extra fabric and put them away for future quilts.

Then I could just leave the quilt top and any potential border, binding and backing fabrics and put the box back in the WIP /UFO stack.  I opened the box that held the other ethnic fabrics so I could put the extras away and came across another piece that I thought might work for the border. 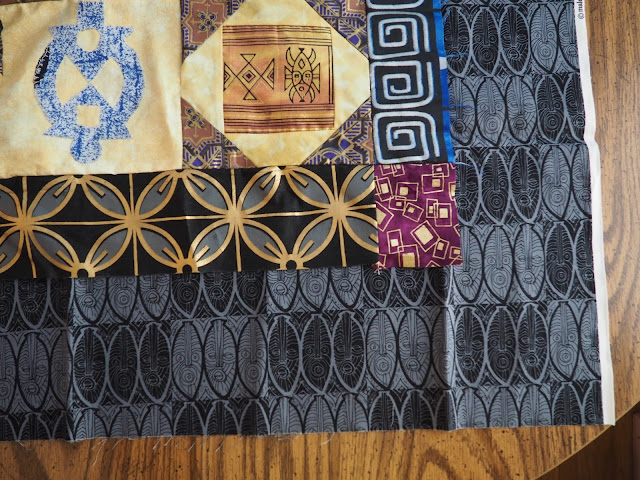 I brought it downstairs where I could properly lay out the quilt to audition it.  The faces make me think of ancestors, which seems appropriate since I have been obsessively working on genealogy all week.  [I banned myself from doing any genealogy research yesterday, and I had withdrawal symptoms.  I got a fix by indexing some records. Today I am devoting to quilting. There's nothing like substituting one obsession with another.]

It's a little plain, which would work on keeping the attention on the center.  I liked it, but realized that the faces weren't going to be in a nice straight line, unless I cut the fabric on the bias, which I don't like to do for borders. I guess it  would be okay if they aren't level. 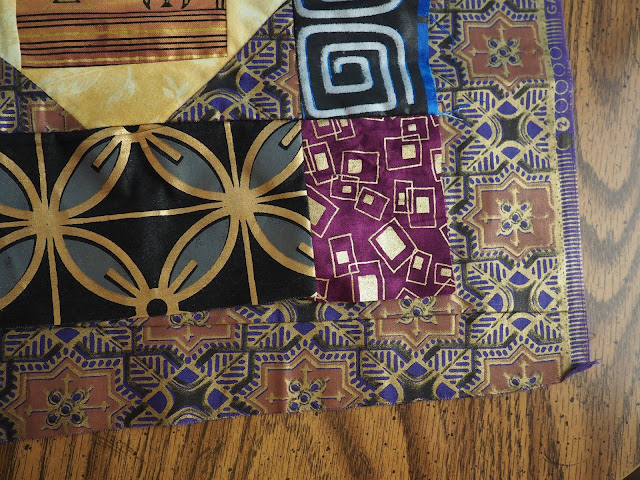 I went back upstairs to find my original potential border fabric so I could properly compare which one I like better. While I was in the box, I found another piece of fabric I thought might work.  I auditioned the original potential border again.  Busy, but looks okay. It is a smaller piece and I will have to be careful to cut a border size that will border the whole quilt. I've shown this one to you before.

Hard to pick which one is better. 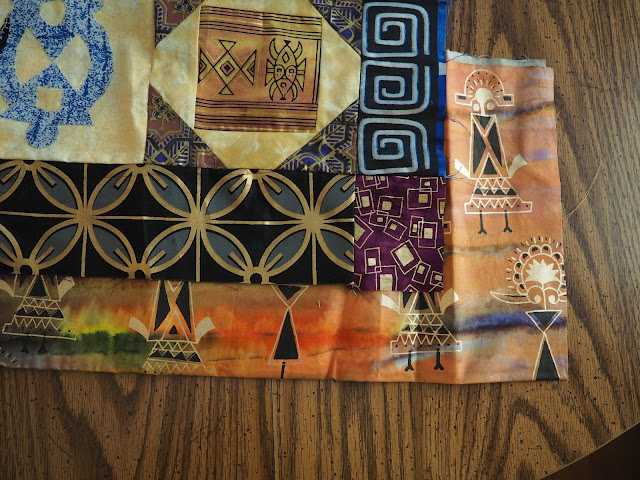 Then I auditioned the other piece. Pick me!, it said.

It is probably a piece I had rejected in the past; my ethnic fabric collection is small; but today, it makes me happy. It still has the ancestors feel, but has plenty of plain background to keep it from looking too busy.  The orange and green colors aren't in the center, and I'm probably mixing and matching cultures, but I think they still look good together. 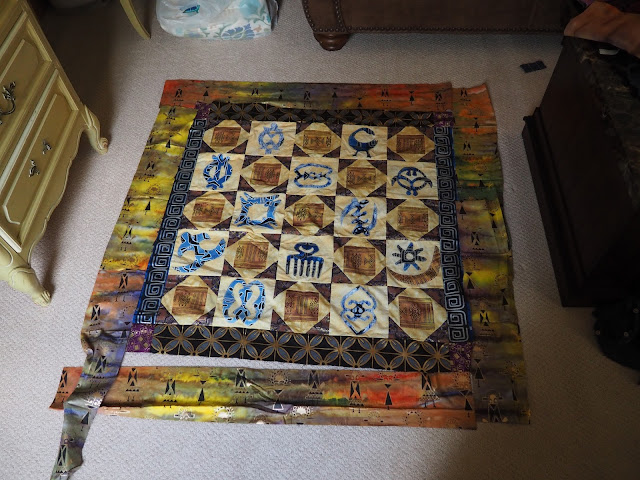 That last one looks perfect.

Goofin' Off Around the Block said...

That looks absolutely stunning! "Pick Me" definitely is a keeper. Happy sewing! Andrea

Yep, that's the one!

An excellent choice, especially with the added subtle colors.

I like it! Hurry up and sew it in so you don't think about it any more. :)

Thanks for linking up with Oh Scrap!

It really is nice when you have a choice that says "pick me". It's going to be a beautiful finish.

Gorgeous!!! Love how this turned out ❣