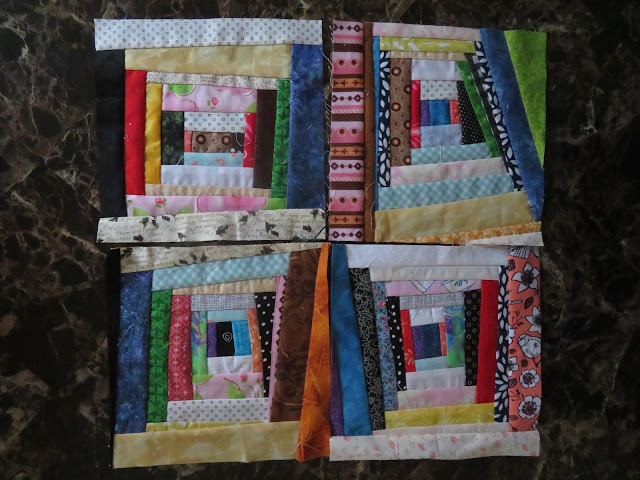 Time to check in for my weekly recap of stitching for 15 minutes a day.  I did well this week, actually stitching every day, sometimes for more than 15 minutes. I stitched more rounds to the courthouse square blocks, aiming for the 8" size.

After watching the impeachment hearings, I am thinking about changing the name of the quilt to "Not as Outlandish as It Could Be."    Some of my centers start out as triangles instead of squares or rectangles, so they are even more wonky than the crooked blocks shown here.  If I am up to it, I might add some wonky lettering to this. 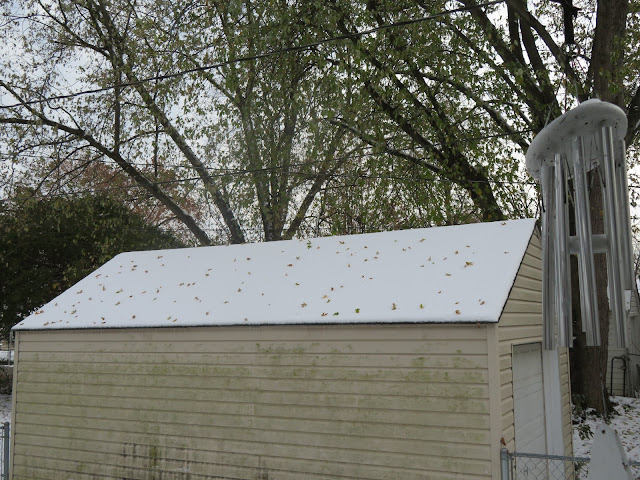 OMG! Wonky would drive me crazy!! I am the one who straightens every tilted picture frame I see!! LOL

You are so good and keeping yourself sewing. I don’t seem to be doing too much lately... rats!

Yes, scrap bins/boxes are like that -- they seem to have a huge variety but when you've pulled that particular blue print out for the fifth time you think about adding just a few pieces from here, and there, and maybe some bright purple would be good, and . . . so the scrap box never gets completely empty! (I really like the wonky courthouses, which are very apt for the impeachment hearings.)

That looks like a fun project!! Wonky CAN be wonderful. :o))

Hmmm, I think I need to wander into some outlandish courthouses! Those look like fun and I think I have just the scraps to get started.

That sky photo is beautiful...reminds me of batting. Lol. These wonky kind of courthouse steps are wonderful.

I really like that really wonky one on the top - great project!

I smiled at your 'political' reference. =) Politics in your country is fascinating! As for your court house steps....they are fabulous. LOVE wonky!!

It has to feel good to use up those strips to make those very fun blocks. Congrats on a good stitchy week last week. Hope this one has been as good (Sorry for the very late reply, work has been a killer this week).