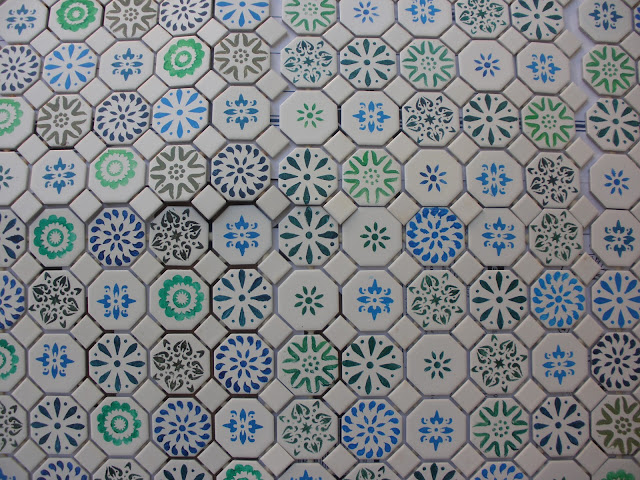 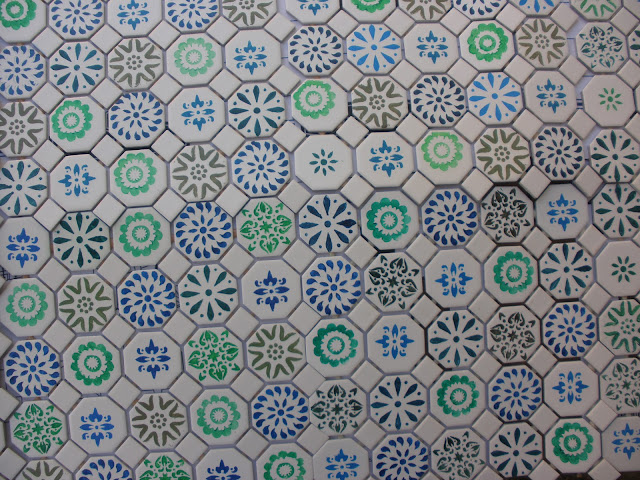 The tile quilt is getting put together quickly. Since the rows are mirrored, I can work two rows at a time.  But I haven't had much time to work on them.  Hopefully after the party, I will have a finished top to show you.
Posted by Shasta Matova at 10:58 AM

This is just lovely and made by you...congrats!! I saw you won a giveaway..contrats on that one too. Hope you post a pix of the finished kitchen.

Those are just gorgeous - I just can't wait to see the finish, it'll be stunning!

Wow those tiles are gorgeous!! I don't think I would have the patience to paint so many.