Way back in November 2015, I joined the Quilty Project 365. The goal was to make a circle block a day for a year to make a quilted diary of sorts. My project morphed into something that doesn't quite look like circles, and maybe not so much a daily sort of project.  But as I make other things, I do try to make some sort of circle with the scraps so I can move that project along.  Here are the blocks I made with the scraps of the Adinkra project.

I'm not keeping good track of my progress, and don't really know how many blocks I will wind up with, but I think I am around block 174 or so. I haven't sewn these down yet, but they give you a pretty good idea of what they will look like. 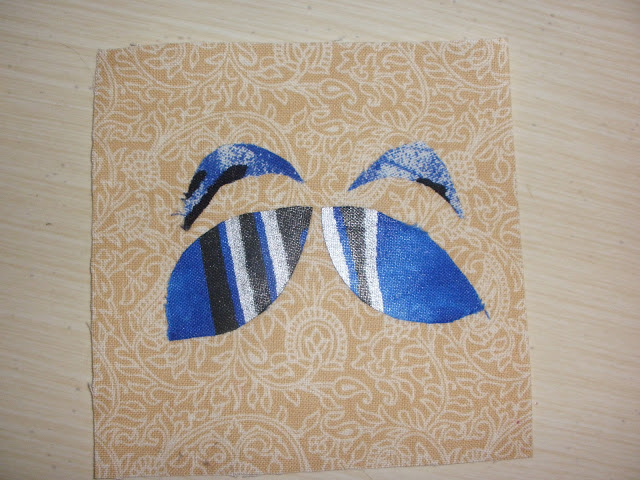 I tried to keep the shapes pretty much the way they were cut out. 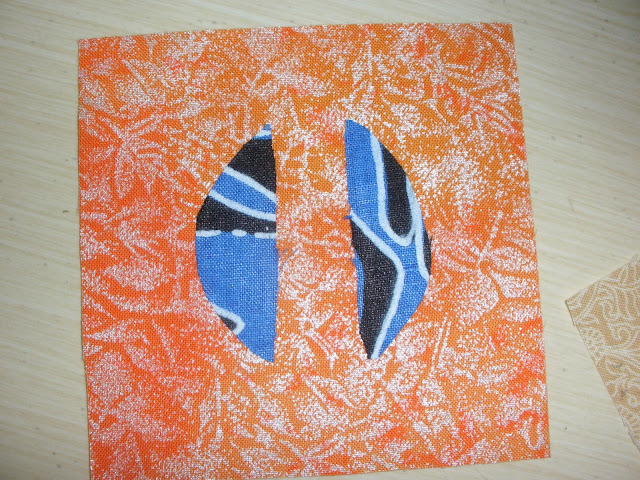 This one even has the same spacing as the original block. 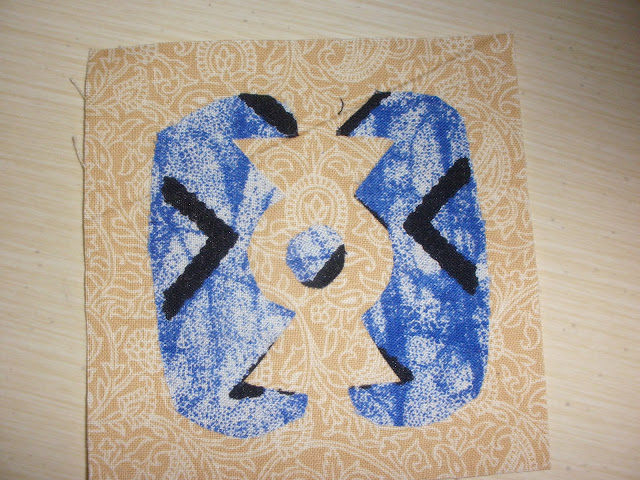 I trimmed these a little to make sure there would be room for a seam allowance. It makes me think of two people fighting for the ball, which is pretty appropriate for all the political fighting we have had lately. 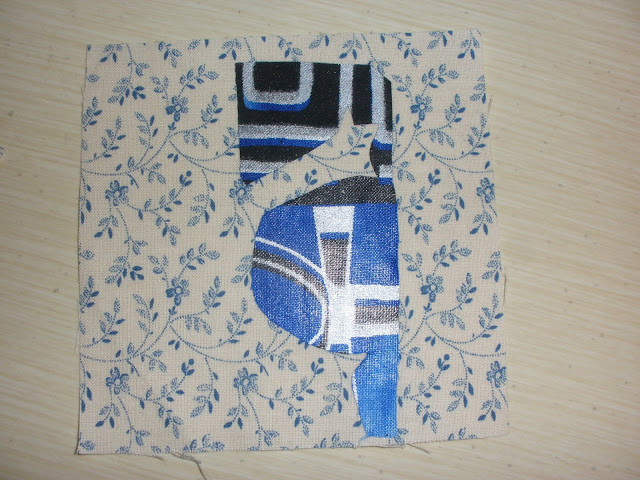 This one is also the way it was cut out. It makes me think of the pro-choice / pro-life debate that has also been going on lately. 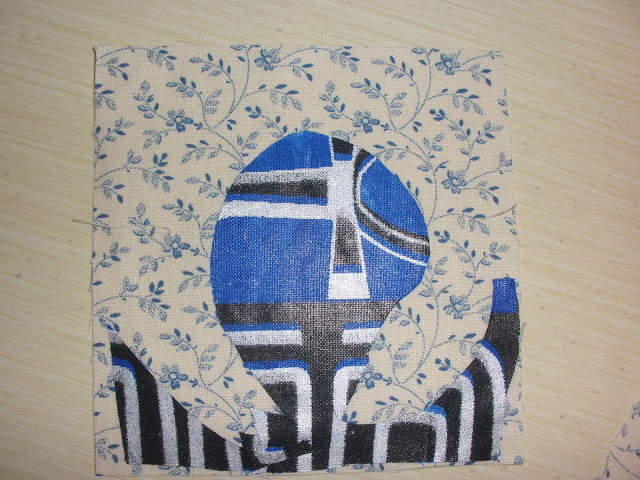 I probably won't keep all of these next to each other because they have similar fabric. I did find a box to put my blocks in, so I am not as anxious to sew them together as I was before.  I'm not sure that is quite a good thing, since that means there will be more blocks to put together at the end.

Linked to:
Oh Scrap!
Posted by Shasta Matova at 4:35 PM

Your blocks for this project are so interesting. Don't let them hide away too long. I can't wait to see them all together. Thanks for sharing with Oh Scrap!

An interesting layout of the 365 challenge. I am currently in the process of sewing my 366 blocks together but it is just tooooooo hot to think sewing here