Generations of Red and White Quilts

While I was sewing the binding of the Red Snowflake quilt I showed you last week, I watched some You Tube videos of Mill House Creeks.  She was talking about Generation Scrap Quilts.  The concept is to take the leftover fabric of a quilt you made (first generation), and use it to make another quilt (second generation). She even made a third generation quilt.

Being interested in genealogy, I liked the idea of a generation quilt, although I'm not sure I agree with the rule of not adding additional fabric. After all, the next generation gets married, so there is fresh fabric in the mix.  This was my idea all along with this fabric, and I had already planned other quilts with the leftover fabric. 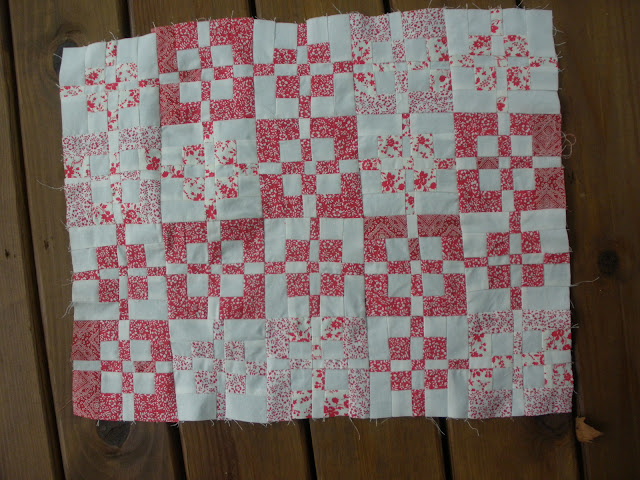 The first generation was the Red Snowflake I showed you last week.  I didn't realize there was the red row that had all the same fabrics (more red than white), but I am going to leave it that way.  Picture a dark ribbon over a present filled with little presents.

This is a second generation quilt which uses the same background and the same bandana fabric as the Red Snowflake.  There are two other reds that join the mix. 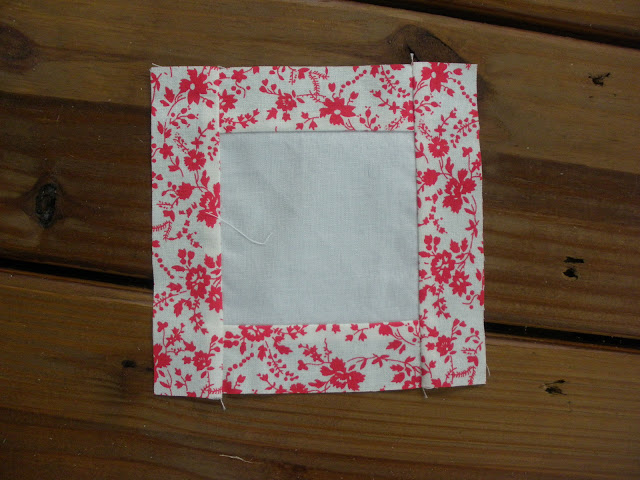 I decided I had made enough presents and decided to use these leftover blocks for a different quilt.  That probably makes these blocks a third generation. 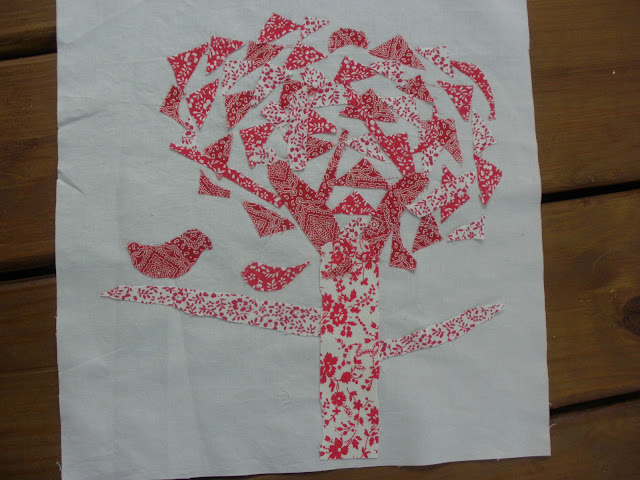 I took the leftover scraps and glued them down in this fashion.  I'm not sure it looks like a tree. Maybe if I take the branch on the right off, it will look less like a flower.  Will see if I can add it to the trunk to make it look more like a trunk. Is this the fourth generation, since the third generation blocks aren't done? I did finally throw away the rest of the scraps, so there is not likely to be a fifth generation.

Edited to add:  Oh wait, I forgot about some other scraps, so yes there will be a fifth generation. Most definitely.
Posted by Shasta Matova at 6:23 PM

Very fun generations. I like your tree. It looks like a tree just the way it is.

I like the addition of new fabrics - practical, but it also keeps things interesting for you as you go along.

It looks like a tree to me. The birds are a nice touch. This will be lovely - whatever generation it may be :-)
I guess Scrap Vortex Quilts, by that definition, will be a multi-generational pool party.

Beautiful projects. I will watch the video as soon as I can!
Thank you for sharing!