When I turned the page to November 16 in my 5-year diary on Thursday, I saw that it has been a big day over the years.  In 2014, I got a cute sticker I was able to add to beautify my page. Apparently that was the only exciting thing that happened that day. But in 2015, I was painting my picnic table and in 2016, I finally found and bought my sofa.

The other exciting thing about that day was that it was Day 1 of the Circle 365 quilt. The one where you make a circle a day for 365 days and at the end of the year you can make a whole quilt out of your circles.  Yeah, well, Day 1 was in 2015. And I am still nowhere near 365 circles. I haven't given up on the project, it is just that I keep making other things.

But to commemorate anyway, I made some more circles. I am also showing some circles I made earlier this year but probably haven't shown yet. According to my blog, the last one I showed you was 191 in July. I believe this was a fabric that was gifted to me by another quilter.  It looks like a leftover from a bigger circle. It was in the box unsewn, so I sewed it on. 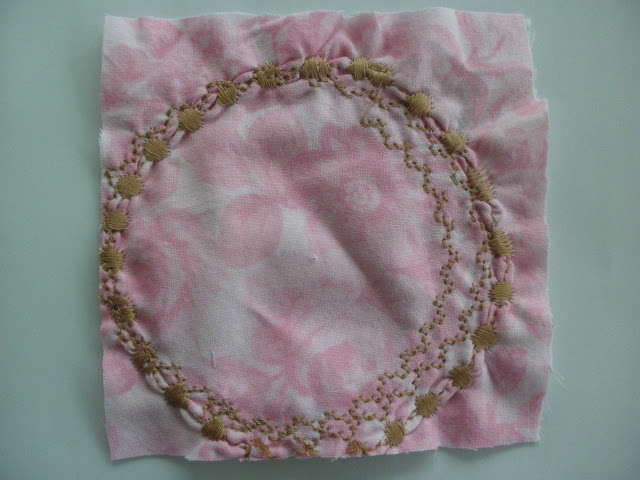 When I bought the extension table (which I still have to review), it came with a circle maker.  I decided to practice using it.   It makes bigger circles than I expected.  Here I am trying to see if I can finagle it to make smaller circles.
. 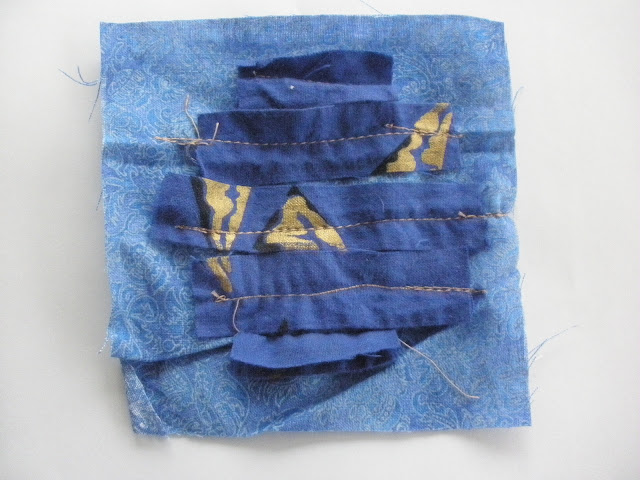 This circle is made of the backing fabric of the Adinkra quilt. I will press it at some point. 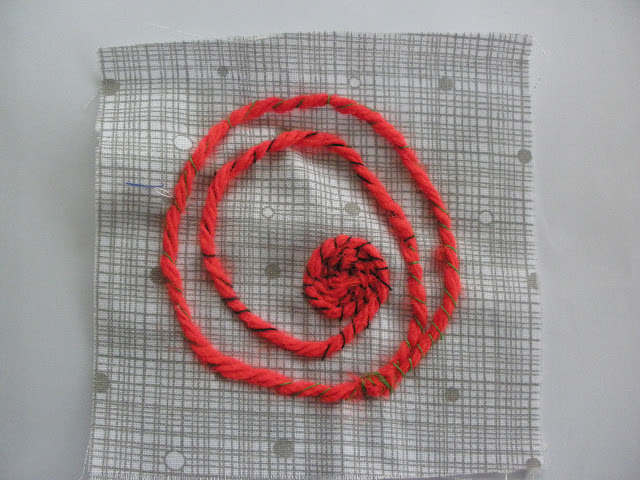 This is one of the blocks that was already made, so I am not sure if I have shown you. I couched a yarn. 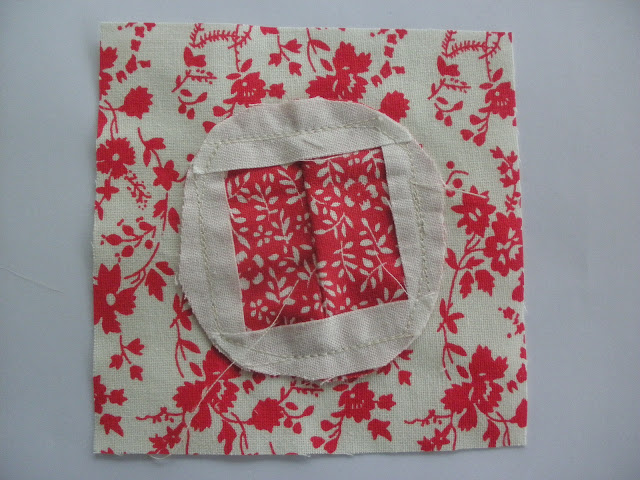 You did expect some red and white fabric here didn't you? Does that make this quilt a child of one of the other generations? Or is it a distant cousin since it won't share much DNA with the others. 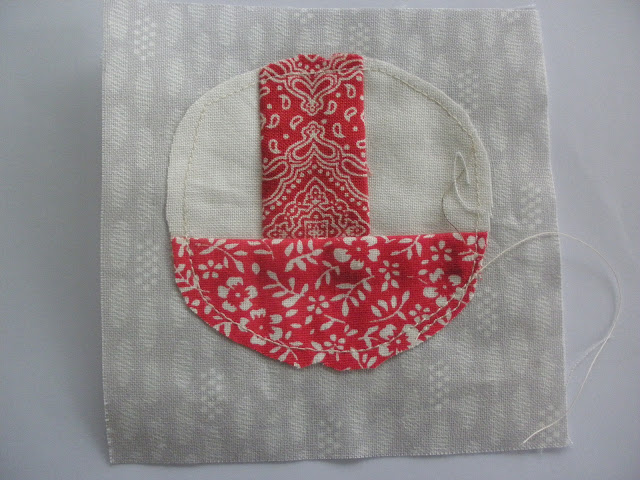 There's another one. Both of these were already made and in the box. 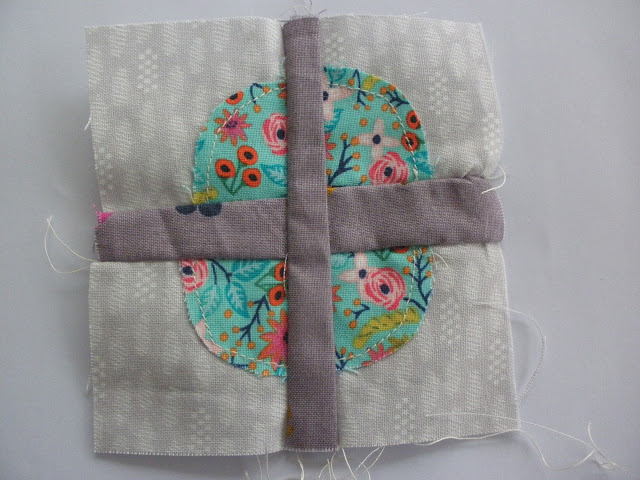 This one was also made from the gifted fabric, and was in the box. 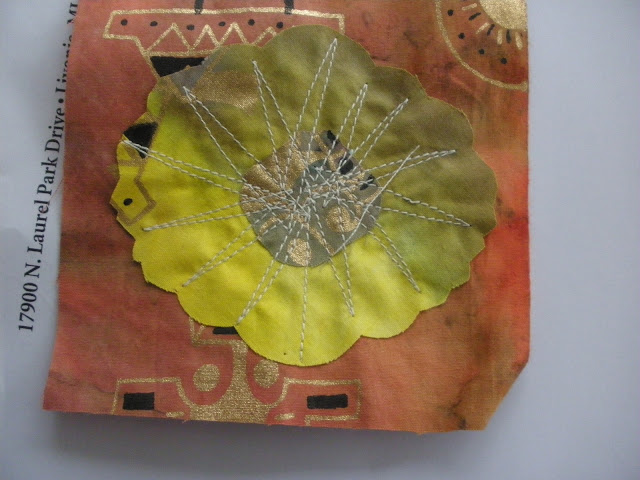 Another one that was already made. It uses Adinkra fabric. The address is from a piece of junk mail I was using as a backdrop.  It was really windy outside and all the blocks kept flying away. 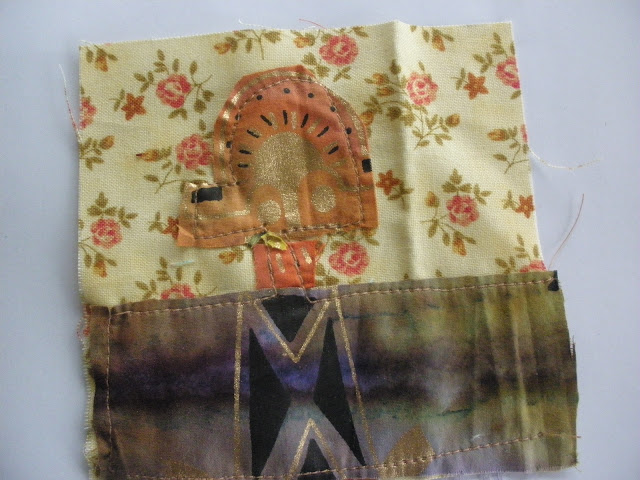 Block 200! You don't know how happy this makes me. Nice big round number.  More Adinkra fabric left over used with Life of Plenty leftover. Of course, if I have already shown you any of these blocks, I may have to backtrack.

Linked to:
Off the Wall Friday
AHIQ 27
Posted by Shasta Matova at 10:41 AM

You said you are nowhere near 365 circles but you must have an awful lot now! How are you going to sew them all together when the big time comes?

I so love your interesting and wild circles! Mine are so
boring in comparison! I think for my last few I will take it up a notch! Thanks for sharing!

You have some very creative circles, Shasta. It will be fun to see all of them together in a quilt when you finish your 365.

I was expecting the 'same old, same old' circles and so I was kind of surprised when I saw that 1st circle. And then I was intrigued and then I was fascinated. Too fun.

Very wonderful!
Great fun, It will be fabulous all together.

What an interesting 'take' on the 365 Circle challenge! I love it. I've been looking at mine (I did 'squircles') and thinking I might want to do another one but with a different slant.

Glad to see you are back at the circles! I love your version of Quilty 365.

These are such clever circles. You really have an eye. I doubt I will ever get to 365 but did make several and need to put them together. Thanks for linking your creative post with AHIQ>

Your circles are so interesting and unique! Love them!