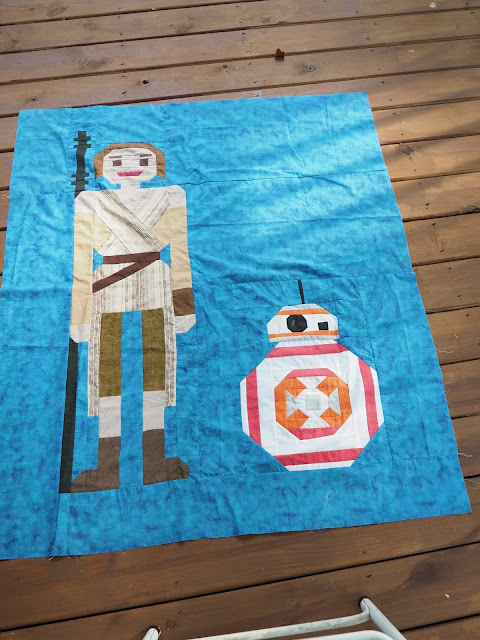 In my last post, I discussed the Droid quilt without explanation.  It is made from a pattern called This Droid is Not for Sale by Hunters Design Studio. It was a free pattern then, but now there is a fee which is donated to charity.

This is a project I made last year - the top is made and I am now working on finishing it up.  See all that open space in the upper right hand corner?  It would be wonderful for a great quilting pattern if I could think of one. 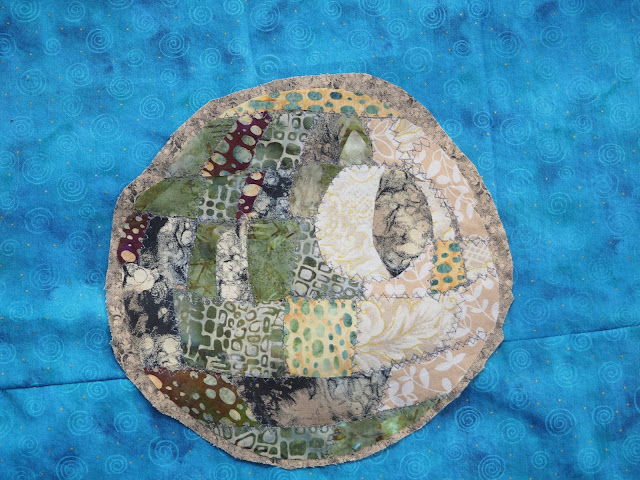 The same week as I discovered the Droid quilt, or maybe it was the same month or quarter, I don't know since I made myself hold off on starting this project as long as I could, I discovered a pattern for a Death Star by Quirky Granola Girl. I thought it would fit perfectly in that vast open space.   It is supposed to be English paper pieced but I just fused the pieces down onto a background fabric. I didn't do as good a job with the shading as I could have, since all of the fabrics had light and dark sections and I didn't want to poke holes throughout all these fabrics. I think it will be okay.

Is it too small? I can make another, bigger one. I was originally picturing it bigger but maybe smaller one looks farther away? The current plan is to turn under the edges so you don't see the background piece. 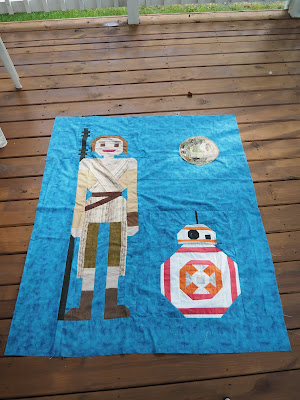 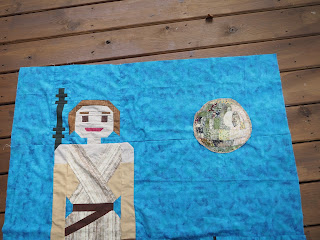 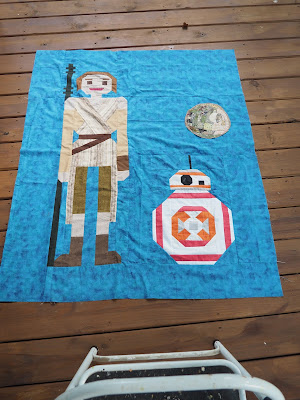 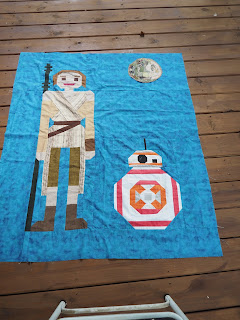 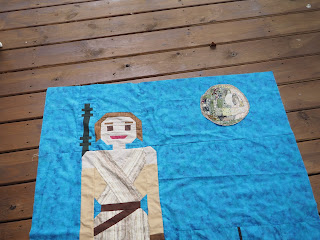 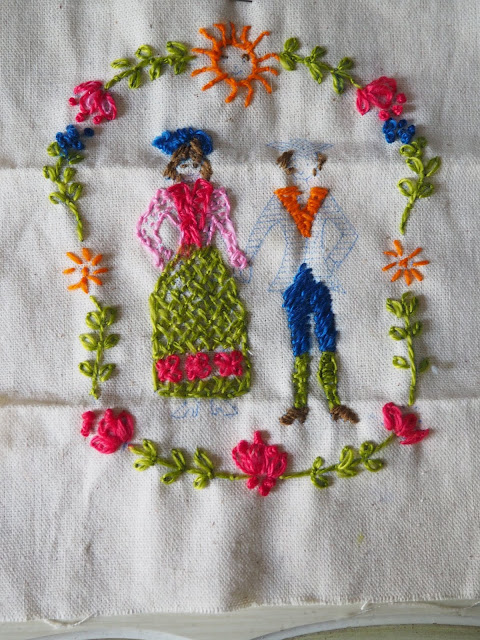 Here is a current picture of the stitchery I am working on.

Oh this is good! I pattern tested General Organa for Sam and made the BB-8 quilt for my grandson. You can check out my blog post about it here if you're interested - https://runsewfun.blogspot.com/2017/05/bb-8.html I linked to quilting options I considered and shared my decision.
Hard to tell from here but I think I like the Death Star at head height. Go with what YOU like best!
It was fun finding your post. I'm glad you linked up with Lorna.

Wow! You look like you're having such fun. The Death Star is great! Just the right colors to look like a planet up in space. I like the head level placement, or the one above the head... the size is just right.

That's a very fun block! I like the death star at about head level, it looks more balanced there. What a fun idea to fill in the space in that upper corner.

thanks so much for linking up!

What a fun project!

Cool! I never thought of using a paper pieced pattern as a fusible design--can you share your process? That would open up so many possibilities!

As for the location of the Death Star, I think the size is good and agree that it helps make it look far away. I like head level or above head level. This is super fun!

I like your embroidery, good progress and beautiful colors!
Cute little droid.

LOVE THIS!!! I like the Death Star at head level - just seems more balanced. But honestly, you could put it anywhere! What a great quilt!