2019 has been a good year for me, especially on the quilting front.  I joined the challenge to make a small quilt a month, and because of that, I have lots of finishes to show you. Let's charge right in, shall we?

In January, I made Vintage Holiday. The pattern is in a magazine, and I was smitten as soon as I saw it.  Since I took the picture, I took out the lace that is on that tree, lightly coffee-dyed it so it wouldn't stand out so much, and put it back in. 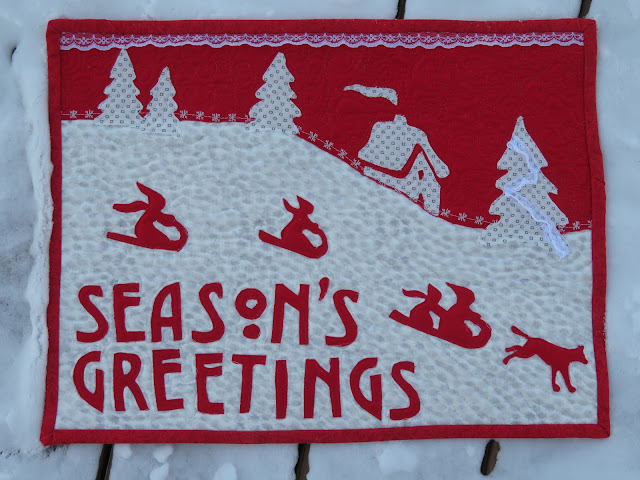 
In February, I made the Mighty Matchstick Mansion. I've posted a tutorial for it. 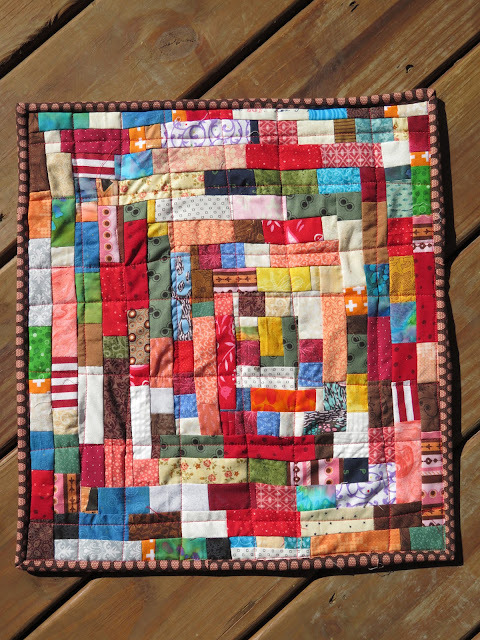 I also added borders to my Cultural Fusion rail fence quilt as a part of a blog hop. 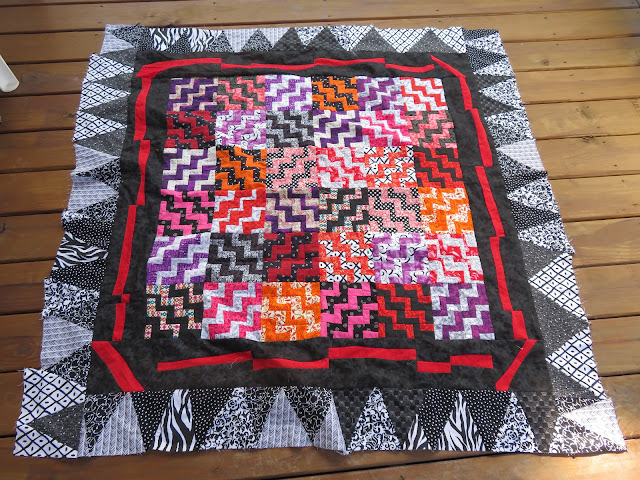 
In March, I made the Butterfly Wreaths quilt.  It started out to be a mini quilt, but I was enjoying making the blocks to much so it is a bigger than a mini quilt, more like a small wall hanging. 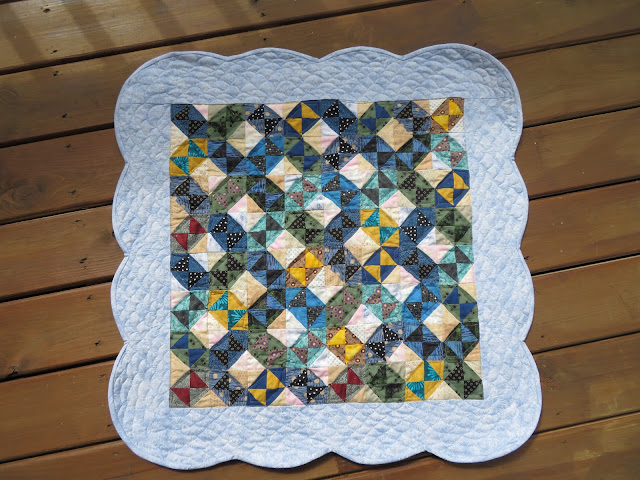 In April, I made the Bunny Parade mini quilt. 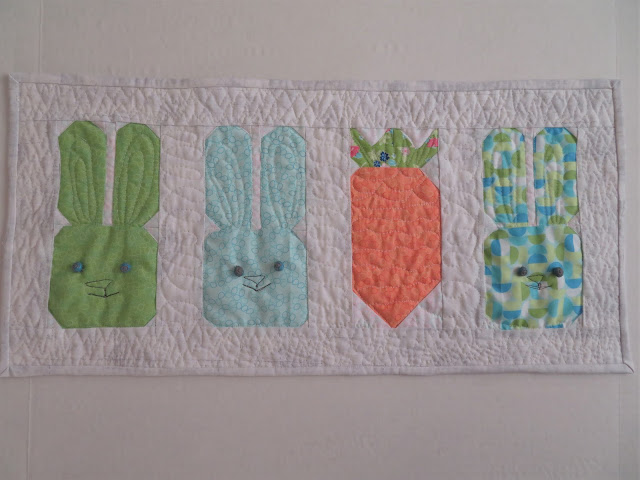 I also made two quilts for Be a Diamond blog hop. 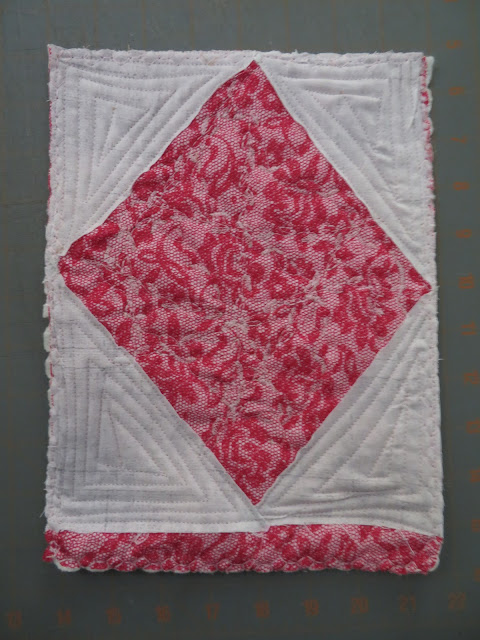 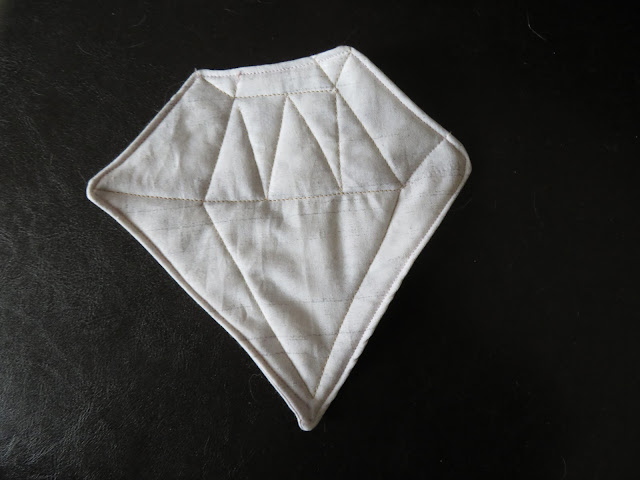 I didn't have any finishes to show for May. I worked on making yo-yos for a yo-yo quilt, the Seiring family genealogy book. Also in May, I started making the daily index cards. 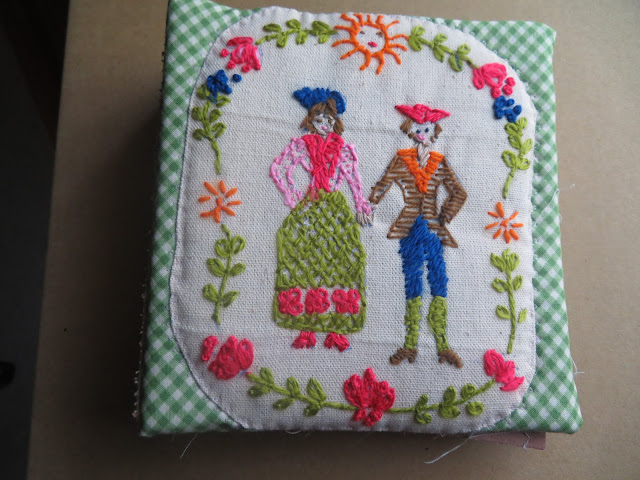 In June, I made the Eyes mini quilt. 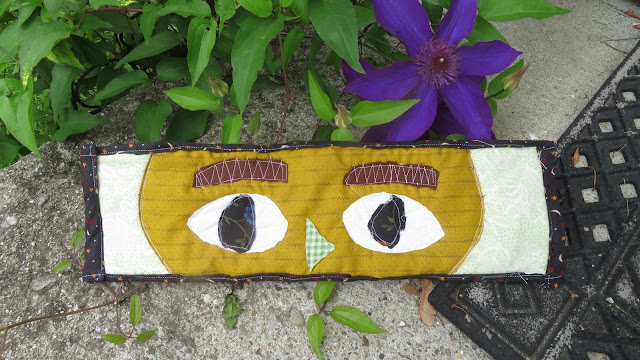 In July, I made the Fuschia Fairy mini quilt. 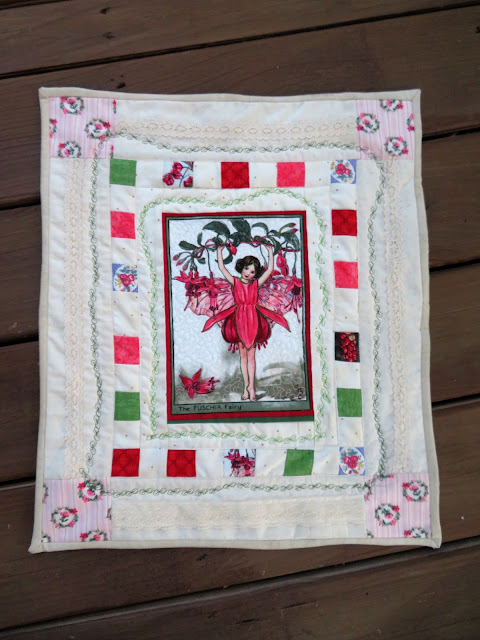 I also made this lap size commission quilt, called Love and Happiness. This is a pretty big lap quilt. 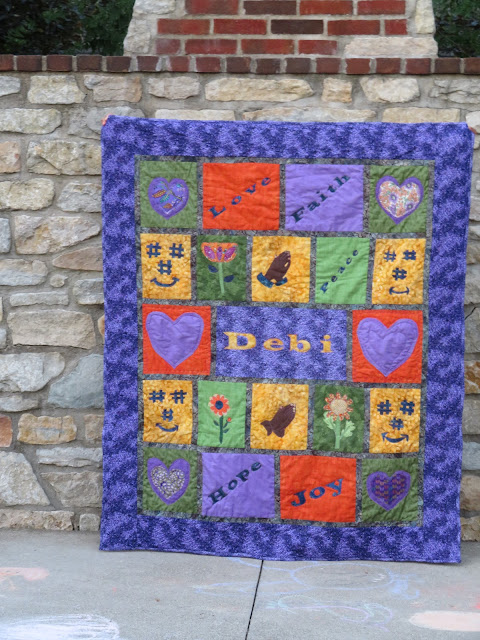 But that's not all!  I also finished making the blocks on the Fourth Rail (rail fence) quilt, and tried out different layouts. I also made more blocks for the ATC holder.


In August, I made this small black and white Neighborhood quilt. It was an impromptu quilt. I saw the pattern and made it right away, although it was more that I used the idea and not really following the pattern. 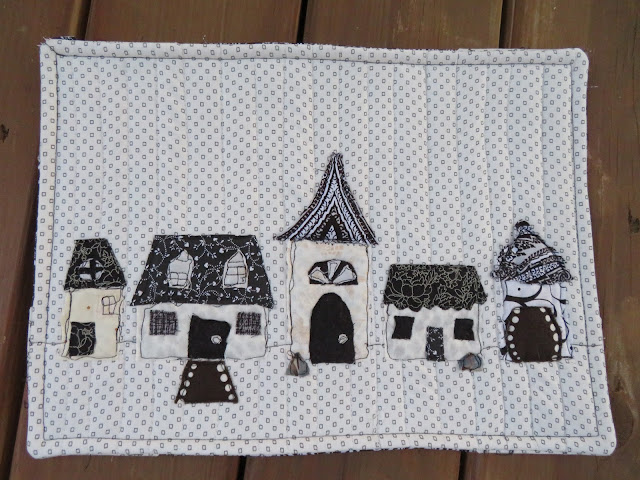 I didn't have any finishes for September. I worked on a collage quilt, and made a couple of charity quilt tops. I have a tutorial for the collage quilt also.  I also spent a lot of time quilting a Drunkard's Path quilt which was a UFO. 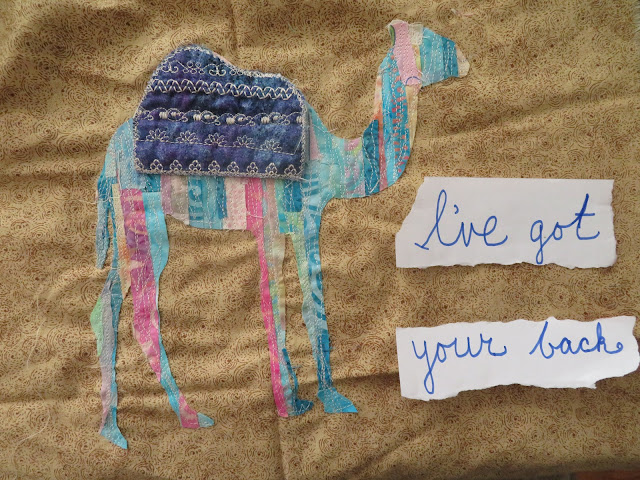 I didn't have any finishes in October either. I started piecing Courthouse Steps as a way to use up small scraps.  I continued to work on the Drunkard's Path quilt. 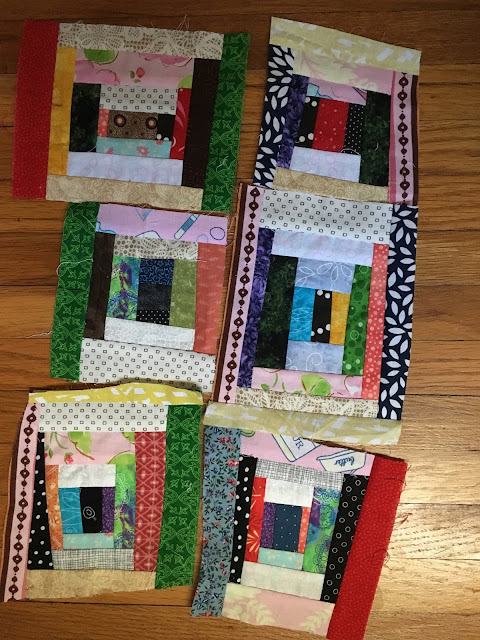 In November, I finally finished the Drunkard's Garden quilt. It started as a flimsy I made in 2003 or thereabouts. At that time I had a lot of trouble with free-motion quilting and was sure I would ruin this beautiful quilt if I tried.  It needed time for me to increase my skill level and my confidence.

I did some intricate quilting on it and finished it off. I probably used up the reddish purple fabric I had saved for the backing and binding, and used a recently purchased blue instead. 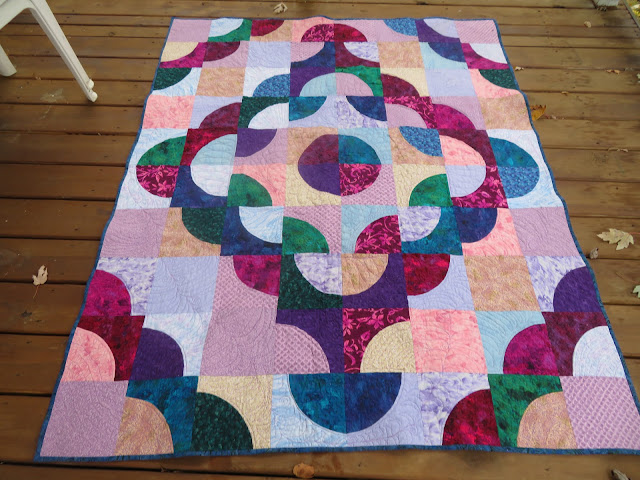 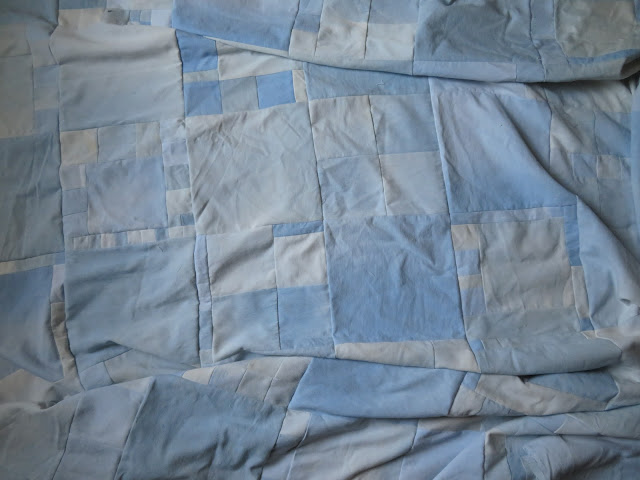 I had been working on the Shirts Quilt since October, but since it was a gift, I didn't blog about it until the end of December.  It is a bed size quilt made out of uniform dress shirts. 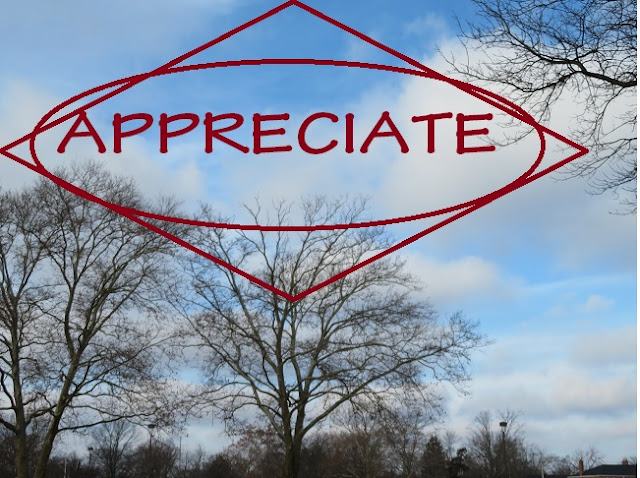 The word of the year was Appreciate, and while I kept forgetting what the word of the year was, and didn't follow through with writing what I appreciated in every blog post, I think I did internalize it though. There were many times throughout the year where I thought about something I really liked, and even routines such as cleaning were done with a different attitude. Less "I'd better clean up this pigsty" and more "I really like this house; let me treat it better."

Week 52 of Fifteen Minutes to Stitch 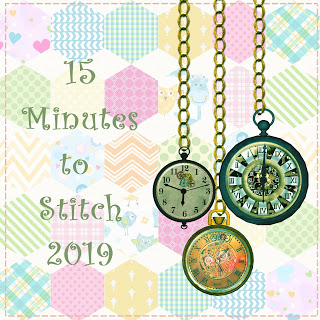 I joined Kate's 15 Minutes to Stitch challenge again this year and tried to stitch at least 15 minutes every day.  I was flexible in this, as sometimes I missed some days and made up the time some other time during the week.  Some of this time was used to clean my sewing spaces.  I really think this challenge is what keeps me as productive as I have this year. It gives me permission to make the time to devote to quilting and stitching, and those few minutes a day really do add up. It is quite possible to make a lot of progress just a few minutes at a time. It takes longer to reach the finish line, but it really does help make sure that we take the time to enjoy the process. You can see my 15 Minutes to Stitch Challenge posts.

I might as well go ahead and post my end of the year stats here. The last time I posted was week 49. I didn't post after that because I was working on the shirts quilt and I didn't want my family to ask questions about what I was working on, in case they had a sudden inclination to read the blog. 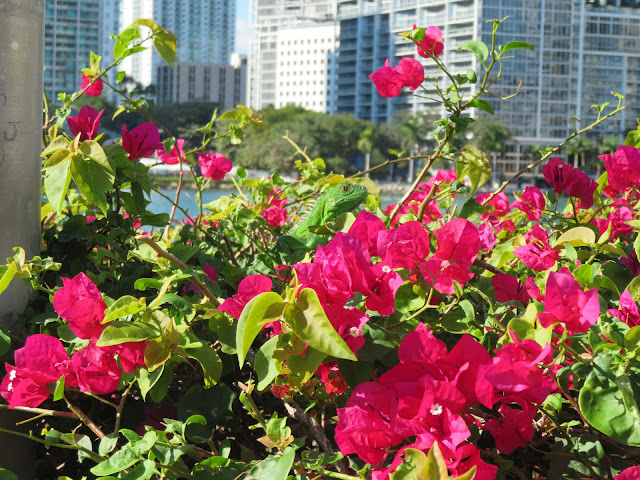 Did you notice the chameleon in the photo?


One Card a Day 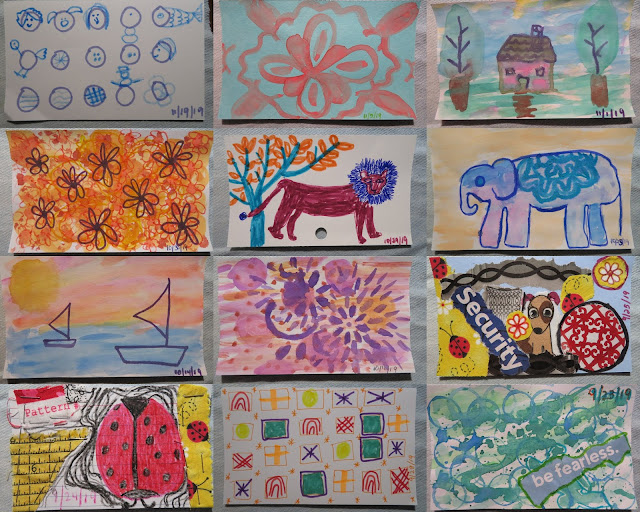 This year, I started decorating index cards, about one a day.  You can see my One Card a Day posts using the Index Card Drawing label.

I hope you have enjoyed this review of my quilting progress this year. Which one is your favorite?

I've been doing a yearly review for many years, the oldest post I can find is 2008.  You can see them all here.

Linked to:
Monday Making
Posted by Shasta Matova at 8:51 AM

I love your March quilt, there is just something about scalloped edges that make a quilt so much fancier! The colors in the Drunkards garden are absolutely lovely as well. Great quilts this year!

You've had a very busy year with lots of wonderful finishes. Thanks for sharing and giving me some quilty inspiration.

It's always interesting to look back at what we've accomplished during the year. You tackled a very diverse group of projects.

You had a great creative year! I hope 2020 is a great success too!!

You've had a very productive year and it looks like you've learned some new things. It's so fun to see it altogether here. I think it's important to learn new things as we improve our craft. I really had to study the picture to find the chameleon. Look forward to seeing what you have planned for 2020.

I love the variety! And the humor in "I've got your back."

Happy New Year. You had a wonderful full year. Let's see how 2020 turns out!

Happy New Year! The Drunkard's Garden Quilt is my favorite. I love the lavender to red violet fabrics you used in it, the colors really pop. Thanks for participating in the 15 Minutes to Stitch this year. It's always nice to hear that someone finds it helpful. Wishing you an equally successful 2020.

So many beautiful projects clearly show that you have had a productive year full of beauty. Love the Cultural Fusions quilt. Wishing you lot of love, joy and creativity in the new year!!!

I really love your January Seasons Greetings! It makes me smile.