When you borrow things, there comes a time when you have to return them. I borrow lots of books from the library, and lately it has been a juggle on returning them. The library lets you borrow books for 28 days, and then you have to return them. Sometimes you can renew them, if nobody else wants it. The library lets you renew them online, but if someone else is reserving a book, then you can't renew it. Sometimes though, someone cancels a reservation on a book, or someone else returns theirs earlier, and then all of a sudden, you can renew a book.

I've had lots of books that are coming due soon. And I have been trying to read them in the order they are due, so I can get through them before I have to return them. Lately, there has been a lot of shifting, so that the book I thought was due first is able to be renewed. Or a book I thought I was going to renew when it is due is reserved and suddenly it is higher on the due date list.

I think I shifted between 4 books this month! I read some of it, only to find out something else is due earlier. Which is interesting in a way, because you make connections between topics you might not otherwise make. Bu there is pressure to read something fast, and suddenly the pressure is off on that book and on another one.

I thought I was doing pretty well with my little shuffling act, until my daughter sent me a message that I had an overdue library book. Apparently, I had checked it out on her card, so I hadn't included it in my library shuffle game. Want to know what book it is? 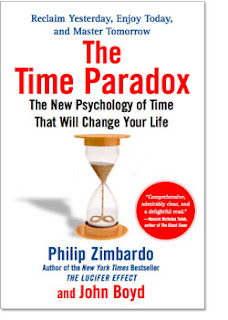 Seems ironic, doesn't it?
Posted by Shasta Matova at 5:57 PM

That's too funny! Made me laugh out loud!

Boy, you've got a better mind than I have. I try to shuffle books too (too lazy to go upstairs and get the one off my bed stand so read the one in the kitchen or the one I keep in the car in case I have to wait around somewhere). My mind gets all messed up and I go looking for the right train of thought in the wrong book and it takes me double or triple time to read and I'm left wondering if I liked the book or if it is even the book I'm think of... Very sad...

I had to have a chuckle about you shuffling:)Librarian at local Primary School

I do the same thing and yes, this overdo book title is totally funny!

I'm liking the title of his other book. I mean, 'somebody' made you do it ;)

In graduate school, I finally gave up on checking out books and just bought them because I had so many overdue fines! So, I can completely sympathize :)