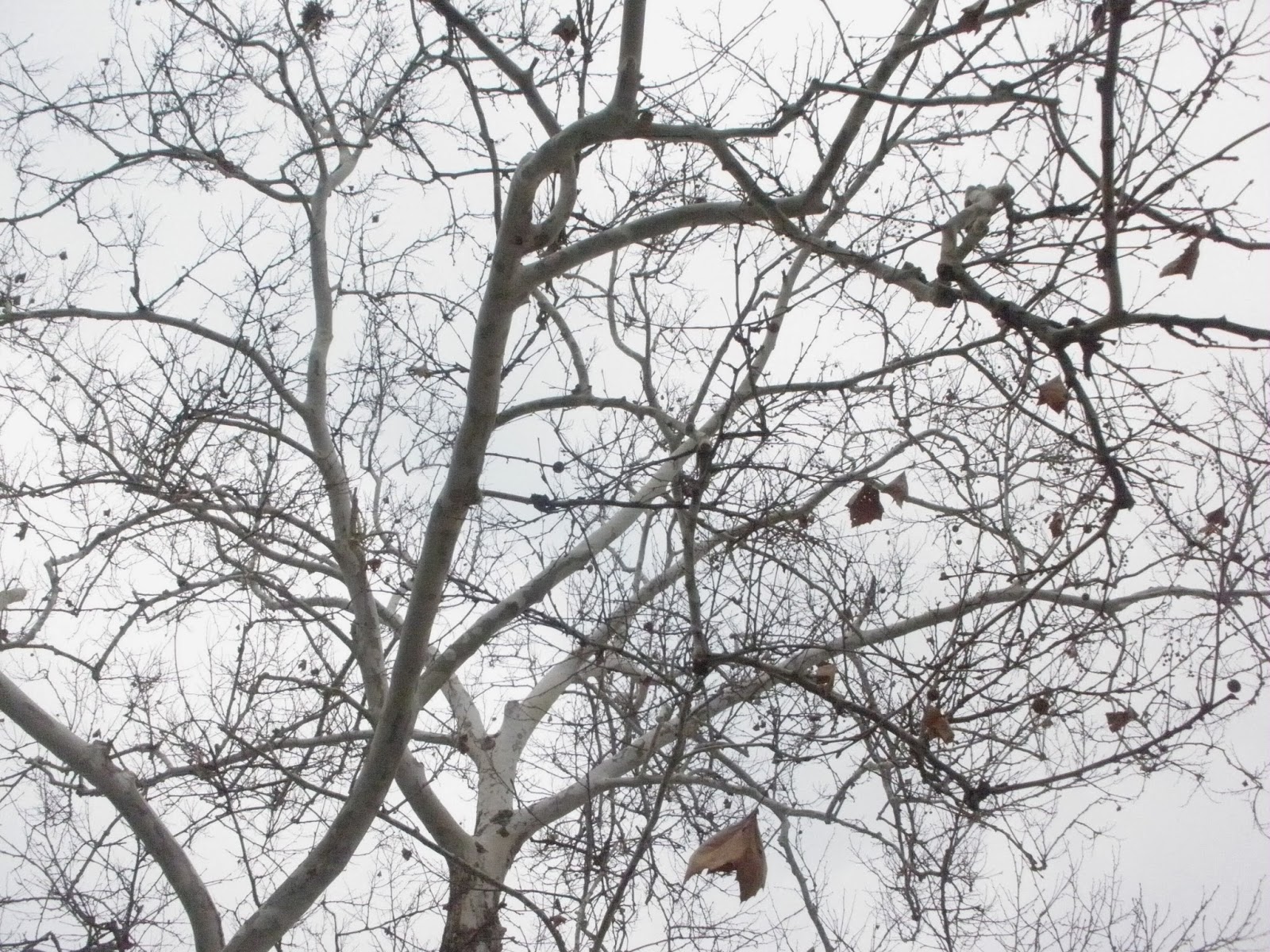 This photo was taken on the same day as the previous post, so it is somewhat cheating.  It is also a lie since we had lots of snow last night so the tree doesn't look like that today.  It has been extremely cold outside - below zero, and the streets are slippery.  Between making sure I don't fall and the dog doesn't get frostbite, the goal is to go outside and come back in as quickly as possible, leaving no time to stop and take pictures.  I am reminded of 1977 when we had the Schools Without Schools.  It was below zero for a long time, and there was an energy crisis.  In an effort to conserve energy, schools were closed, and classes were held in other places like bars, Governor's Mansions, and office buildings.

The following year 1978 was the great blizzard.  This year we have cold and snow, so it is somewhat of a combination.  Not as bad as either year, but I think it is pretty bad all of its own. We can be grateful that we have energy now.

I have been working on my Improv Quilt. The blocks are done and I am putting the rows together. Since they aren't straight, it does require some finagling on my part to get the blocks and rows to cooperate. Having never done this before, it is challenging my brain.

I hate that I can't show you what I am doing, because I think it looks great. Also, since it takes me a long time to make a quilt, showing the process along the way is what gives me something to write about.

Now, I can simply keep complaining about the dog who constantly wants to go outside, but has to keep coming back in because his poor paws are cold.  He has cabin fever and inspecting my progress on my quilt isn't giving him enough to do. Either that, or he hates the quilt so much that he wants to get as far away from it as possible!
Posted by Shasta Matova at 2:24 PM

I just talked with my daughter (in
Columbus) and she said that it was really cold out too. I hadn't realized how cold it gets in Ohio until she told us the temperature in Celsius. You really get cold!!! (But you have central heating and we don't...)