I know it is Monday, but ending the week with Sunday for the Sunday check-in means I have to sew before posting my results for the week.

This week, I have been cutting and sewing the sashing for On Ringo Lake. To keep things interesting, I have also been making some circles. The pictures turned out blurry, but they will still give you a good enough idea of what they look like, and I'd rather spend my time sewing than taking more pictures. 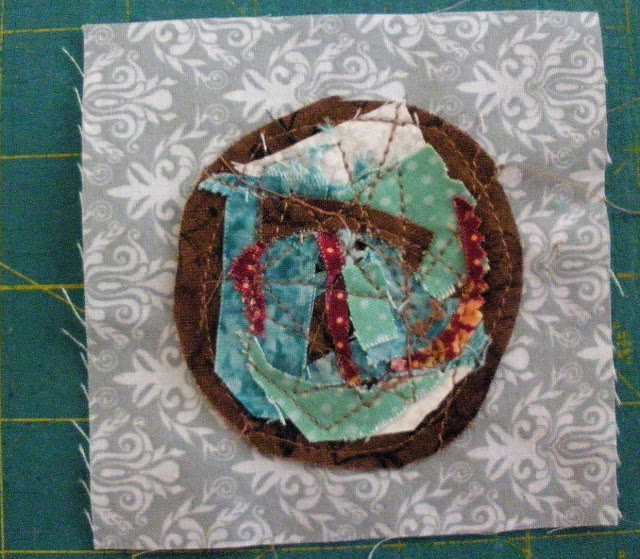 This one was a collage of random scraps. It looks like the letter T to me, but it wasn't planned. 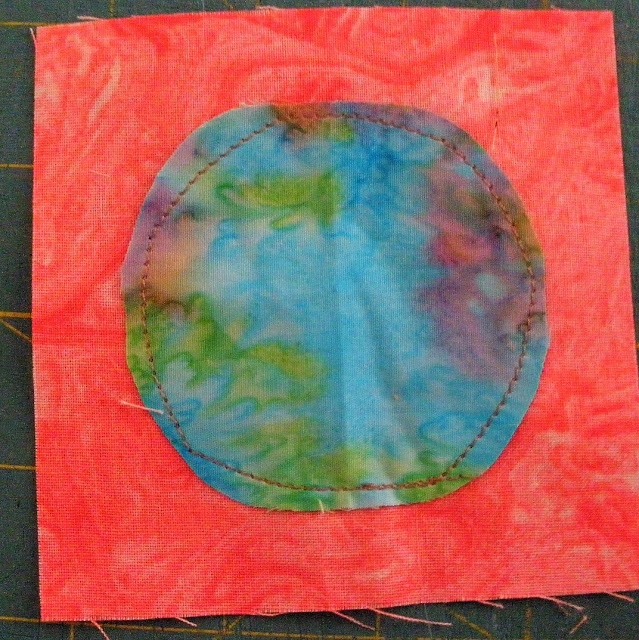 My sister gave me a ruler that cuts circles. This is my first attempt at using it. I used a large blade and did it pretty quickly. 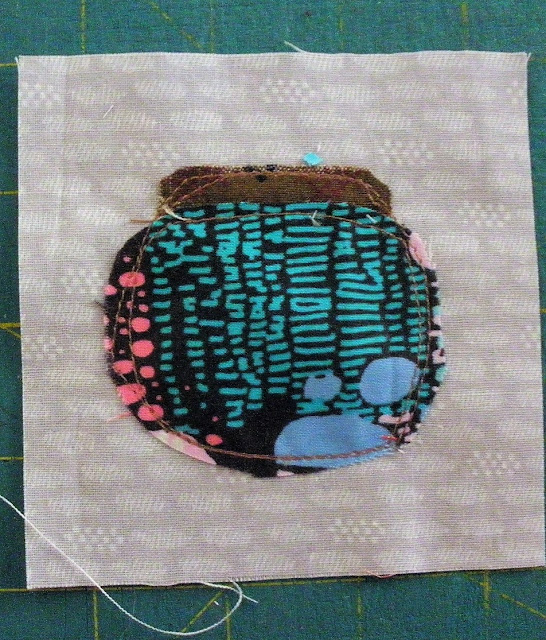 This one makes me think of an African pot. 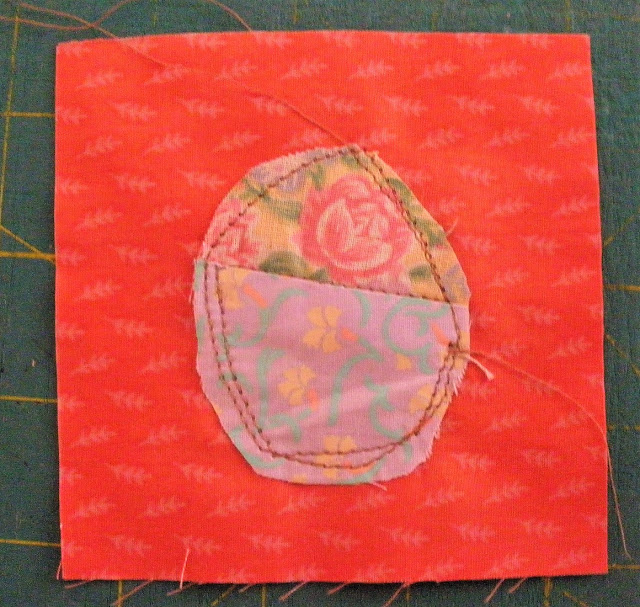 This uses scraps that were gifted to me, exactly as sewn. Looks like an Easter basket to me. 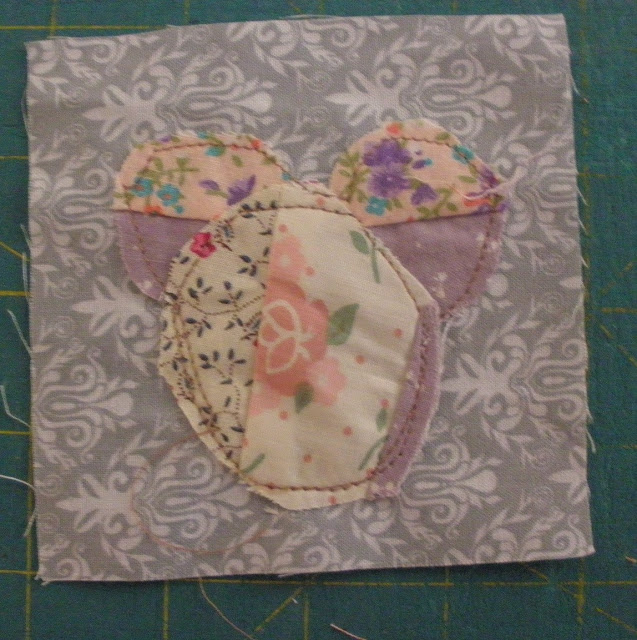 This one also uses presewn scraps that were gifted to me. I was thinking this might look like a heart, but it looks like Mickey Mouse! 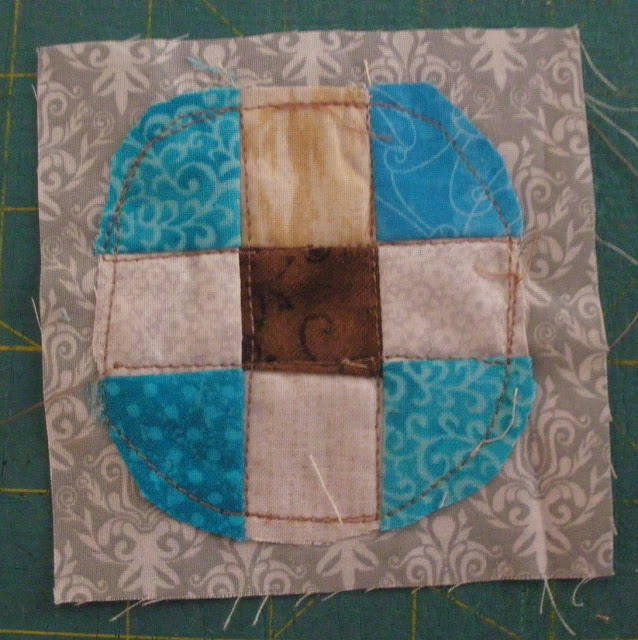 A leftover nine patch from On Ringo Lake. Whenever possible, I made a few extra blocks when it was convenient. 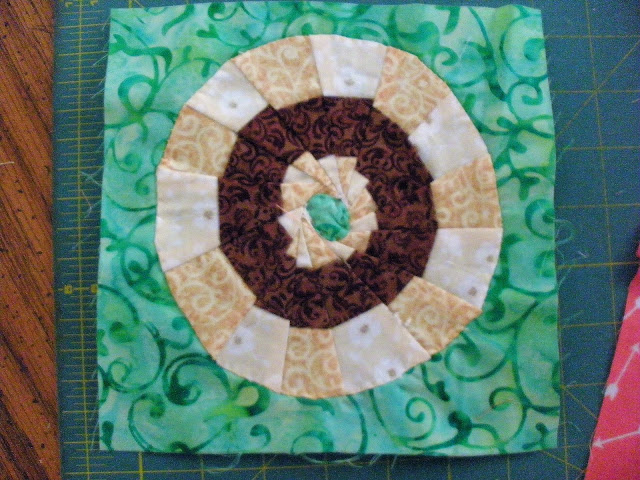 This uses the rest of the strip set that was used for the center strip of the nine patch. It gets four numbers because it is four times the size of a regular block. It was sewn improv, and then needle turned on the background. The center is a yo-yo. 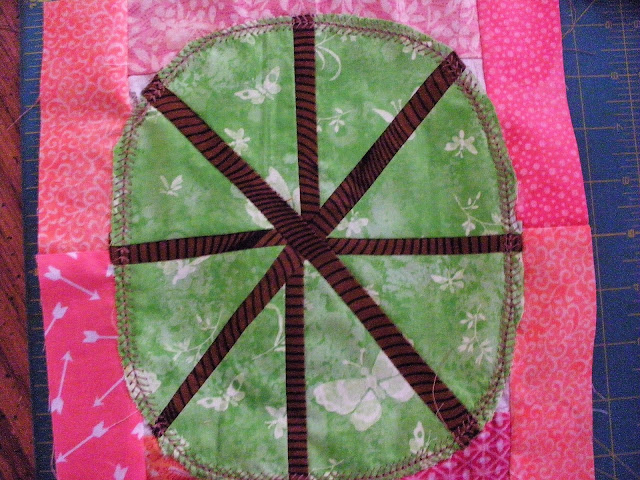 I showed you this one already last time, but it didn't have numbers because it wasn't sewn onto a background yet.  It is an odd size so it will be a challenge to figure out where and how to fit it into the quilt, but it gets six numbers because it looks like it will take the space of six blocks. I trimmed it after I took the picture.  I chose a random number for the stitch (17). I think I chose the same random number for another block that  reminded me of a baseball. This week was a blur so I am not sure I sewed every day, but I'm sure I made up for any missing days throughout the week.

Your improve blocks are very bright and fun. Congrats on finding time to stitch this week. Hope you find lots of time to spend with needle and thread this week.