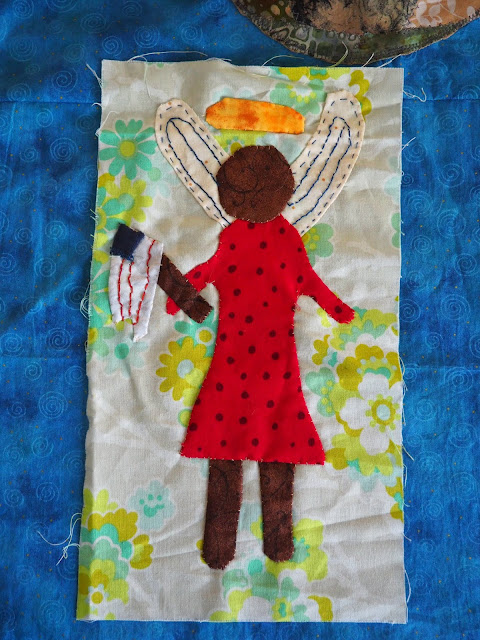 I am working on piecing the backing for the Stars Wars quilt, so the top looks like the last time I showed it to you.

I finished my Angel block (for Sweet Land of Liberty) I showed you a couple of posts back. Despite the fact that our angel is hovering under the Death Star, she is clearly holding a flag and not a hatchet. I used the embroidery floss I won from Okan Arts. 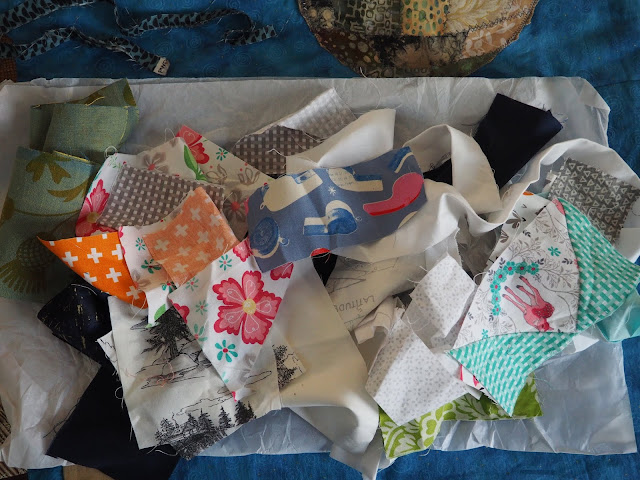 Speaking of winning, my luck is running over!  I won a big bunch of scraps from Silly Mama Quilts. Thank you so much, Brooke!  So many beautiful scraps.  There is no debate about how to use these scraps. They simply get picked up and absorbed into current projects. 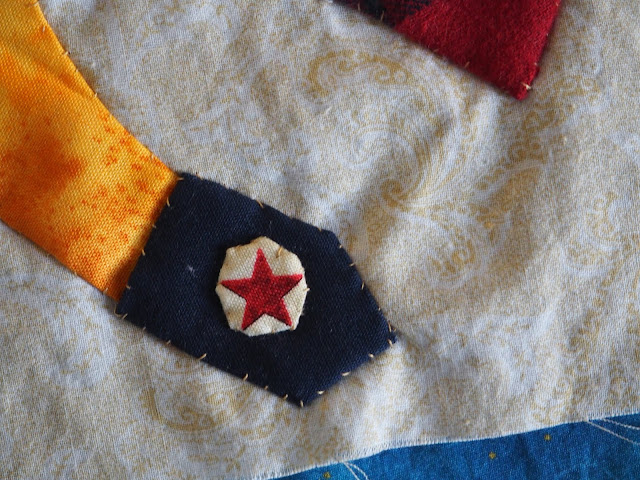 The next block for Sweet Land of Liberty needed a star applique.  There was no way I was going to actually applique a star this tiny, and was considering embroidering a star, but the scraps said "you wanted a star?" and all of a sudden my angel had a star almost as soon as I opened the package. The blue background was also in the package and perfect for that spot and the sashing for the block.

By the way, I saw that in the past people sometimes used cross-stitch or a running stitch to hold down the applique. I decided for this casual quilt that I don't have to hide my stitches. I am using the same color thread for the applique throughout the quilt. This is a necessary decision that makes it easier to make this quilt in the winter when it is so dark much of the day. 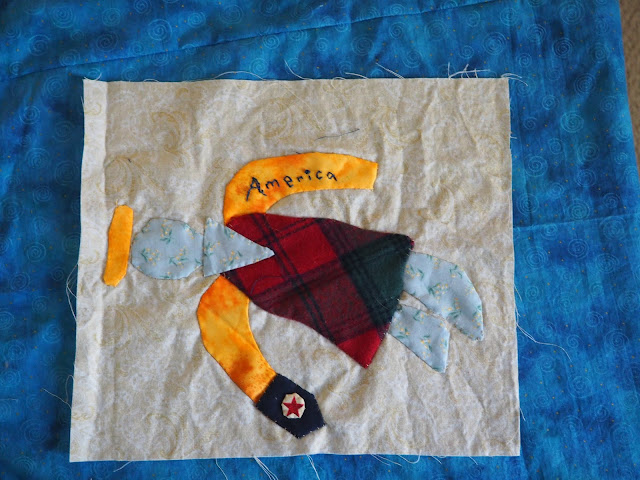 Here's the angel with the star.  I made her neck too long and thought I would give a v-neck to the dress to help shorten the neck.  I made a mistake with the neck in that I made it so low that it didn't shorten the neck, just gave a v-neck, so I had to rip it out and move it up, but now it looked strange since it didn't fit with the shoulders.

I considered removing the v-neck and let her just have a long neck, but I'd already ripped it out once and it seemed like a lot of waste of time. Then I got an email about a ribbon for 9-11, and decided I could add a ribbon around her neck. One of the neat things about making a quilt like this is that it is subject to change from the whims of the day.  I've now added a ribbon to this quilt and don't have to start another project. 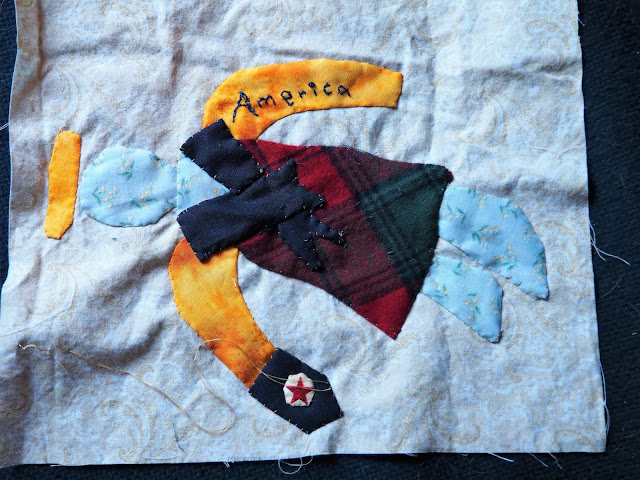 It may look like a scarf and not a ribbon, but I think it fits better with the neck. 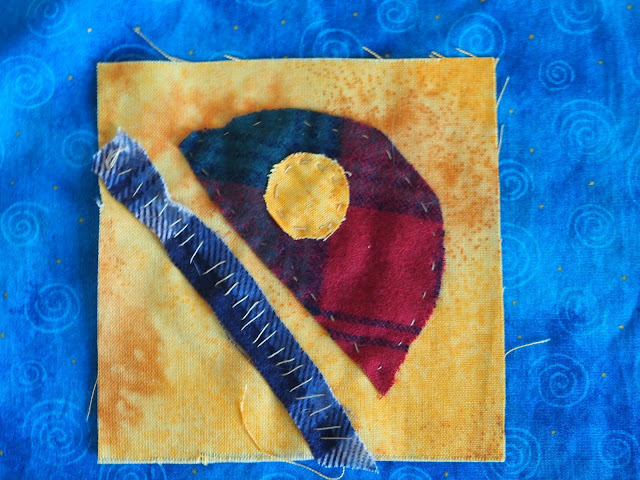 The other good thing about making an applique quilt and with winning the scraps is that I have an association with making circles with scraps.  The last time I made any circles for my Quilty 365 circles was in February, and here's yet another one. I need to cut out some background squares so that more circles can be easily made when the mood strikes.

Your angel turned out really cute and so did you Little Miss America. Happy stitching this weekend.

I like the way you are improvising all the time, in the little details; it gives your work such a distinctive style. I use scraps just the way you do - absorbing them into whatever else is going on.

Nice use of dark BLUE scraps and what a wonderful win!!