Another Set of ICAD Cards

Daisy Yellow has a challenge where you fill up an index card a day. She provides lots of prompts and inspiration if you are having trouble deciding what to do. I'm not so good with the one card a day part of it, but her are seven cards for your viewing pleasure. 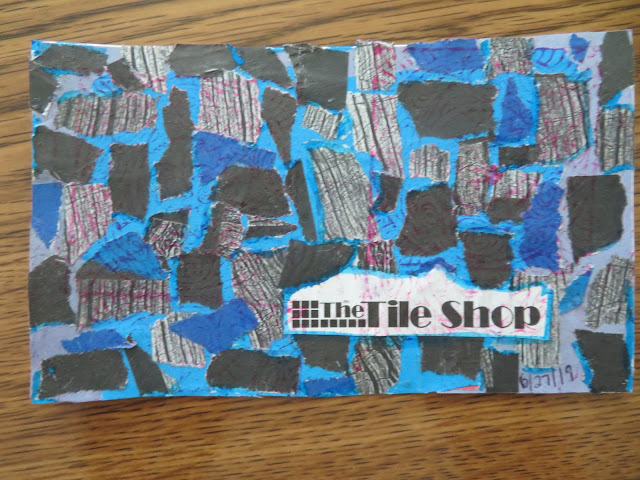 This was supposed to be a mosaic, but the paper (cut from a magazine) was too fiddly. I added a stamp with distress ink which didn't work well on the paper, but I do like the look the pink gives to the blue. 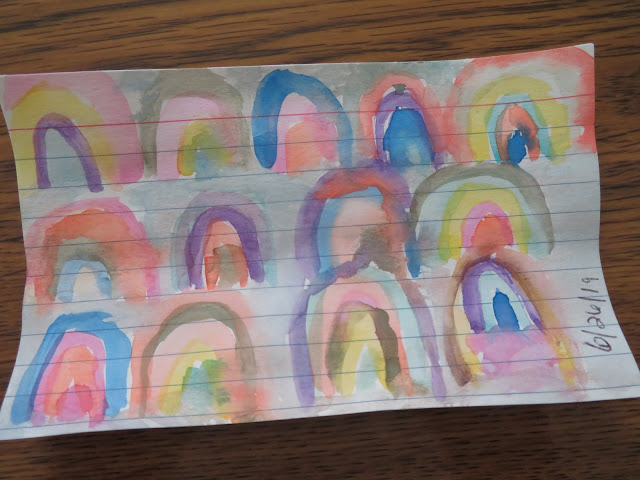 Yes I know I already drew rainbows, but I did another one after watching a video on Daisy Yellow of her painting rainbows.  Not much change except here the background is deliberately colored. I am still using  too much water and the card is curling. 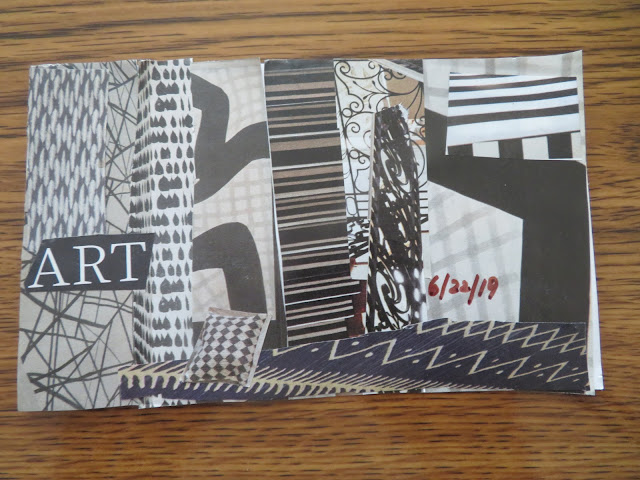 I am using a Traditional Home magazine issue, and this issue in particular is more modern and clean, and not as much textile and bright which I like. It does make it easier to cut up though. I thought I would play with the the black white and gray colors in different designs. 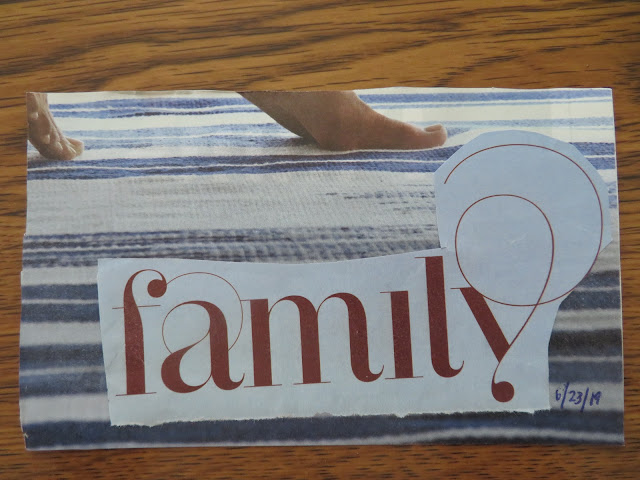 All of the collage cards include some words from the magazine. This one said family ties, but it was too big to fit both words. I was originally going to cover over the feet, but once I put it on the card, I decided to leave it as is. 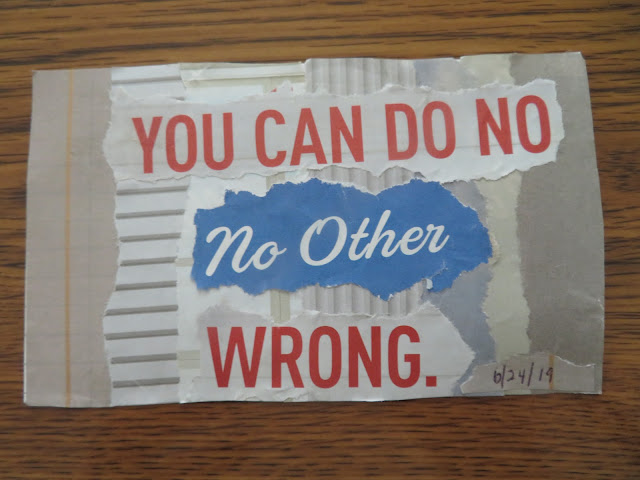 This was supposed to say "Like No Other" but I cut out the other side without looking so I was stuck with No Other.  So I added it to these words. Since I did do something wrong, I liked the No Other in between those words. 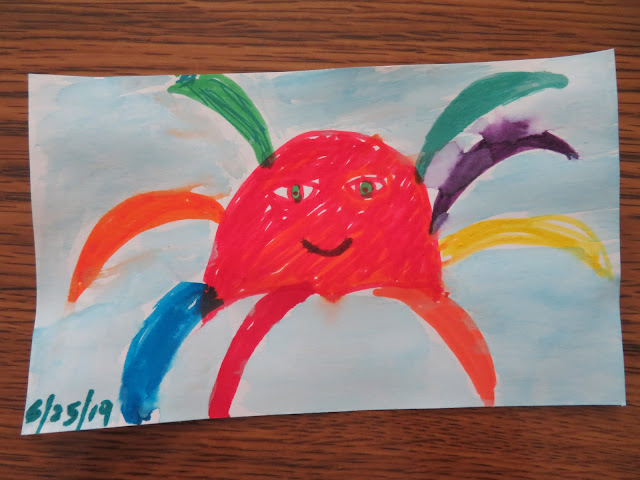 I copied this from another blog. She did a better job, of course. 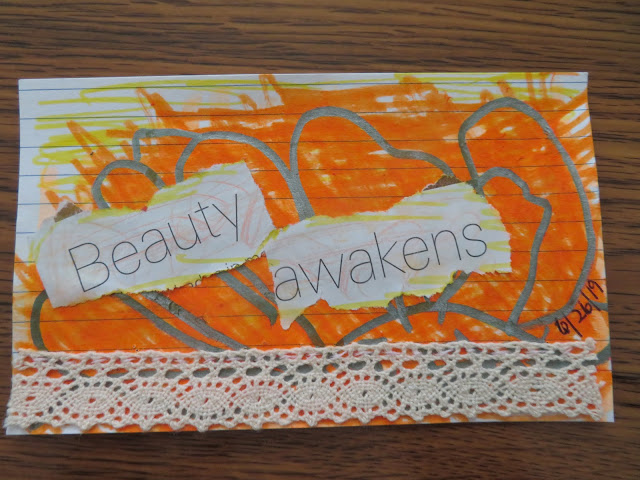 I got some rubbing plates from the dollar store, which didn't work at all with markers, so I drew the design sloppily with another marker (its a flower). The lace is also from the dollar store. I hand stitched the lace on with the closest thread that was by me, which was light pink, so you can't see the thread.

Posted by Shasta Matova at 7:00 AM