Embroidery on the Quotation Quilt

I have been doing some embroidery. 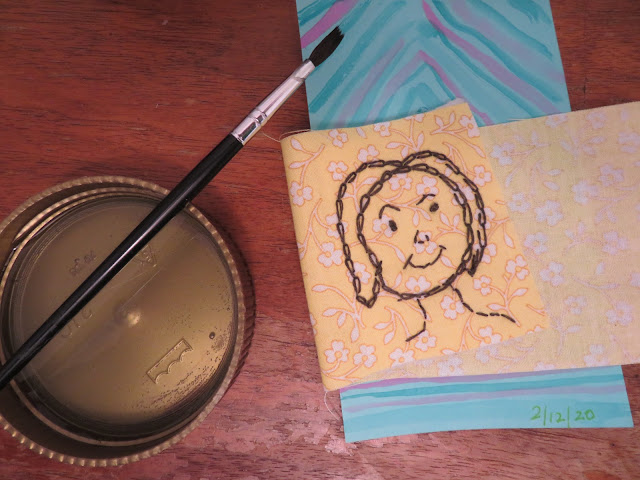 The first step in making a crazy quilt is to piece the blocks, using a foundation which helps make the blocks. The foundation is also helpful in supporting the weight of the embellishments that will be added to it.

It's too late for my inspirational quote crazy quilt, because I decided to make a crazy quilt after the blocks were already pieced and the top had already been made. I decided to add an interfacing behind the quilt to serve as a foundation. In the photo above, I am testing the interfacing on a scrap of fabric to see if it makes the fabric sticky or hard to needle through.

It does not.  The interfacing is  nice and soft and wonderful to work with.  It has fusible on one side, which I will use to adhere it to the quilt. 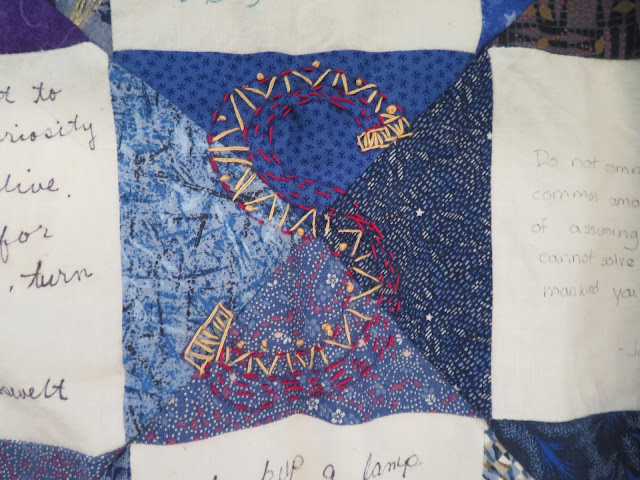 The second step of making a crazy quilt is to add embroidery to the seams. This is difficult for me, because I want to ignore some of the seams and make some designs that go over the whole piece. There is a nice big square that is formed by the triangles and I want to give myself room to put big designs over the squares. Limiting myself to triangles requires small detailed embroidery.

I might add the seam embroidery around the quotes and then decide on the triangles as I go along. 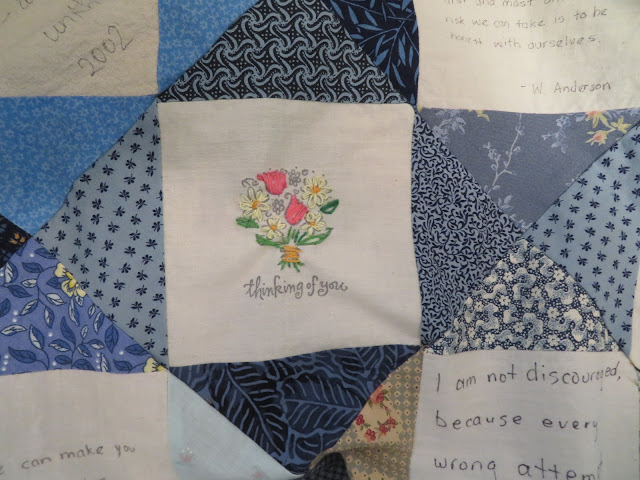 I also colored in this stamp.  Those tiny orange spots in the center of the flowers made such a big difference.  I haven't decided what to do with all that white space around the stamp. I want to keep the focus on the stamp.

Linked with:
Off the Wall Friday

What a great great project. I love the idea of 2002 to 2020. Many quilts take even longer. I can remember someone once saying her own child's baby quilt was never finished. It's now going to his own baby son. Love it all and it's all good 💜

It's such a special project with a history too. Your embroidered gal on the yellow fabric is so sweet.

Lovely quilt you are working on. Looking forward to seeing your progress. Cheers!

I love the embroidery you've added so far! As for the general "rules" of a crazy quilt--who says you have to follow them?! Forget stitching on the seams and focus on the big areas!

That would be great 2002-2020 would be great incentive to finish up this quilt! But it looks like you have so much imagination going on that the deadline might not be possible!