Next Edition of Lansing Leaves

In case you missed the story, I went across state lines and stayed in a hotel room for a month. That is where Lansing Leaves was born. Apparently, like Las Vegas, what happens in Michigan, stays in Michigan. So I have no idea the purpose of this piece that was in the drawer. 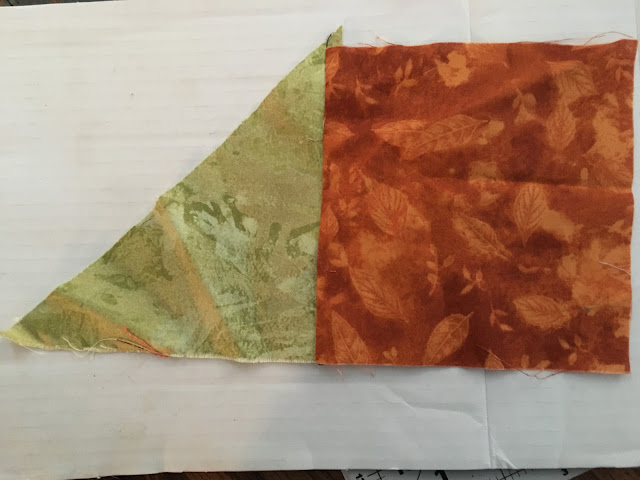 Was I planning on putting this quilt on point? And if so, why is there only one of these? Shouldn't there be four since there are four corners in a quilt? What was I planning on using on the sides to make it big enough to put on point? Is there enough fabric for this plan?

Maybe it is good that I don't know. Current Me has vetoed the idea of putting it on point. Although I should look in the drawer again to make sure I don't have missing pieces. 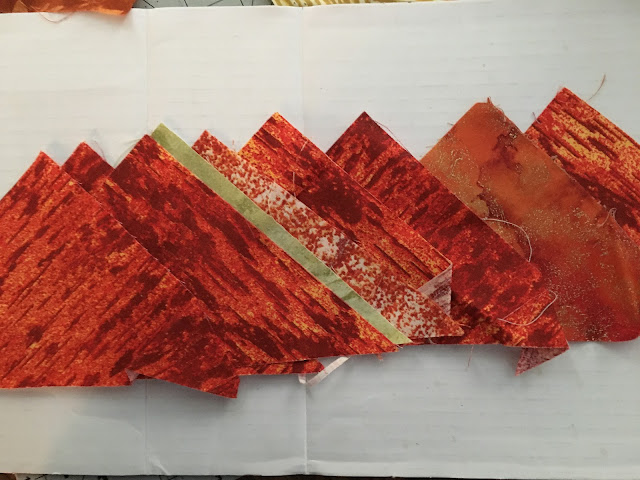 What was the plan for these triangles? They are the same size as the background triangles on the migrating geese. Were they just rejects before I came up with the background fabric, or was there another plan?

Why did I keep sewing the migrating geese as I found there wasn't enough contrast? Did I have a plan for that?

Some of my quilts are very choosy. "I don't care if that blue matches, I don't want it." This one is happy with whatever I do. "Not enough contrast, no problem. Do what you feel is best." So annoying. Usually when that happens, the quilt becomes subject to the whims of whatever I see on my social media feed. Medallion quilt? Sounds good. Migrating geese?. Sure.  On point? Yep. Applique? Hmmm 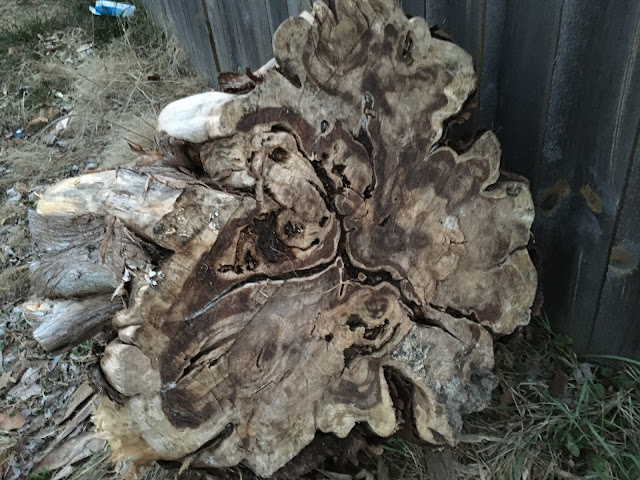 I have added most of the extra migrating geese pieces that were available to make all the rows the same size. I ripped the last four geese pieces and used the background fabric to finish off the rows. Debra suggested I add the sewn migrating geese without adding more geese and fill in with a solid piece. This is a great plan because I don't have a lot of background pieces to add more geese. I do have a big piece left but I want to use it for the back. 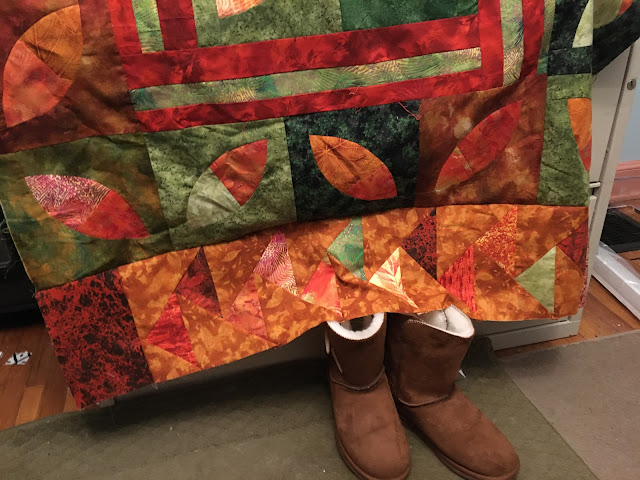 Once I finished off the migrating geese and trimmed the dog ears, it looks much better to me, and it looks like it might work okay on the quilt. 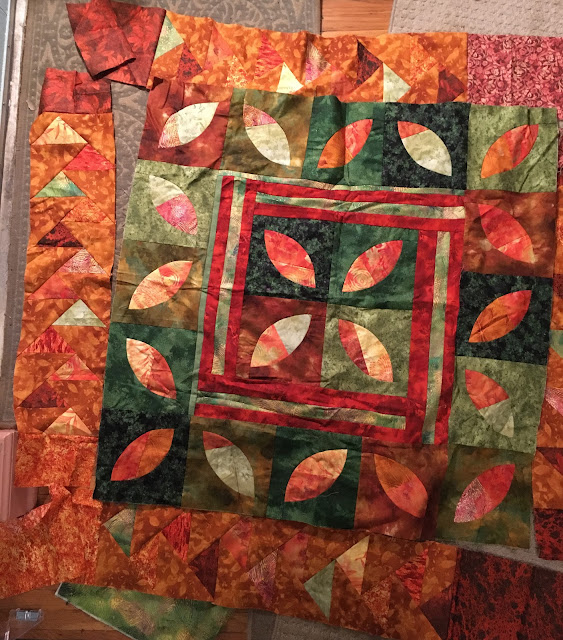 I don't have enough background fabric for the cornerstones and remaining border, so I used the scraps that I had available. I really like the extra zing they give to that border. I have added two of the sides and hope to add the other two soon.

This year, I would like to have noticeably more finishes than starts, and starting a new quilt is probably not the best way to get that result. But the Project Quilting challenge is posted, and since it forces you to finish a quilt in a week, it won't be counter-productive to that goal. As you saw at the top of this post, I worked on the borders of Lansing Leaves this week.

What a fantastic drawer find and what a superb plan with that border! I love it. I love your comment regarding your 15 minutes to stitch this year that you would like to have more finishes than starts. I guess that would be the motto for most of us. But, being the creative fleas that we are, I don't see me being able to follow that plan. Hope you make your goal, but in the meantime have fun!

When things don't go as planned on a quilt it sometimes turns out better with new solutions. The colors are so warm and beautiful on this cold winter day.

I really like the subtle border, it lets the center shine. Good for you that you stuck with it. It's so hard to want to work on something that wasn't turning out well. You've done really well on finding time to stitch so far this year. Hopefully the focus there will help you finish more this week. Looking forward to seeing your Project Quilting project.

When a quilt makes itself, what can you do except get out of the way and watch it unfold :-) Looking good!

It is nice to have a plan to hold on to, but at the same time know that you can make. changes along the way. Often the best outcome is one where we have made some small adjustment.
I love the colours on your quilt, and the geese fly beautifully along the borders.

I like it! It sounds like this is a very easy-going top, willing to go along with whatever you decide! I know what you mean by some quilts being fussy, this one seems like it is not!

Ooh.... It's coming along nicely. I forget what I was planning all the time! I put aside cut blocks, even labeled but then I don't know what the original pattern was... (I do this with un-quilty things too. An important phone number jotted down... but whose phone number?)