Takako, the tour guide we were hosting for the student exchange program, had been to Amish country during one of her previous visits, but she had not had a chance to do much there. I suggested we go again, and this time, go on one of the tours so we could learn a bit about the area. The tours are expensive, but they drive around the area, and stop at two artisans along the way, and we thought we would get a lot out of it.

Unfortunately, she had been invited to a party that she wanted to attend, so we were going to have to limit our trip so she could go to the party in the evening. We woke up early, much to my daughter's dismay, and left for a two hour trip to Berlin, Ohio. Most of Ohio is flat, so a lot of the journey was just fine. Then we got to the hilly side, and it was quite interesting to drive on. The speed limit is 55 on the hilly roads, which is a little scary especially going around curves and up and down hills where you can't see where you are going, and then all of a sudden, there is a curve that you are supposed to slow down to 25 to navigate. And there is the danger of coming up to a buggy and having to slow down suddenly for that. I got an even better appreciation for the bus drivers in Italy after that trip.

The tour starts at the flea market. We had a chance to look around the flea market before the tour. We wound up being the only people on the tour. We told her we wanted to see what the inside of an Amish house looks like. She said she had several trips, and one would take us to a quilt shop that requires you to go through the Amish house. The lady had hand sewn and hand quilted all of the quilts t. And they were quite reasonable prices for all that hand work. I didn't buy anything though. The tour was interesting - she told us a lot about what the Amish are like, and we were able to get our questions answered. In case you were wondering, no, the Amish in Ohio do not deliberately put mistakes in their quilts, but she thinks that Amish in other states might. The other "artisan" stop was a grocery store that was frequented by the Amish. We bought lots of spices, which were much cheaper there than at home. 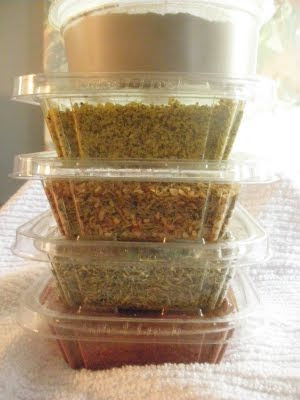 After the tour, we spent more time looking at the booths at the flea market. We were going to go to a restaurant, but we were hungry, and decided that eating at the food place at the flea market would be just fine. There was live music, so it was an enjoyable time.


Then we went to another shop that also had lots of booths of hand made and other unique things. There were some purses made out of jeans - but Takako and my daughter were saying that the stylish jeans made purses that were too small, and the bigger purses had mom jeans. I thought to myself that I could make a purse like that pretty easily, but when I got home, I realized I would have the same problem. Stylish jeans are too small, and the bigger jeans are mom jeans. I bought a couple of wooden plaques. 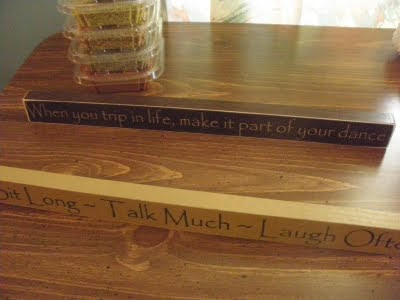 It would have been nice to have been able to spend some more time there, but we had to get going. Of course, it started thunderstorming and pouring down rain. Going around those curves when you couldn't even see the street is even more interesting than when you can. I could only hope that the car in front of me knew the road, which they did seem to. We took a different way home than the way there, and once it stopped raining, it was nice to be able to see different parts of Ohio.

And just like in Italy, we left enough things unseen that we want to go back again another time.
Posted by Shasta Matova at 9:44 AM

Looks like a wonderful visit!
I too enjoy visiting the Amish in Lancaster, PA.
I'll have to try and visit the mid=west amish someday.

That sounds like a really fun trip - I'd love to do something like that. I'm afraid my Ohio driving has always been at full throttle, on my way to FL....love the plaques you got!