We took our Japanese guest to one other place besides Amish country, and that is the Wilds in southeast Ohio. When I tried to explain to her that she would see animals from a bus, she asked if it was like a safari. Well yes, it is exactly like a safari, and I'm not sure why I didn't think to use that word in the first place. I told her you could open the windows and take pictures. She said that there is a safari close to her home in Tokyo. They put meat on the bus, so the animals get really close to the bus. She wouldn't dare open the window.


It turns out that we didn't get a choice on opening or closing the windows, because our vehicle did not have windows! There are different kinds of trips you can take - you could take a bus, but we chose this one. We went with the extended family, which made it even more fun.  There was a shade above us and the breeze while we were driving kept us cool.  It is unfortunate that it was really hot the whole time Takako was visiting with us, but this day was a little bit cooler than the rest and was much more comfortable.  When she left, she took the heat with her. Hopefully, she dropped some of it off along the ocean instead of taking it all home. 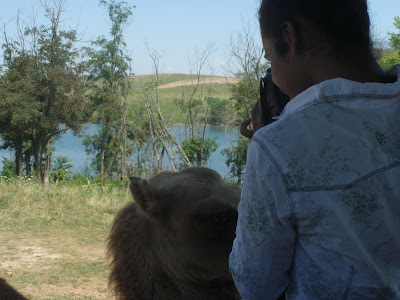 We managed to get really up close and personal with some of the animals. We all got lots of beautiful pictures of a large variety of animals. 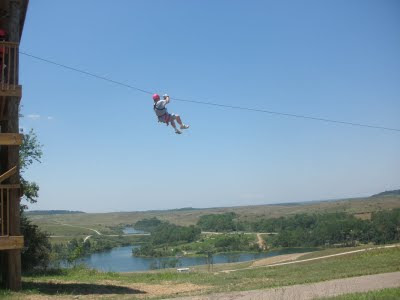 It had been a while since we had gone, and this was really nice. We chose to save the zip line and the horse back riding for another trip.
Posted by Shasta Matova at 3:14 PM

U certainly are the queen of vacations this year. That is so wonderful.