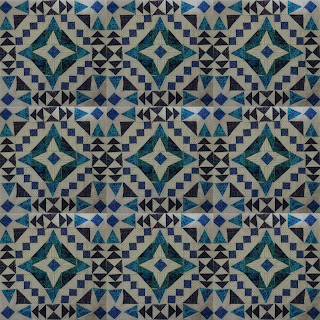 I didn't realize its been so long. It's been a month since I last posted, but I have been thinking about you the whole time. This picture is supposed to be the original Aunt Daisy design, but I think I have the quarter square triangles turned in the wrong direction to match the original quilt.. 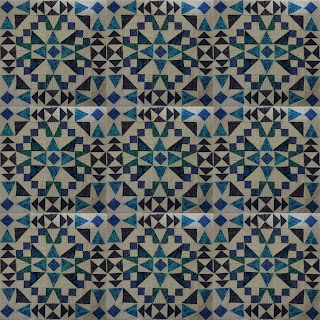 I did some rearranging. I rearranged my sewing space. I have always sewn in the first floor of the house, and set up a station in my living room where I could sew.  Last week, I decided that I was at a place where I could stop using my family room as a family room and convert it to the sewing room. This means the living room can actually be used as a living room and my sewing mess can be out of view for the most part. There is better lighting in the new sewing room and I am really going to like it. 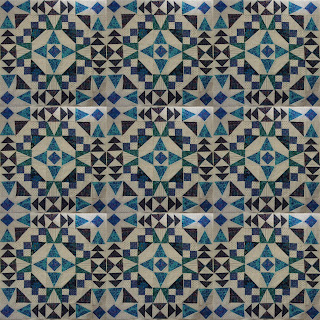 Even though I didn't sew a lot during this month, I spent a lot of time rearranging the Aunt Daisy blocks to see what layout I want to use. This is probably the last time I am going to have this combination of blocks and I want to take advantage of making lots of virtual quilts. 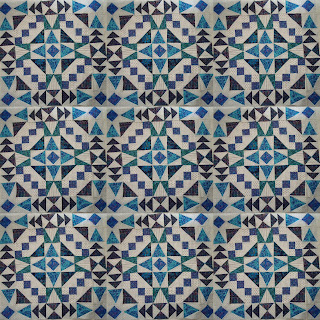 The result is a kaleidoscope of quilts, where each picture looks slightly different than the previous one. There are actually about three blocks that I have switched around to make the changes - the half square triangles, the quarter square triangles have been kept in the same place but turned in a different direction. The tri recs and flying geese have been switched in the edges of the block.. I also alternated the direction of the tri recs. 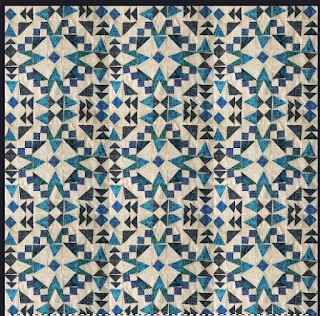 They make a pretty kaleidoscope of patterns, but I have to decide on a layout in order to make a finished quilt. 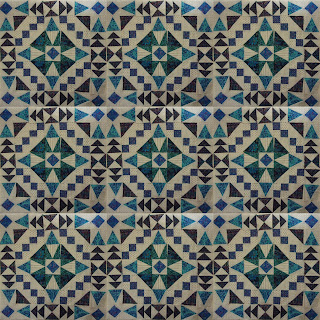 The photos make it hard to compare because the lighting keeps changing and I wasn't as successful of keeping the blocks properly lined up, getting a proper photo and cropping well. I am doing my best to compare the layouts and mentally correcting the issues. 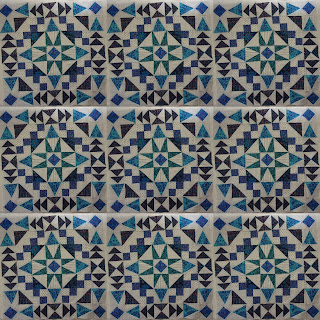 Another person who made this quilt saw that it could make stars. I am trying to decide what main block I want - a star, a diamond, etc. All the blocks above have a different block. 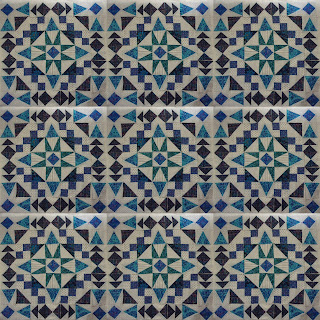 Then make changes in the edge to see what kind of alternate block and overall design it makes at the end. 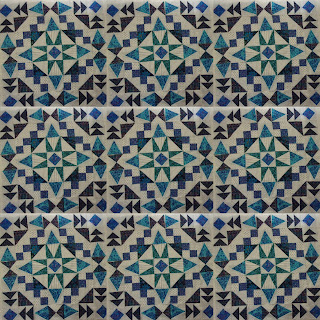 I took the photos in three batches. In the first batch, I hadn't changed all the blocks on all four sides in the same layout so I had to delete most of them. 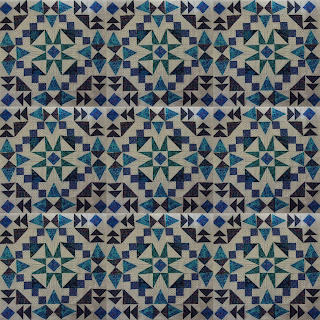 I didn't realize until it was dark so some of the ones below are taken in indoor lighting, and my shadow got in them. 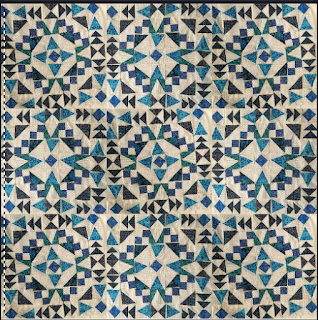 I took the third batch of pictures during daylight, but the light changed so all those don't look the same either. 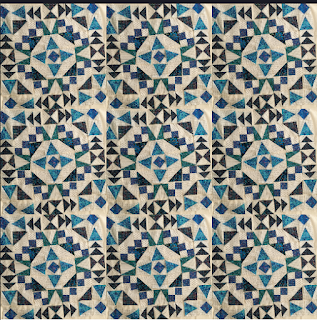 I guess this means that some of the layouts may be repeated in these pictures. 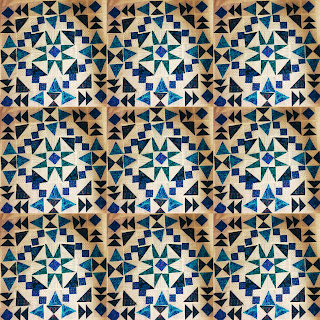 I still have more triangles to make before I have to start putting them together so I have some time. 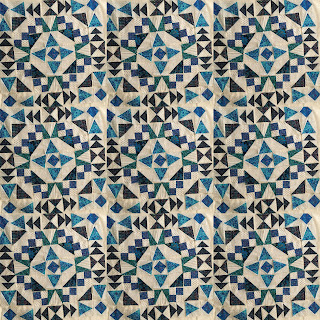 These also remind me of tiles. 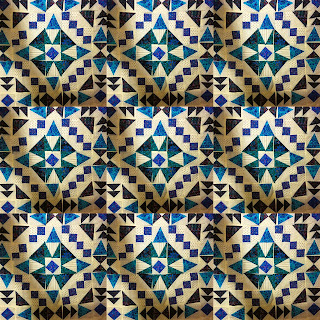 I kept the pictures small so that you could see the overall design easier. 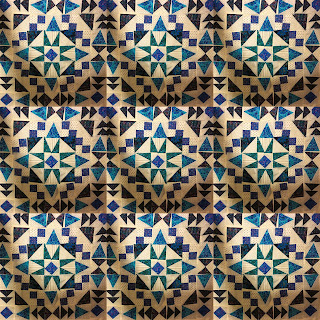 And not use all of your bandwidth. I hope it lets you look at a closer picture if you want to see it bigger. 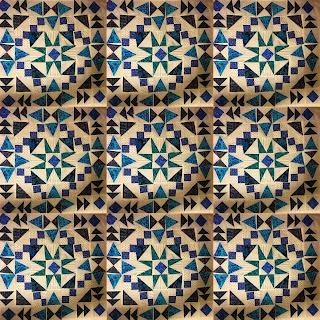 I worked on Jazzy Blues layouts and switched out the sewing room. I have been working, training Zoey and still working on my massive Konmari project which requires me to touch every single thing in the house. I did a small bit of sewing but for the most part, I haven't had much time to sew.

Posted by Shasta Matova at 9:52 AM

This is one case where you could make the same elements again and make an entirely different layout if you really enjoy making the pieces. There surely isn't a right or wrong layout, just a "which one do I like best" layout. I'm glad you took over the family room. There comes a point where the house is ours to do what we want with each room.

I was thinking what beautiful tile floors these designs would make. Cathedral floors in Europe somewhere. It's amazing how the designs differ with a bit of rearranging. Now you have to pick.

Wow! Your blocks brought back a lovely memory of a kaleidoscope I had as a child - boy I loved it so much, it seemed like real magic to me. I would be hard pressed to pick a favourite from your arrangements, so I'll look forward to seeing what you go for.

Great to use a nice lighting space for your sewing.... lovely. What a variety of looks you have for your blocks.... I could never decide which one to choose...
Hugz

Oh, my, I would sure have a hard time making a decision on which layout. None would be wrong cause they are all beautiful.

Lots of fun layouts. My favorites are the ones where the star really shows up. Enjoy your new stitching space.

That really is a kaleidoscope (sp)! It also reminds me of the Moroccan and Spanish tilework and mosaics. It will be beautiful!