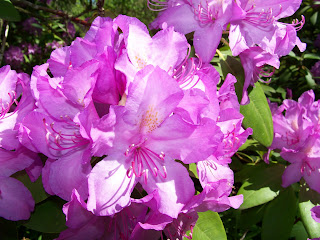 I finally got a chance to upload my photos to my computer and a chance to look at them. There were about 200 - good thing I don't have to pay for film and developing! 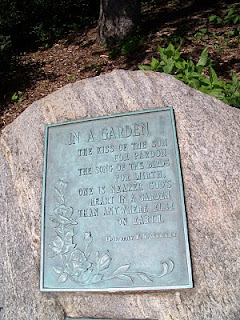 The Park of Roses is in Columbus, Ohio, on the north side of the city, not too far from Ohio State University. "Not too far" is by tourists standards. They are not both on the same exit on the freeway - it is just when we go to the park, we generally also go to the campus. It was a lovely, slightly cool day, and a great day for a walk.

The roses were growing but were not in bloom yet. This is just one of many sections. 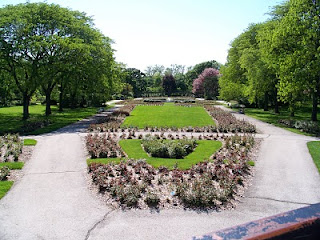 We took many pictures of this rose, the only one we found in bloom. We found two or three more after we saw this one. 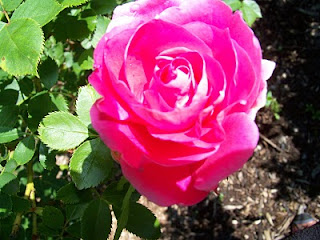 There weren't a lot of people in the park, but there were several others who had their cameras out. One girl was getting her senior pictures taken in a late 70's, early 80's outfit. 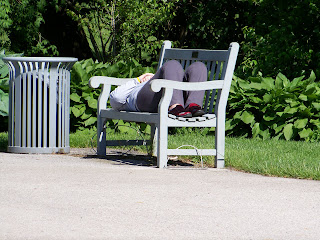 There are woods to walk through. The water in the creek was low. 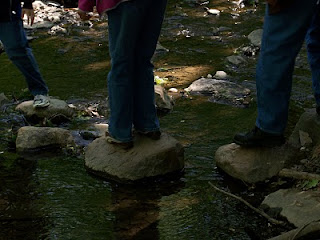 When we got back to the rose park side, we saw lots of heirloom roses that were in bloom. 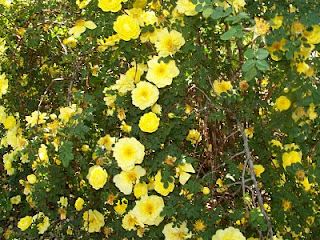 We drove down High Street to see what had changed since our last visit, and came across an Oriental grocery store. They had great stuff, including fresh garlic at much better prices than the grocery stores.
Posted by Shasta Matova at 6:12 AM

Looks lovely - it's been so cold here have not been spending anytime gardening.

That looks like an ideal day - been raining way too much here, and too cold for walking! Love those roses.