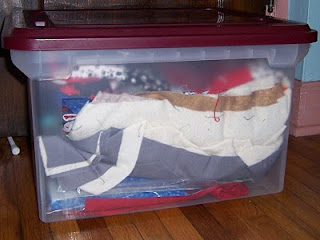 I've been wanting a camera for a while. Remember all my free after rebate stuff I bought, knowing that I wanted to use the rebate money for the camera? I was thinking that I should have bought more free stuff, since $60 doesn't seem like it would go very far for a camera. 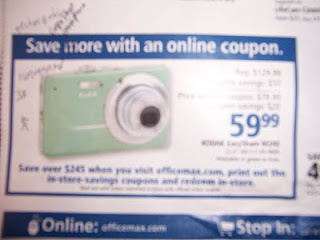 Then last Sunday, I saw this ad, a camera as small as a cell phone that has 10 mp , at a fabulous price. The store was probably closed when I saw the ad, and I didn't get to the store until Tuesday after work. Duh, of course they had run out, as had all the other stores in the city, but they get shipments in on Thursdays, and they don't know if the camera will be in there or not.

On Thursday, I called customer service to find out if the cameras were in the shipment, and they didn't know. Stores have a tendency to put things on sale without making sure they have enough supply, and it is all aggravating. After listening to me telling them how to run their business for a while, he finally told me that they are out of the cameras nationwide, and there aren't any more cameras being shipped.

I went to the store anyway, (it is on the way between home and work and convenient to get to) and asked for the manager, thinking they should be willing to offer me a substitute camera - and they did. Next time, I'll ask for the manager right away. I got a better one actually. It doesn't look as cute, but it has 12 mp and more zoom, which is much more important to me. I have to buy an xd card though, and they weren't on sale, so it'll have to wait. Can't spend this much time saving money just to waste it on accessories. Don't worry, they are $10 cheaper this week.

Oh and I finally decided how I wanted to use my big box that I bought free after rebate. I decided to put all my in progress quilts in it, instead of leaving them out. I know I have this out-of-sight out-of-mind mentality, but I figure if they are all in the same box, then they will all be in my sight. It actually feels like I am opening a treasure chest when I open the box to see what I want to work on next.

My next post will show some of my treasures in my treasure chest.
Posted by Shasta Matova at 12:29 PM

Well GOOD FOR YOU!!! I would not have thought to ask - I will from now on, lol! Congrats on your new purchase!

Yeah! I need you around when I want to buy something. I'm too wimpy to go looking for the manager. Often I'll just pay the extra and go away thinking that I won't come to this place again... Your way sounds more efficient for everybody!

Good deal! Don't forget to take a picture of your camera! LOL

I am looking forward to seeing what is in the treasure box!!!
Some day I will go shopping for a camera, I doubt I will be such a good shopper, like you. For now the cell phone camera works fine. The pics are so small, it will take a long time to fill my allotted space. (I need spell check, alotted?)