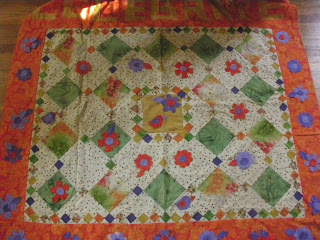 There is an upcoming birthday party that is going to be held in my home.  The cleaning and organizing is continuing, but as I said before, the WIPs/UFOs are haunting me.  I have one quilt that is especially made for celebrations, so I decided to try to finish it in time for the party.  It has been languishing long enough.  The top was made, and it languished because of some problems I had in executing the center.  Then I had a hard time figuring out what applique I wanted to add to it. I just knew that I wanted applique for the wide border. 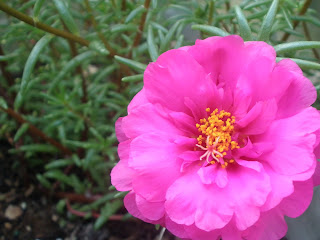 I was hoping for applique that would work year around - for all the birthday celebrations and graduations and holidays, etc. whenever they occurred. I thought balloons would be nice, but they require pretty specific shapes, and I wasn't sure they would look like balloons when I was done with them. And balloons might be boring. 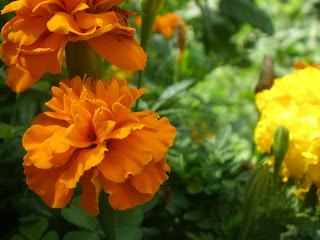 I finally realized that the flower theme that was in my mind the first time I saw the quilt was the theme I really wanted. No matter how much I tried to think of something else, this quilt needed flowers. So what if it feels more like summer than the rest of the year. I had already cut out the flower and leaf shapes so it was just a matter of pressing them down, and then moving on to quilting.  The photo was taken before pressing - some of the shapes have been rearranged. 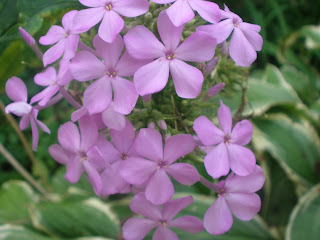 After all, if I bring out this same quilt for every celebration, some of my family members would never see another quilt besides this one, and this one wouldn't seem so special to them. 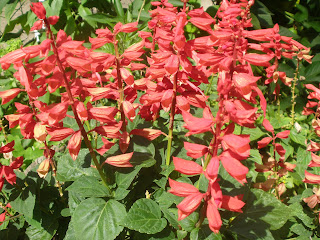 And those flowers on the quilt go really well with my garden this year. This is the first year I have really bought annuals, and I think I need to invest in them in future years as well.
Posted by Shasta Matova at 11:48 AM