Pieced Blocks for A Life of Plenty Finished

I finished all of the pieced blocks for A Life of Plenty.  I was supposed to make two basket blocks and one row of four blocks. I don't know the name of that block.  I didn't want to make two baskets that would be next to each other, so I searched for an applique pattern. Maybe a dog, a horse, a squirrel.  I spent a lot of time looking for something that would work, but didn't like any of my choices.  Finally, I decided to stop wasting my time and just trust Jeni. She had already done the work of choosing the blocks, and I needed to get the blocks done before work starts up again.

I started with the row of four blocks.  This one has partial seams, which I have done before.  This quilt is definitely not for beginners!  I enjoyed making the blocks. I made a mistake with the cutting, in that I didn't have both fabric facing the same way when I cut.  This meant that two of my blocks spin a different way than the other two, but I decided to make the blocks anyway. 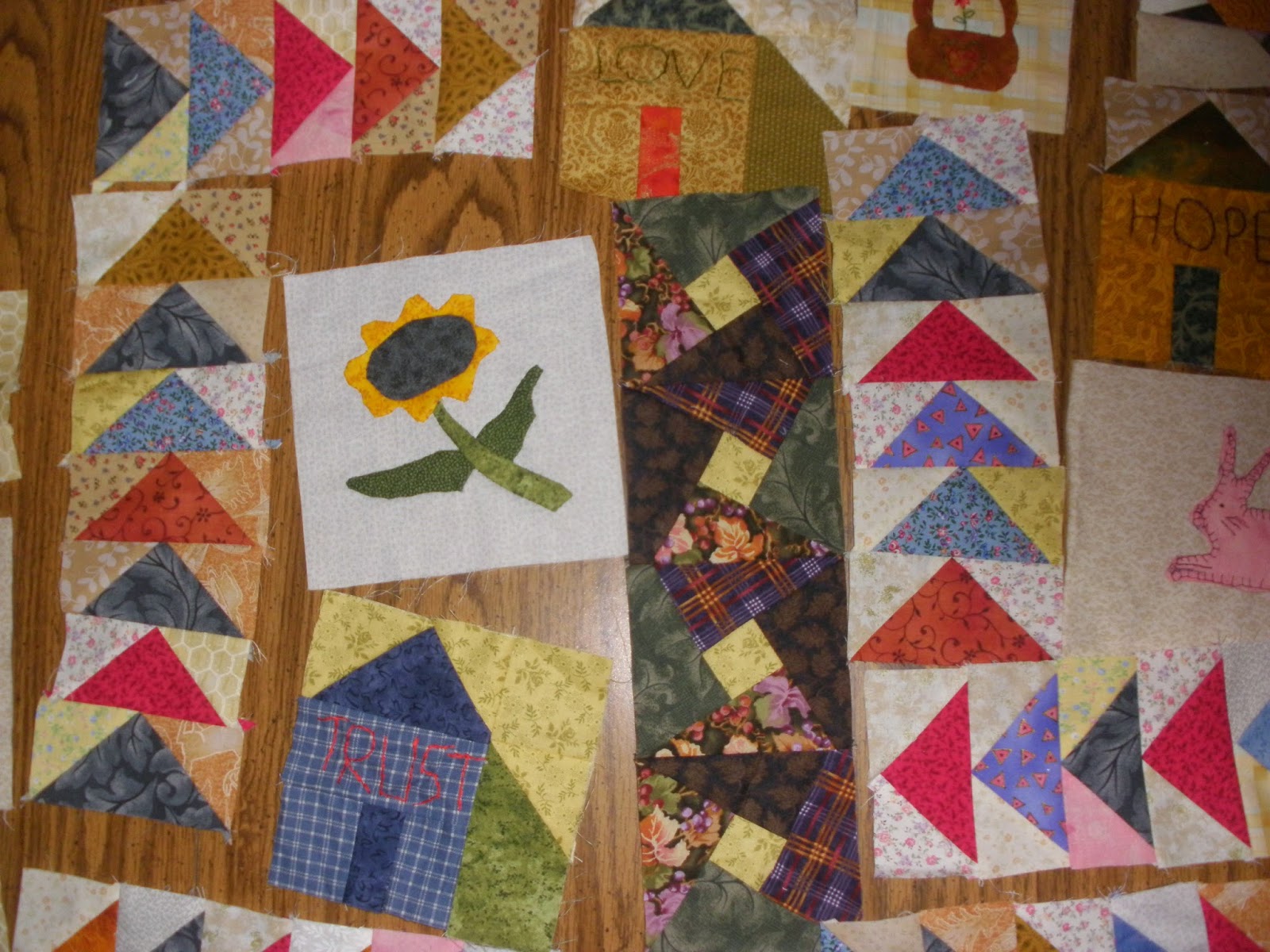 After making the row and putting them next to some of the blocks, I realized that the blocks are way too dark for the quilt. This is a low volume quilt with accents of color.  I needed to choose lighter medium colors. Since I enjoyed making the blocks, it wasn't any trouble to make another batch of blocks.  I really liked the layout, so I repeated my cutting mistake on this batch.  It looks like it might be too bright in the picture below, but I think that is because of the flash.  The first batch will be saved for another orphan quilt, or may wind up on the back. 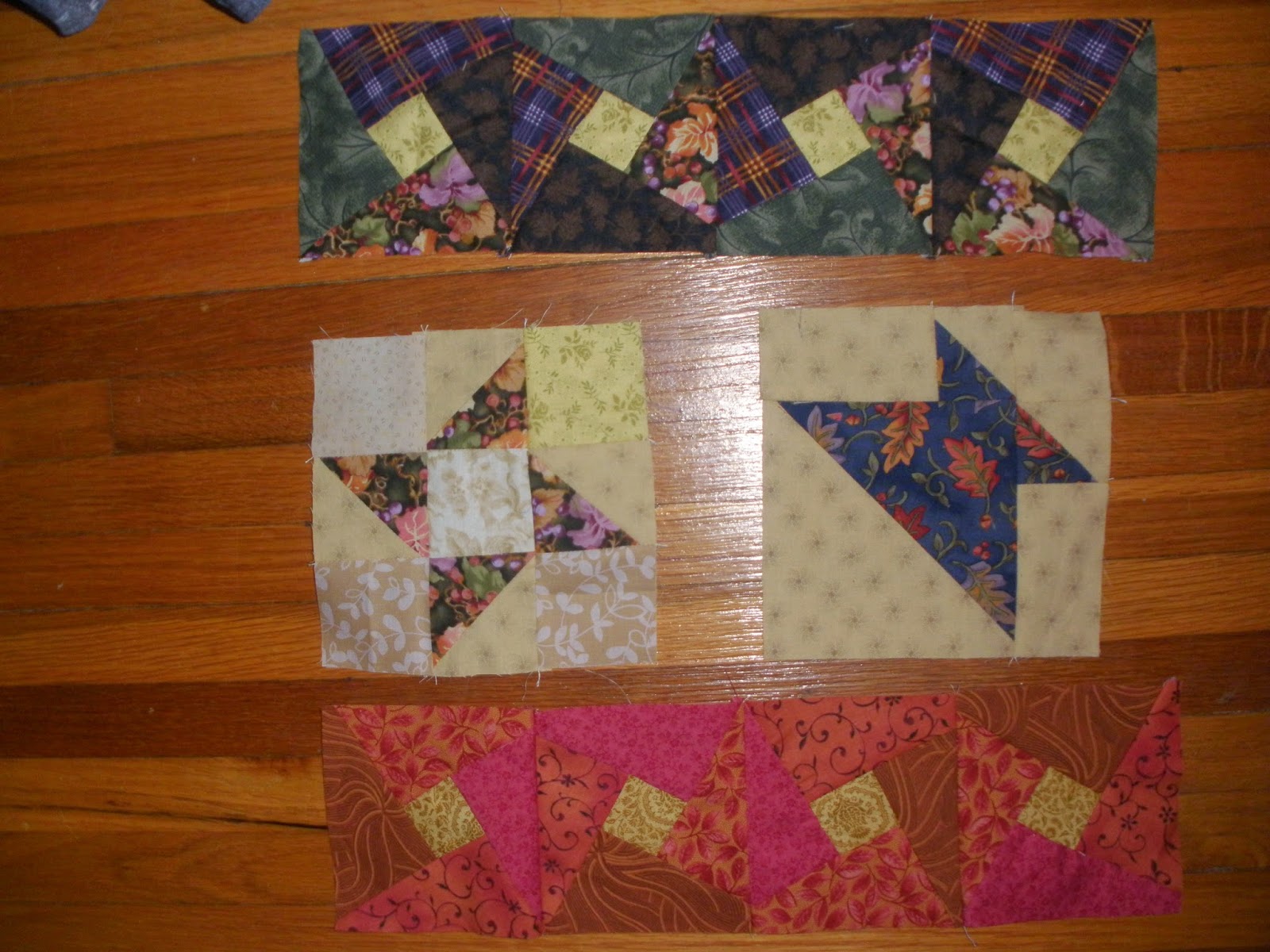 I took a break to look at some blogs and saw someone who had made a low volume quilt with friendship stars. That's exactly what I needed for A Life of Plenty!  I realized that the reason I was having an issue with so many basket blocks was that baskets contain physical things.  With my goal of clarity for the year, I don't want to have a lot of physical things.  Friendship belongs in A Life of Plenty!  Both the friendship star block and the basket block went together quickly and easily.

The next step is to add applique to the basket blocks, and work on the remaining applique blocks.
Posted by Shasta Matova at 8:42 AM

Email ThisBlogThis!Share to TwitterShare to FacebookShare to Pinterest
Labels: A Life of Plenty, quilting

Very, very nice! This will be a vibrant and lively quilt; I love it!

All those flying geese really pull the blocks together!

Looks great Shasta and you'll always find something to use the orphan blocks for later on!