Here's a tiger picture I want to convert to a tiger block for my Elephant Parade quilt.  I was originally thinking that it should be the same size as the baby elephant block, but as I kept looking at the turtle, I think it will be easier for me to convert the turtle pattern to a tiger.  A turtle and a tiger look alike, right? At least they both start with the letter t!  The turtle block is bigger than the baby elephant block, so this means my additional animals will have to be that size. I don't think that will be a problem though, as long as I make the other extra animals that same size.

Lorna, Lorna, Lorna. You made it look too easy.  I thought I would simply make a square for the head, a rectangle for the body, and some rectangles for the legs, and everything would look great! The fabric would make it obvious what animal was being represented.  But since you had taken the time to show the shape of the animal, I thought I should make some more of an effort too. Although I did draw some sketches, I did not use graph paper, and pretty much winged it as I went along. 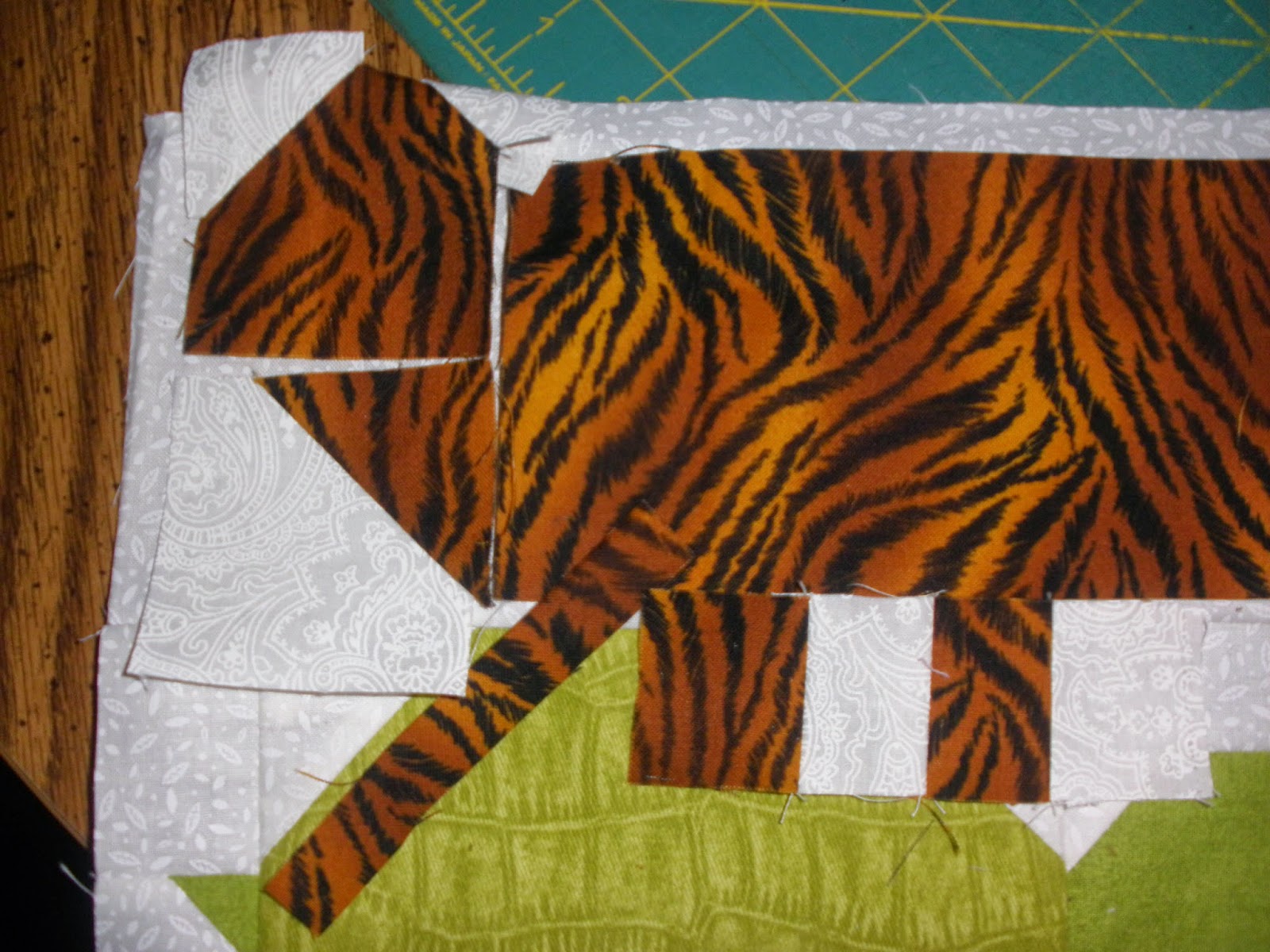 Unfortunately, there was a cow who wanted to join the Elephant Parade and was willing to dress in tiger's clothing for that chance.  I had to be quite firm and tell him in no uncertain terms that he was not welcome in the parade, but may have the possibility of joining the primitive quilt if he behaved. 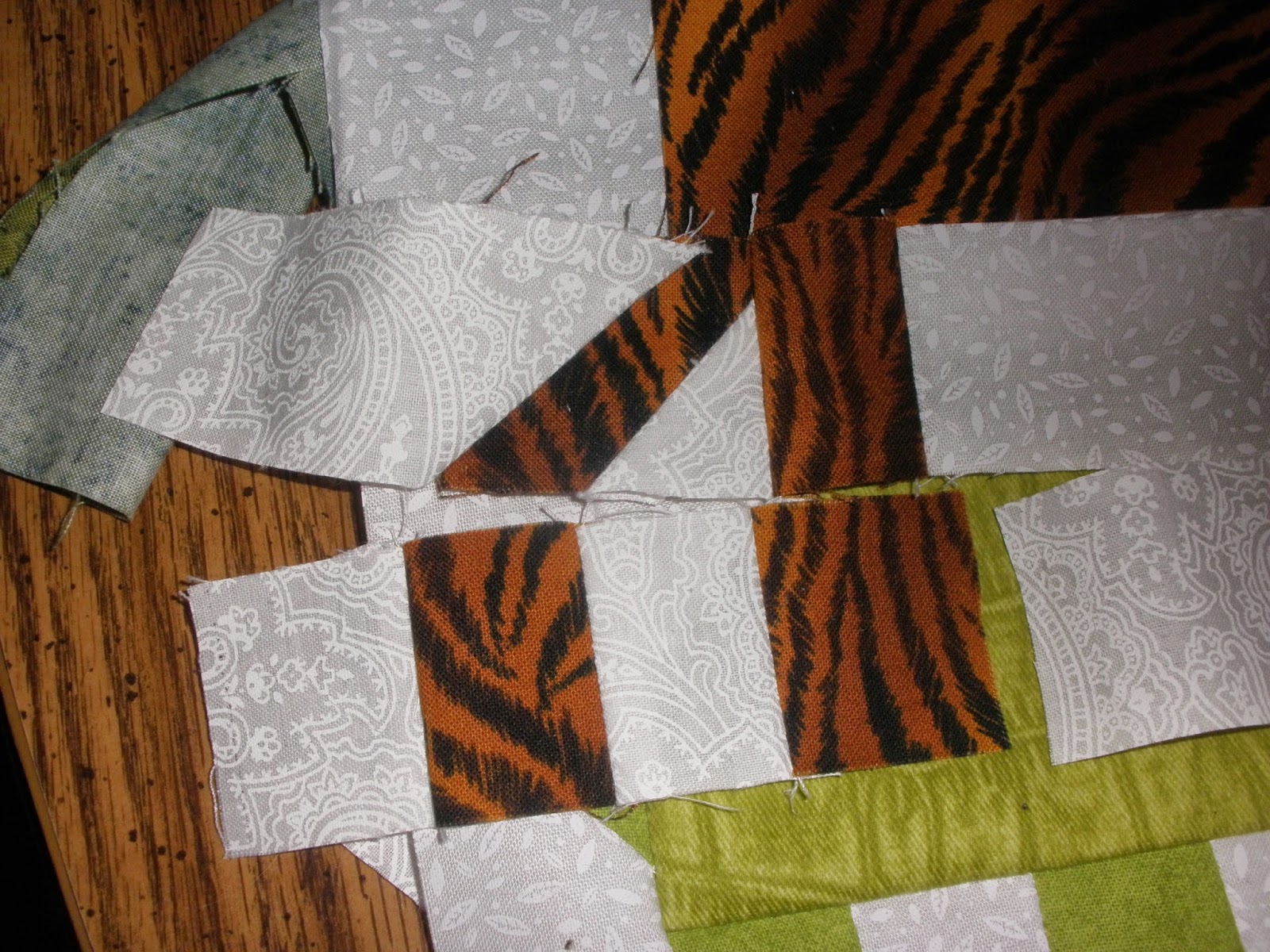 Then it looked like a horse.  Then the head seemed too small for the body. I made the body a little bit skinnier, but went ahead and attached, thinking the legs would help the proportions, but it still looks like it is too small.  It's not bad now, but I'm not sure I am happy with the bottom row of the legs. 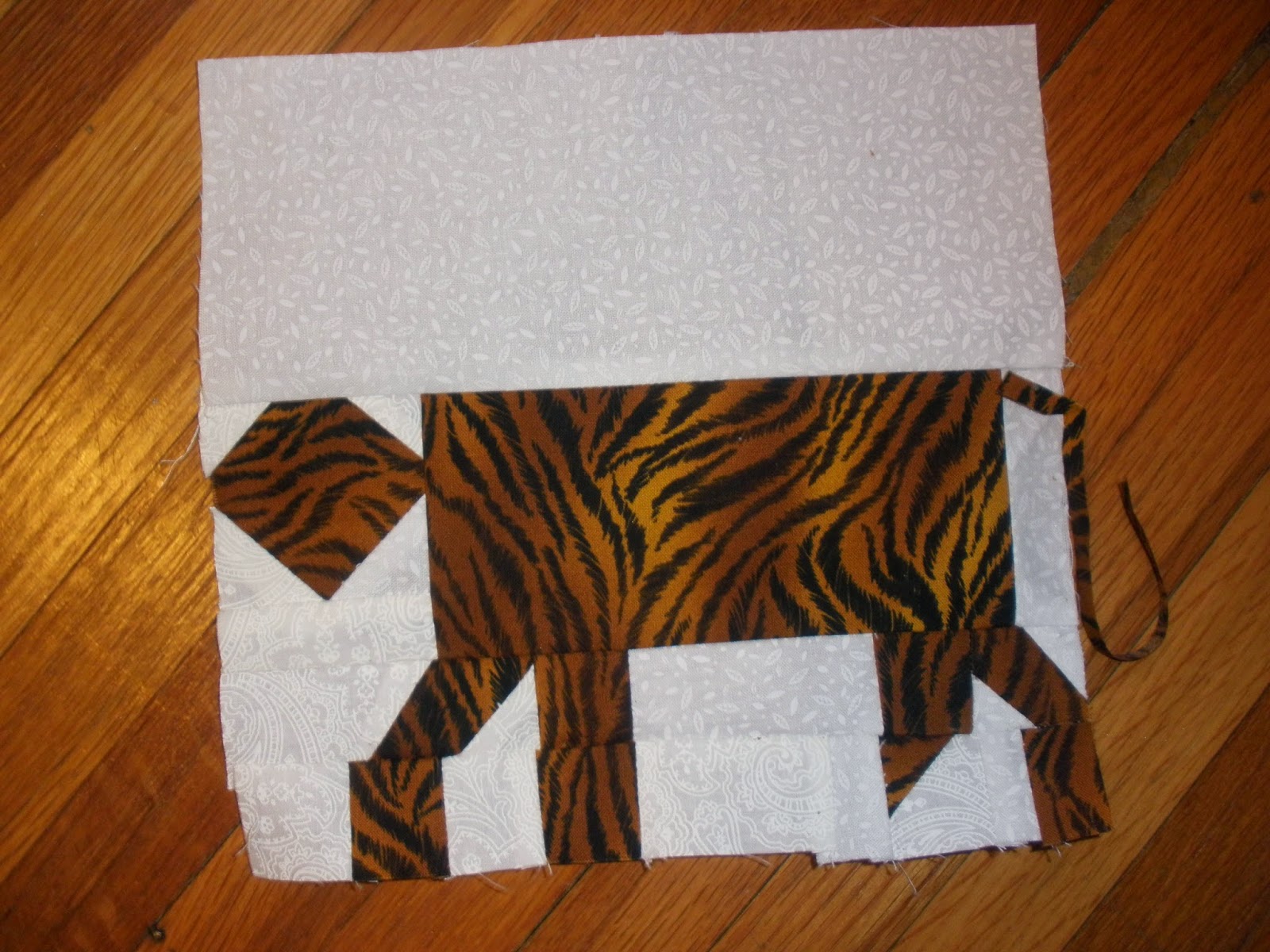 So here it is.  I will be appliqueing a tail on the tiger. One leg looks shorter than the others, even though it is farther away, but the white will be hidden in the seam allowance so it might be okay.  What changes would you recommend? 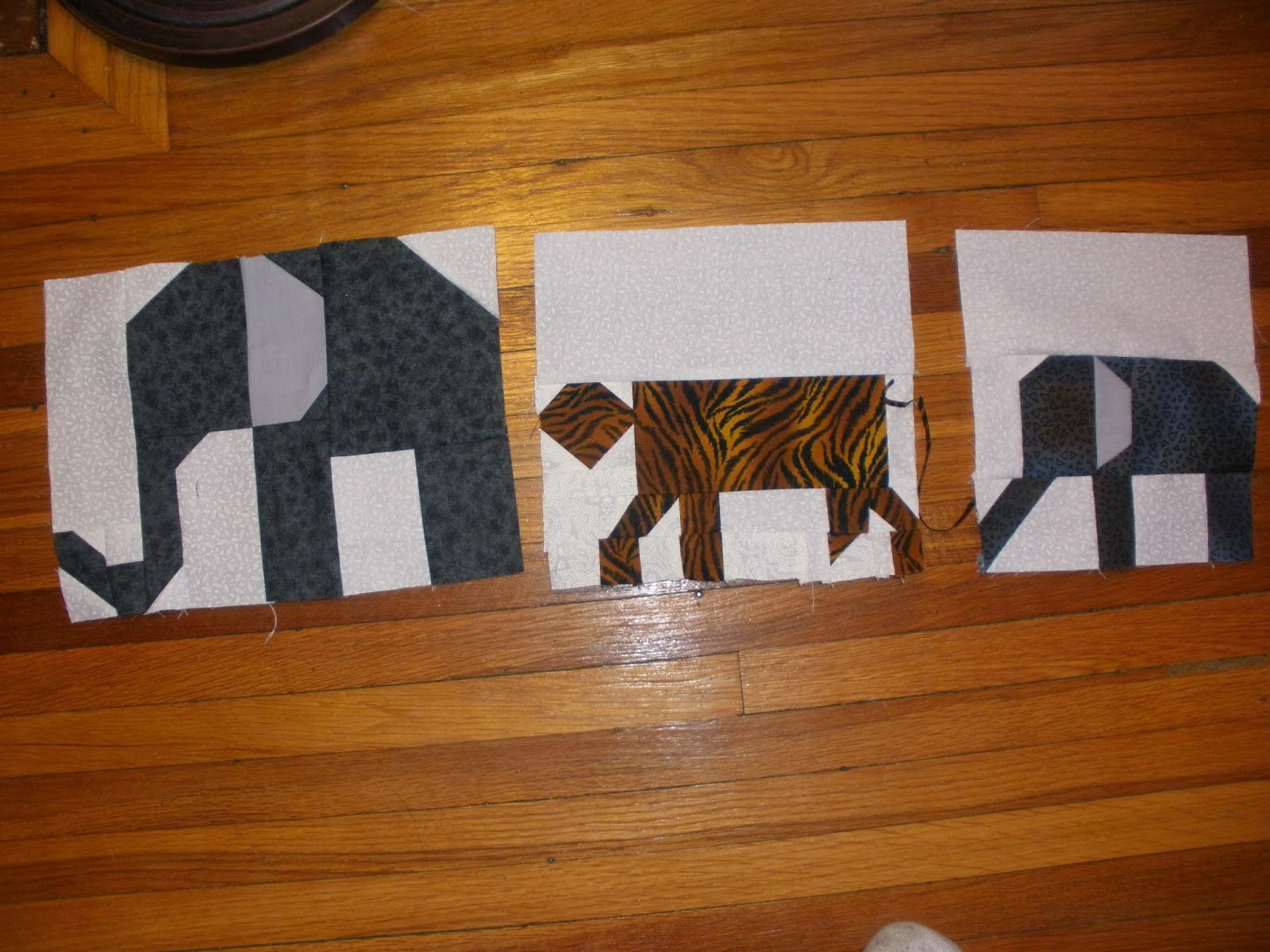 Here's what it looks like in the elephant parade.  How can I make this look more like a tiger?

Linking up with Let's Bee Social 62.
Posted by Shasta Matova at 4:56 PM

Oh, Shasta! Your tiger looks fantastic! Your post had me giggling out loud how this creature kept morphing from one animal to another. I am sure once you give him an eye and applique on his tail, that cow will be no where in sight. I give you a lot of credit for using your imagination and sense of creativity. Well done!