The Geese are Flying! 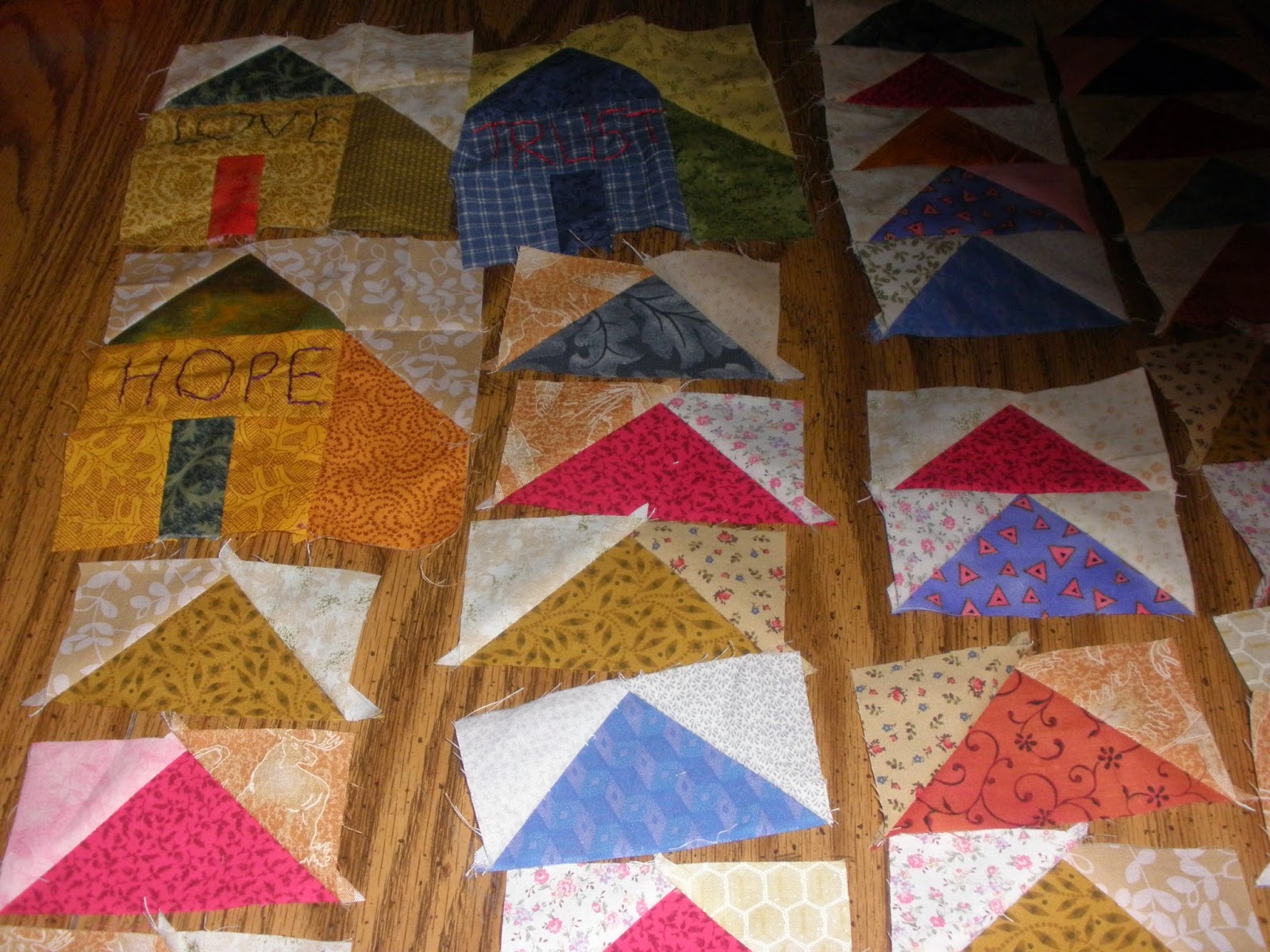 Jeni posted the directions for putting together all the blocks for A Life of Plenty recently. It is such a beautiful quilt!  I'm so glad I joined this quilt-along.  This post, though, made me realize how far behind I was, since I had a late start.  I decided to work on the pieced blocks to get closer to the finish line faster.  I made three house blocks. I knew there were a lot of flying geese in this quilt, but hadn't realized quite how many - there are more than 40. 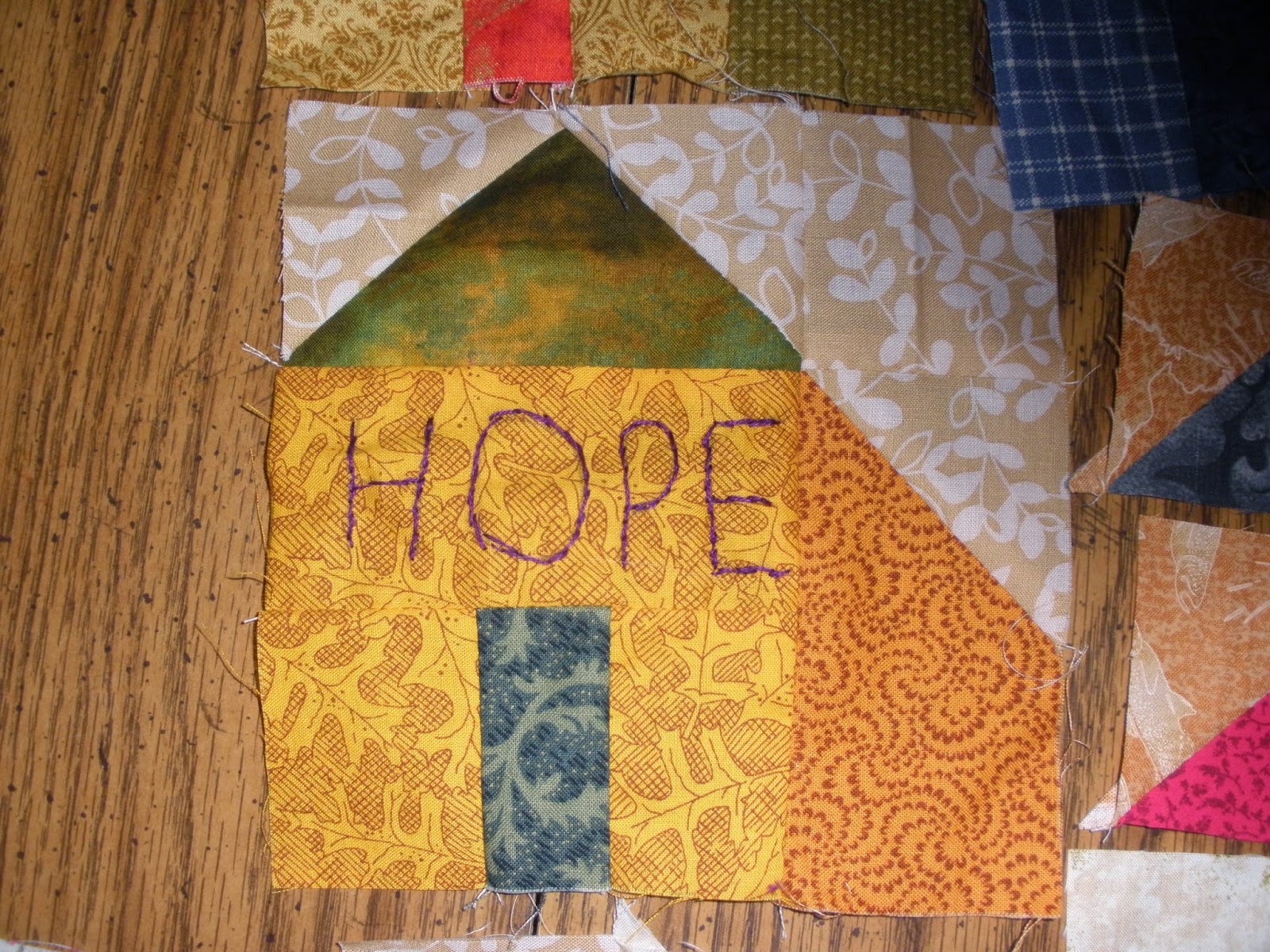 I really like using the no-waste method of making flying geese.  You make four flying geese at a time, and you don't really see the geese until the end. It is like magic! There are a lot of scraps used in these, from back in the day when most fabric came with floral designs. I don't know exactly what makes a fabric "prim", but there were some scraps I just wanted to use up that don't look like they belong in a prim quilt. I decided that just like I don't make purely modern quilts, I don't make purely prim quilts either. 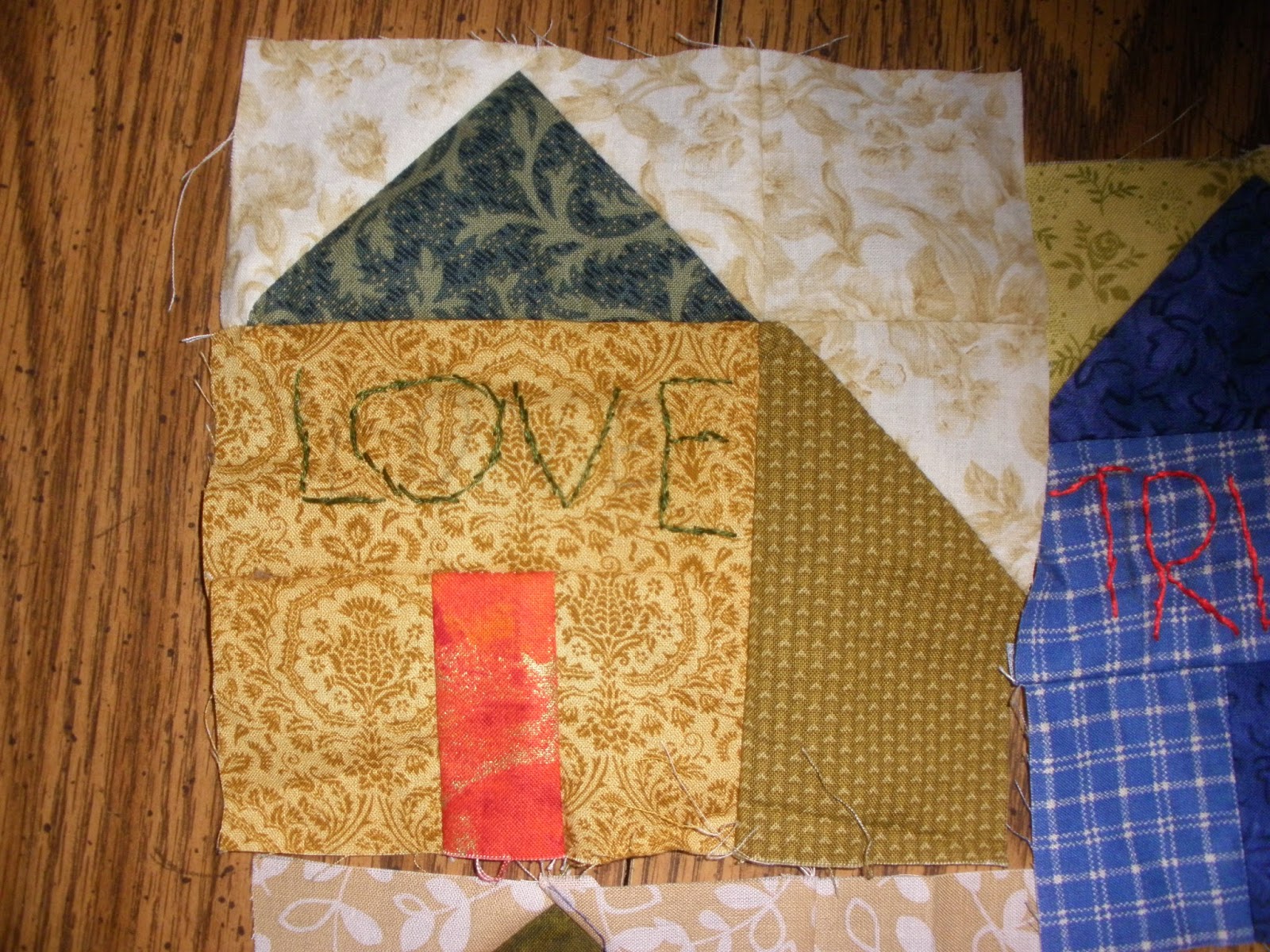 I really dislike paper piecing.  I haven't had much practice, but when I try, things don't work out well.  The last block Jeni gave us was a paper pieced one.  I thought about substituting it with another block, but stayed firm and decided to make the block.  It is only one block, and I haven't actually completely made a paper pieced block.  At least if I actually make a block, I can say that I can do it, and maybe I will be convinced to use it more.  Otherwise, I can at least say that I tried.

The frustration also made me be more lenient with the flying geese blocks. I left the chopped off points the way they were. 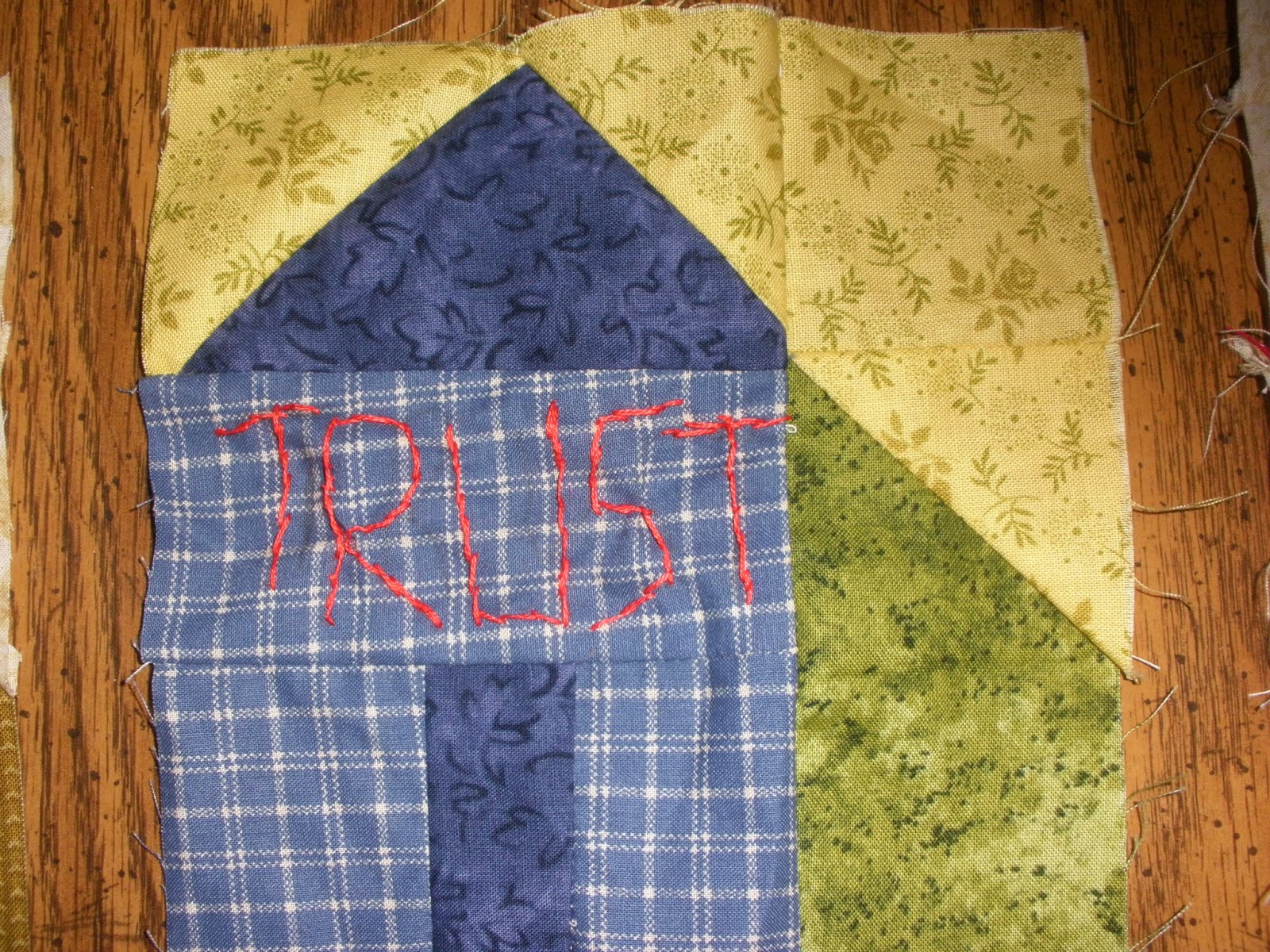 All the flying geese, house blocks, and the paper pieced star are done.  There are a few more pieced blocks to finish and a lot more of the applique blocks. I do think I will be able to go back to enjoying making this quilt now that the paper pieced one is done.
Posted by Shasta Matova at 9:40 AM

Email ThisBlogThis!Share to TwitterShare to FacebookShare to Pinterest
Labels: A Life of Plenty, quilting

I am not a fan of paper piecing, either.

I think your FG look great.