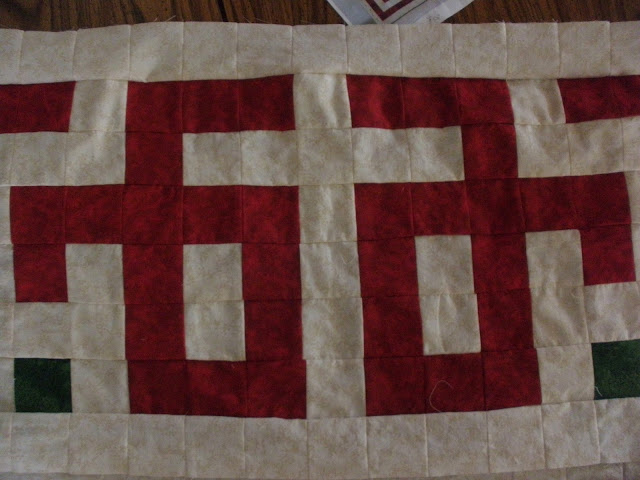 It sickens me even more to know that they are the acts of ISIS, a terrorism group that uses the word Islamic in its title. Their acts do not represent the faith of Islam and their beliefs are not the beliefs of most of the people who practice the faith.

If you look at the picture of the Islamic tile quilt I am making, the red is a stylized representation of Arabic. It says Mohammed. In the center, in the cream, is a cross.  At first, it bothered me that there was a cross in my Islamic quilt, but I think that it is there to show that we are one.  We worship the same God. I hope that we don't turn this into a war of religion or country or culture, when really it is some fanatics who are to blame.
Posted by Shasta Matova at 2:40 PM

Thank you for your lovely post Shasta. It is indeed a very sad time for all humanity when terrorists target the innocent. My heart was very heavy until I came together with others to worship God. There I found peace. Your blocks certainly seem very significant. I hope you are beginning to feel comforted as time goes on.