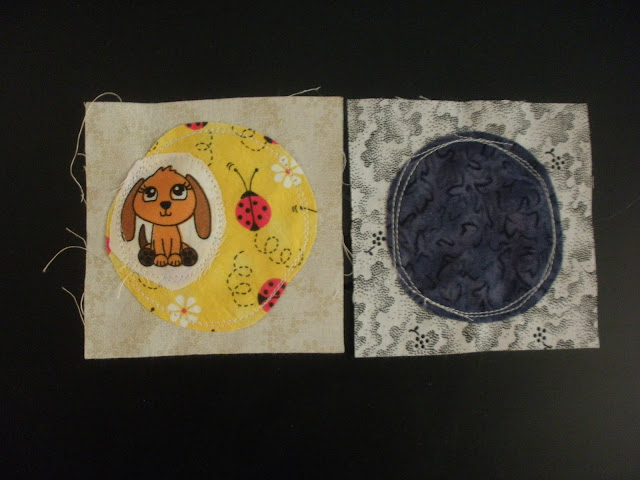 The block on the left is Friday's Quilty 365 project.  I took Zeus in for a bath. I bathe him outside in the summer but in the winter he gets to have spa treatments. He looks so cute  now, all trimmed and clean.  They gave him a yellow bandanna with ladybugs on it, which really brightened up his face. It's just a fabric triangle, which I absolutely love.  Too bad, there wasn't enough to put in the rail fence quilt.  It did make me rethink that the yellows I was planning on using are not bright enough.

The block on the right is Saturday's 365 circle.  It was a day of disappointments. Nothing horribly bad happened, but there were a lot of popped happiness bubbles. 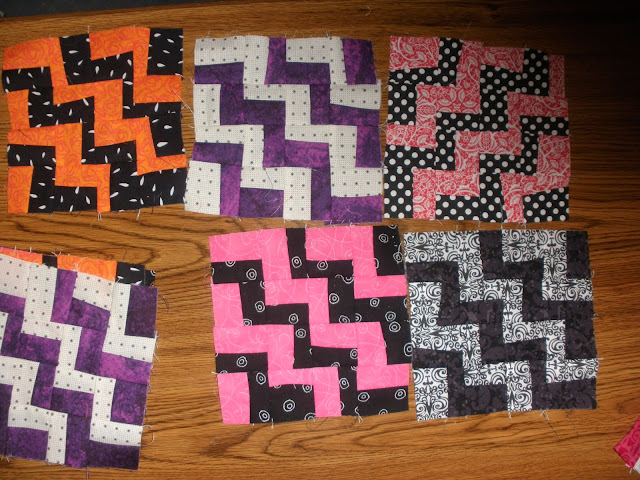 Here's my progress on the Cultural Fusion rail fence quilt. I added two more blocks. It was hard for me to mix that red and that black pattern in one block because I wasn't so sure they go together, but I am trying to mix more patterns, like the Australian quilters (and Sujata) would.  I do like it.  The red fabric (which was used in the elephant circle) is made in Japan, which helps with the Cultural Fusion theme.  I also like the energy in the pattern in the black and white fabric on the bottom right.  All the light fabrics seemed pretty solid in the other blocks, so adding some pattern makes me happy.

June asked about the size of these blocks.  They are less than half size of the pattern in the book, plus my improv sewing means they might need to be trimmed before they are put together, so the block will be 6" square finished. I don't know how many blocks I am going to make, but my minimum is 15 to have enough variety and choice in the layout. 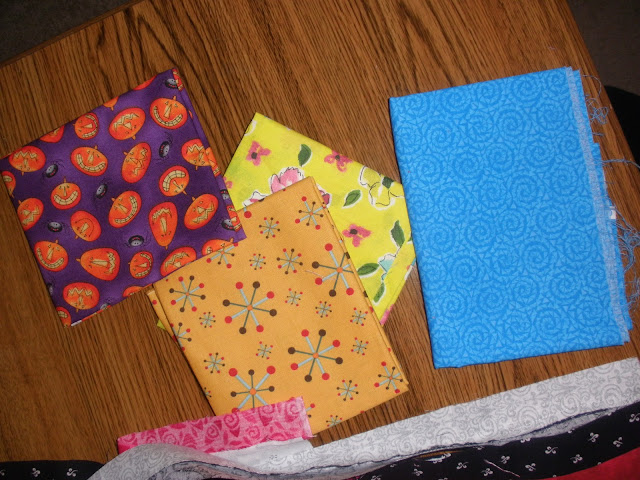 These fat quarters are other fabrics I had considered for the quilt, but right now, I am thinking that I should just stick to the pink/  red/ purple. The strips at the bottom are WIP so that pink and red will go in the quilt. The orange blocks that are already made seem to be outliers that may get to be specially chosen for the orphan quilt, but I will wait until all the blocks are  made before I make that decision. I might make a border in the blue, depending on whether it will work with the quilt. It's been begging to be in the quilt since the very beginning.

This Quilty 365 project brings up the Project 365 I did in the past, which was a photography project. I have been taking my camera with me more often, and the clouds were so pretty yesterday. 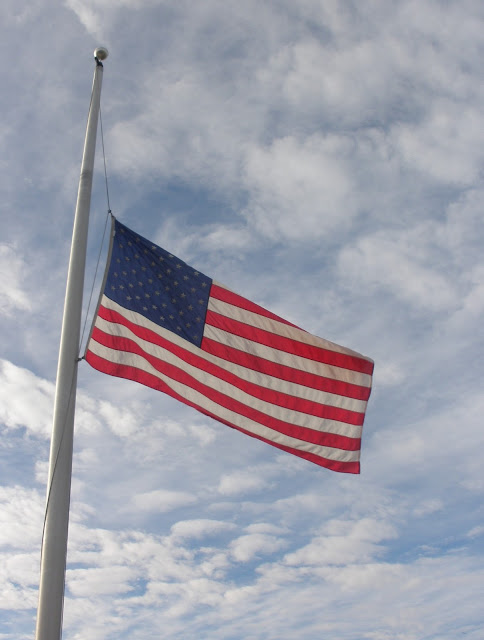 So sorry so many disappointments clustered on that one day -- I know I've had days like that and it is no fun.

The rail fence blocks are SO full of energy - like what you are dong with yours.

I hate days like that! Like you said, nothing horrible, just lots of vexations. Hope Sunday was better. Love your circle blocks - and those rail fence!!! I want to hop on that bandwagon right now, wow I love them!!!!