It's the end of the year, and I am excited to give you a recap of the posts I made and the quilts I finished this year.

I announced the word of the year in January - Transform.  The goal was to transform your life, be bold, dream big, embrace the journey.  I have to say I was very successful in this goal, more so than I imagined I would be able to.   I became more confident, really enjoyed the quilting, and finished quite a few quilts this year.

I made five circle blocks for the Circle 365 project, and prepped some blocks for the Adinkra quilt. And I worked on binding the Daisy quilt - now known as The Earth Laughs in Flowers.

In February, I made a couple of little things - a rice bag and a kitchen towel, and a Glitter block. Poor lonesome Glitter block. I will make more someday.   I finished making the Adinkra top and added the inner borders.

In February, I also revealed The Earth Laughs in Flowers. I made my first ever Smilebox video to show it off. 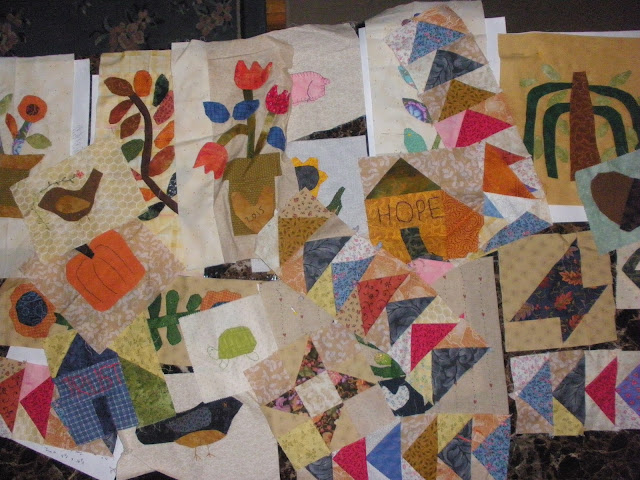 I had surgery in early March, so I switched to handwork during my recovery. I made lots of Life of Plenty Blocks. 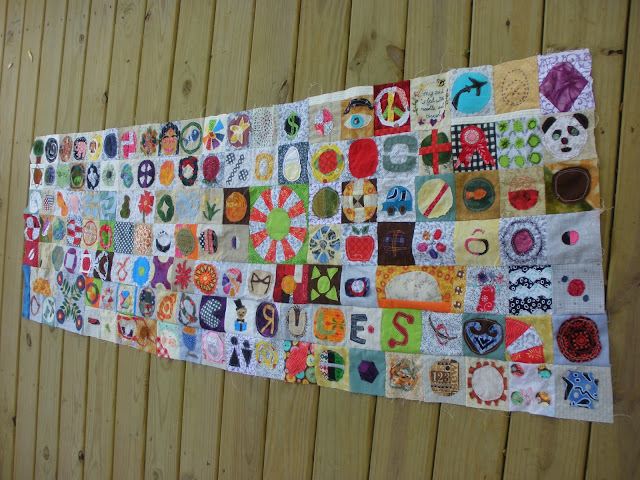 In April, I made 12 Circle blocks, and added them to the quilt top. 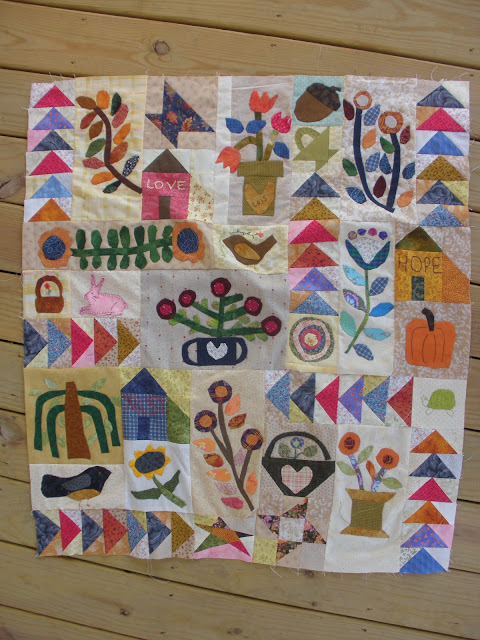 I also finished the top for Life of Plenty.

It was a busy time at work in May and didn't have time for much quilting.  I did share some springtime photographs. 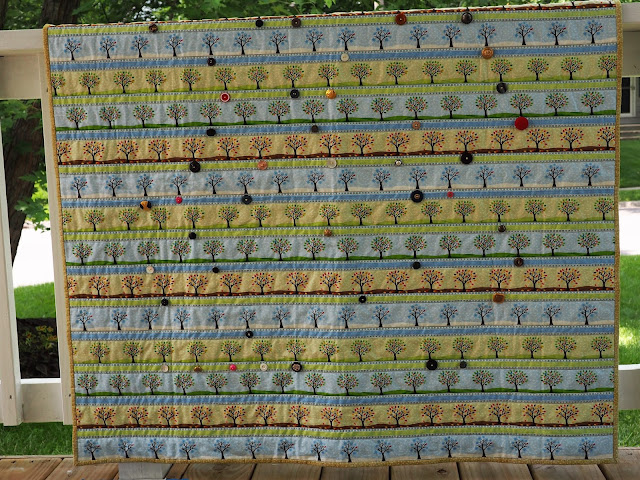 In July, I shared the finished Button Season. I also showed you some prepped 1857 blocks and one circle block. 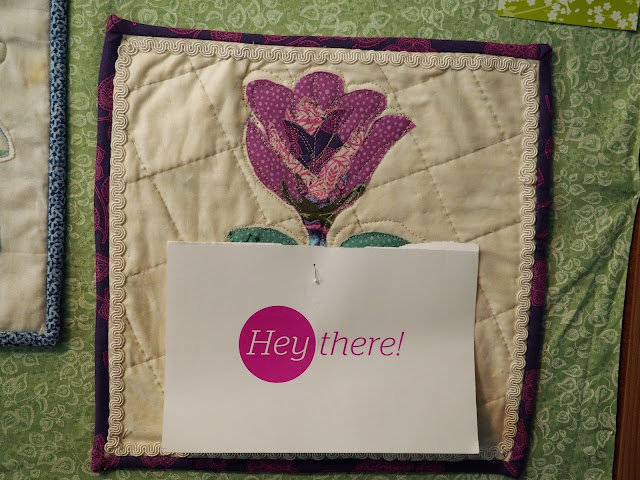 In August, I started and finished Family Flower.  The leaves have the names of family members embroidered on them. I chose and added a border fabric for the Adinkra quilt. I won a Wingman Mini Laser-Cut Kit, and I showed you some summer photographs.

In September, I shared more photographs. I finished painting and staining my porch, got a new refrigerator, and made several visits to a local cemetery to take photographs. I joined a 7 day mystery quilt sewalong, chose a backing for the Adinkra quilt, and started the Red and White Presents quilt.

In October, I held a Finish Fest to motivate myself to get lots of work done before the second busy time at work, but the Finish Fest lasted pretty much the rest of the month. 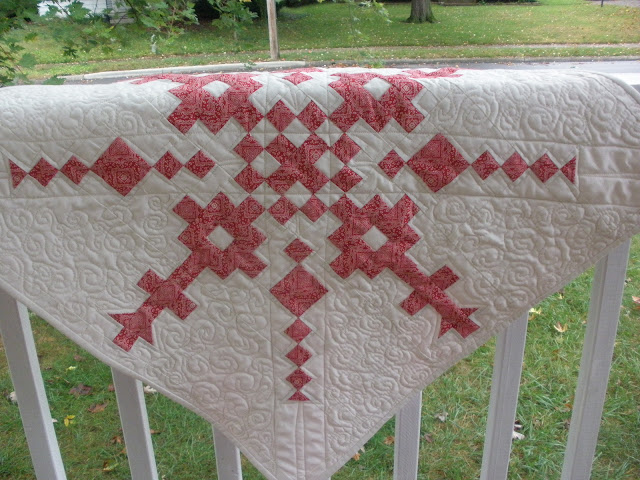 Besides chores and such, I finished the mystery quilt. I started the Red and White Tree quilt and shared some late summer photographs. 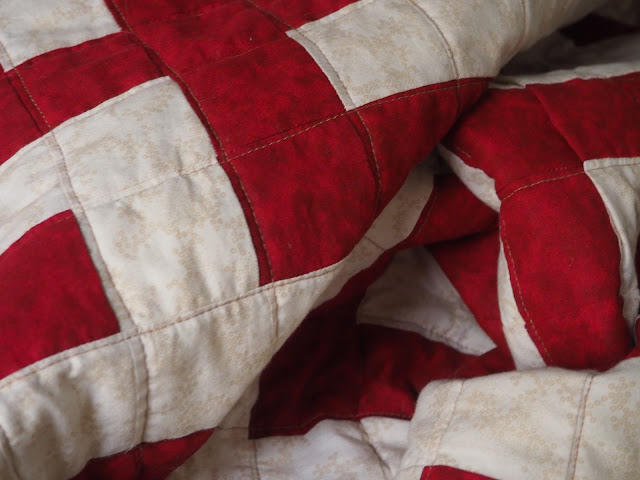 I also finished the Tile Quilt.

In November, I won a fat quarter bundle of fabric from Quiltmaker. 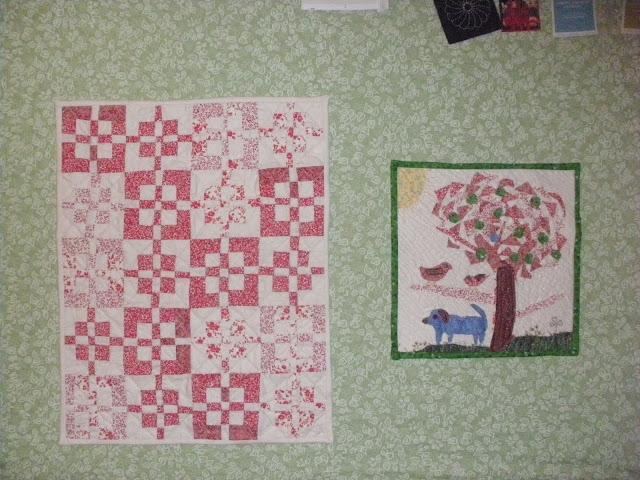 I finished the Red and White Presents quilt and the Apple Tree quilt. I made nine circle blocks and bought and reviewed the Sew Steady Table. I also started the Ringo Lake mystery quilt and the Equilateral Triangles quilt. 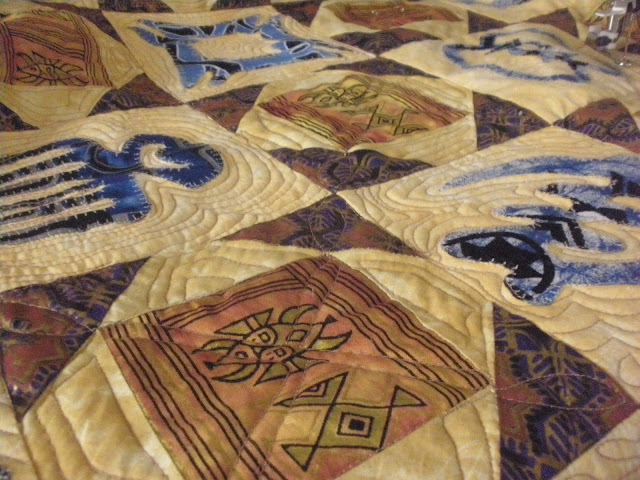 I spent a lot of time this year talking about the Adinkra quilt. "Look I found a fabric to use!", "I changed my mind; I am going to use this fabric instead!"  Thank you for your patience with this quilt this year. I was hoping to finish it before the end of the year, but I got sidetracked with the journal/scrapbook.  I just have one border left to quilt and the binding to finish this quilt. It will be nice to have a quick finish at the start of the year. 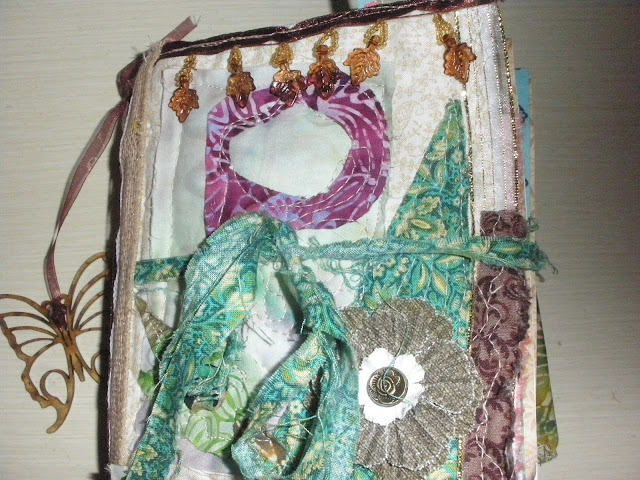 My last finish of December is a genealogy scrapbook. It was a lot of fun to combine my quilting and genealogy hobbies, and venture into the world of paper crafting.

My top five are:

I hope you have a wonderful New Year filled with plenty of time for crafting.

Posted by Shasta Matova at 9:51 AM

Great recap of 2017, I really like the flower blocks. Thanks for linking up and happy new year!