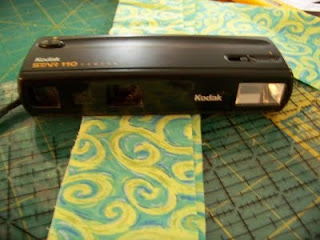 I lied to you the other day in my instant camera post. I told you that I moved from the instant camera to a 35mm. But I couldn't remember what that camera looked like, which I thought was strange. I realized the reason I couldn't remember a 35mm camera, because I didn't have one! I had a 110 camera. I still have it, as you can see by the photo. It took square pictures, 3 1/2" x 3 1/2". Is that right? Did the 110 produce square photos? I did have access to a 35mm camera, at least the photos, my brother's, so I do have rectangular photos interspersed here and there. The rectangular ones are 3 1/2" x a little less than 5". They are from a 35mm right? I'll tell you more about his camera later when we get to those photos. 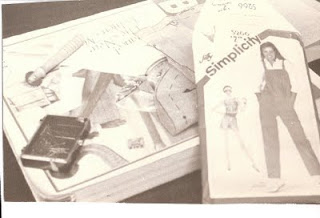 I also forgot to mention other camera topics in my high school life. I might have used his camera to take some pictures for a photography class I took in high school. Maybe I borrowed one from the school; I don't remember. I didn't learn much. The teacher wasn't hands on, he asked one of the other students to show me how to develop pictures. He told me to take pictures and develop them without giving any guidance as to what he wanted. Maybe artistically that would be good, but without any basic idea of focusing, depth of field, etc., it is hard to be artistic when you don't have the mechanics down. I went from a point and shoot camera taking snapshots to one I had to manually focus, and make decisions about. I did take a few good black and white pictures though, although my criteria for "good" may not be quite as high as other people's. 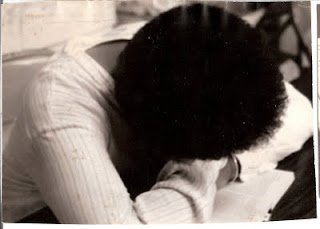 There isn't much to tell about the 110. It is small, much smaller than the Polaroid, and lightweight. So it was much more convenient to take places. Which explains the million photos I need to scan from 1984. It is point and shoot, fixed focus thing, so you can take pictures of things up to twelve feet away. If you go to the wikipedia link, it shows you a picture of what the film cartridge looks like. It was quick and easy to change film. I paid for my own film and developing, and found that I really enjoyed taking pictures.
Posted by Shasta Matova at 12:27 PM

This is fascinating! You know I remember the term '110' but I don't remember if I ever owned one or ever even saw one! But what an interesting trip through time you've brought us on! I think you're a fabulous photographer and you obviously had to learn on your own, I suspect your teacher should have retired or chosen another profession ;)but you're both smart and creative so it's a testament to your own abilities that you learned as much as you did and take great pictures today!

OMG! I didn't think anyone had 110's anymore! That is so funny. I used to use one all the time when I was a kid too. That and the disc cameras. Remember those? Fun Fun