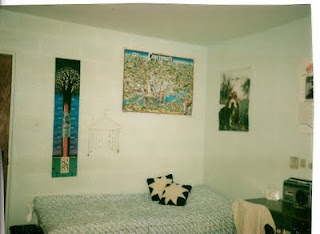 Sorry about leaving the cleaning post up so long. People probably think that I either have a very messy house or a very clean one. It is neither. I took a break from the machines and read a book. It talks about adding historical information to your genealogy, so you are writing a social history and using your family as characters. No need to fictionalize. And there is a broader audience than just your family. Of course, I can't do this, because my family is very private. If I do write anything, it will have to be sealed for a 100 years or so.

I've been scanning instant pictures, and although I haven't done the historical research, I thought I would tell you the story of my instant camera.

I didn't sell tickets to win the prize, but after a while, I found that I was pretty successful, and that maybe there was a chance that I would win a prize.

At the same time, our "family group" which is what we called our homeroom class, had a Secret Santa. We drew names out of the hat, and we were supposed to do nice surprises for the person from time to time for the prescribed time period - two or three weeks. My Secret Santa did not get me anything for a while, and I felt gypped, but I was enjoying thinking of giving little gifts to my person. One day, my Secret Santa asked me how it was going. I didn't know it was him at the time, but I had to be honest and tell him that I hadn't gotten anything yet. He only gave me one gift that I can remember, but it was a big one. He had been selling raffle tickets as well, and he had given them to me to claim them! 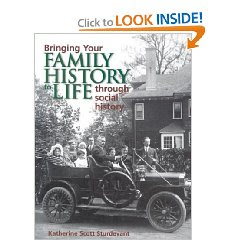 I won my Kodak instant camera. It wasn't the first prize, but I preferred it over the other prizes. Film was expensive for the 35 milimeter camera, but it is even more expensive for the instant camera. The difference, of course, is that you don't have to pay for processing. You also can't make copies or enlarge, etc., but at that time, I wouldn't have been able to afford to do those things anyway.

I also bought a 35mm camera. It was a fixed focus kind, with no zoom. I went to college with the cameras. My camera usage went up dramatically that year, both with the instant camera and with a 35 mm camera. I have one picture dated 8/30/1980 with the instant camera, and 27 in 1982. Since there were 10 pictures in each pack, I'm not sure if I am missing pictures from 1980, or if I used the same pack in 1982 that I started in 1980. The picture is of my dorm room, so nice and neat. Te hanger is holding my necklaces. All the posters were ones that had been given to us for free. By this time, Polaroid was suing Kodak for copyright infringement on the camera, and I thought that it was possible that my days with the Kodak were numbered. Both Kodak and Polaroid had film that would only fit their camera, so if Polaroid won, Kodak would stop making the film, and I wouldn't be able to take any more pictures with my Kodak instant camera.

One day, a boy asked me if he could borrow my instant camera. I didn't know him very well, but I saw him around from time to time He lived in another wing of the dorm, and I said yes. He would borrow it from time to time, and return it, but eventually he just kept it, and I knew where I could get it back if I needed it. He probably had it for at least a couple of months when one of my friends suggested that we go to his room. I still didn't know him very well, but since I was going with my friend, I said okay. It turns out that he was selling fake drivers licenses using my camera. He had made a big poster of a drivers license, and had the student stand in front of it and take a picture of it. He offered to pay me, but I decided that I would rather have my camera back. It wasn't that it mattered to me that he did this, but I just didn't want to have me or my belongings associated with illegal activities. I was over 18 and legally old enough to drink, so I didn't need a fake drivers license.

Oh and in case you were wondering what happened to the white border around the photo, I cut it off! I had seen some scrapbooks, when scrap booking first became introduced, where people had cut photos into interesting shapes to put in the book. They don't do that as much anymore, but I have many old pictures where the background has been cut off. I was worried that the chemicals might spill out on the instant photos, but I tried it on one, and it was fine, so I did the rest. I only have two photos without the white taken out.

Kodak lost the lawsuit, but by that time I had switched over to using the 35 mm camera completely. According to the Kodak website, rebate checks and certificates were issued beginning November 4, 1988.
Posted by Shasta Matova at 9:47 AM

Wonderful stories, history and so on. Loved it! I'd all but forgotten the Kodak and Polaroid lawsuit and it really is interesting to think of that era. LOVED the counterfeiting ring you unwittingly contributed too. What a story that is!!! I wonder if those fake driver's licenses are saved in hope chests and college trunks in attics now as memories of their good old days..ha ha. I actually really like the family characters part. You could include yourself, as well, and then be stoned to death by the rest of your clan at the end...oh, that sounds awful! But it sure would make an interesting read. Oh heck, go ahead and write it and only sell one illicit, clandestine, even counterfeit copy to me;)

We had a Polaroid - how I hated that camera. It got stolen out of my locker in basic training, and I didn't have another until I had my first child, at age 33! I guess I'm making up for lost time now.

I really enjoyed reading this post, and hearing about your experiences related to photography and cameras. Thanks for sharing this!