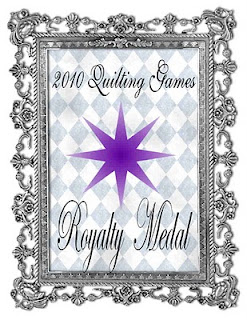 
The Olympics are suddenly over. I am not a sports fan, but I did enjoy the figure skating and ice dancing. I also watched several other competitions, but as the days went on, I watched less and less, and was looking forward to a time that I could see something else on television. All the other stations played reruns or things I did not want to watch.

I have started competing in the Winter 2010 GeneaBloggers Games.

I will be competing in all of the competition categories:

Well good for you - you're an Olympian! I seemed to get more done with the tv on all the time, I don't know why - I watched it all. Since I can't watch tv without keeping my hands busy, maybe that's why I got more done. I'm glad it's over now though!

Hi Shasta,
Thanks for visiting my blog and encouraging me with my granddaughter's heavy quilt. Yes, I have been very discouraged and my daughters even came over to tell me it was turning out just fine. Thank God for encouragers! Thank you!
We watched the Olypics and my favorites were the downhill skiing and the snow boarding. I guess it just amazes me how someone can repel themselves 50 feet into the air and twist and turn and still land on their feet. The downhill is much steeper than the camera even showed it. That is beyond my comprehension! :) ♥♥♥ ChattyCathy

Hi Shasta. I should have competed in the quilting olympics too. There is a lot there that I need to put my name in for. Maybe I'll try a new technique?... I have done fusible applique but I'm wondering about trying machine applique next...