Yesterday, I promised to talk about rail fences today, so here I am!

The reason that the Cultural Fusion rail fence became sidetracked was because it needed more blocks to make the layout.  And I have misplaced the book, and because I had forgotten the size I had cut the strips to make the block.  Even if I looked for and found the book, it might not have matter, because I'm pretty sure I had altered the size.

It turns out that it was a simple matter of measuring the parts of a block that was already made and I was good to go! 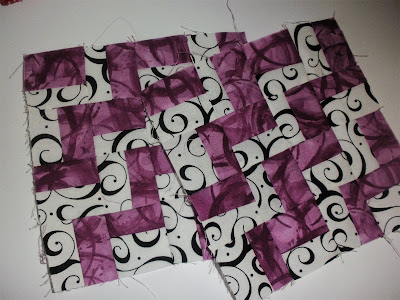 The purple fabric was already out, so I must have chosen it for this quilt, and the B&W fabric was in my scrap box and in just the right amount. It was used in my improv quilt using one of Sherri Lynn's scores.

I have been sewing together all of the leftover rails end to end and I added the leftover rails of these blocks to the chain. I kept the values the same throughout the chain - all the darks in one row the lights in the other.  Since the leftovers were done, I considered different options.  It is a little hard to show since the rails were in one long chain. 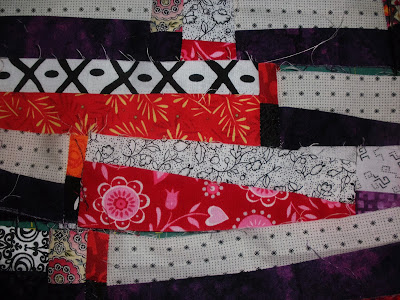 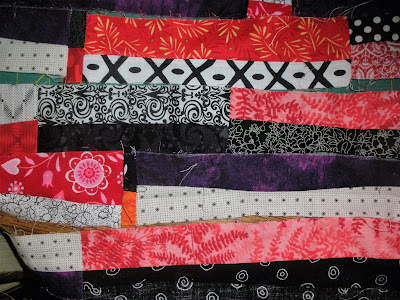 Alternating two rows of lights and two rows of darks. I like this better because it better emphasizes the darks and lights. 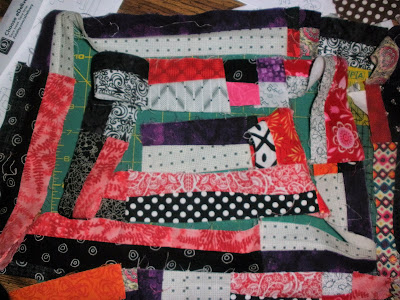 Courthouse square or log cabin  While this method intrigues me, I had already used it for the Elephant improv so I decided not to make another one of those.

I cut the pieces to one size and sewed them together. While I did reject some combinations because I didn't want big blobs of one color or fabric in any one section of the quilt, for the most part, I just combined them as I picked them up.  I think this is how the Mile a Minute quilt is created. 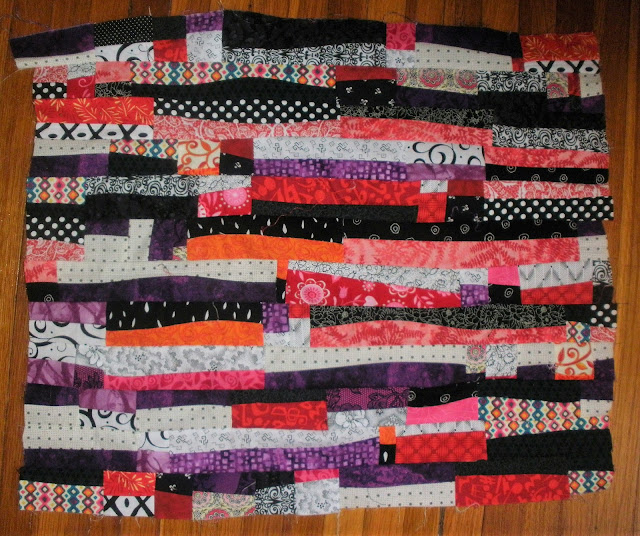 The whole time I was making it, I expected it to be horizontal. But the seam allowances took quite a bit of the length, and now it is wider than it is long when you look at it this way. 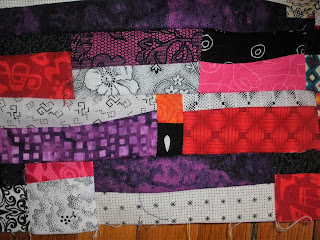 I like the little raindrop or teardrop that wound up in this piece. 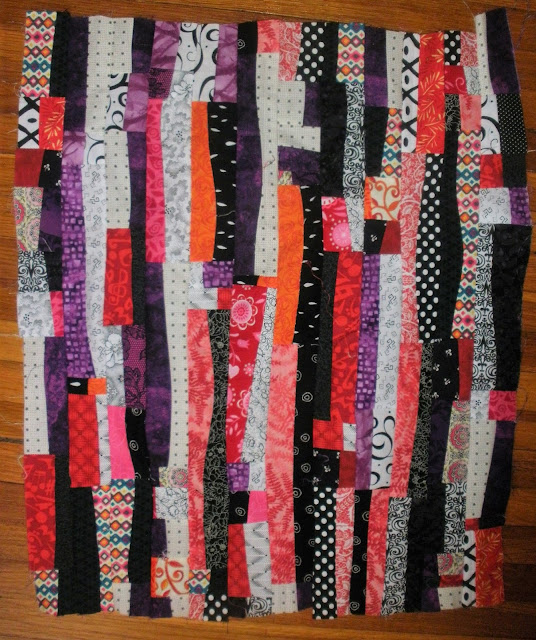 This is the same picture turned vertically so you don't have to turn your head.
Posted by Shasta Matova at 5:55 PM

this quilt is so vibrant and lovely, Shasta....I love the colors hugs, Julierose

That is pretty neat! Leftover quilts are always fun.

I like the scrappy look a lot, and your reds/oranges work really nicely with the blacks and very light fabrics. It has a lovely feel to it.

Lovely. Your colors and fabrics are really nice. But what happened to the rail fence blocks? : )