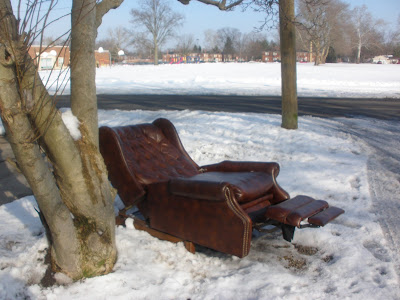 It's been a few days since I posted, and although I have been doing quilty things, they didn't seem very post worthy.  I had a large list of things to do, not an official list, but things that I had been planning on doing.
I have been making progress on much of it, but each one took other steps that slowed it down.


For example, I found a fat quarter that was perfect for the leftovers quilt.   But the leftover quilt is almost exactly the size of a fat quarter, which meant I had to do a little piecing of the backing to quilt it.  Not a big deal, but I hadn't expected that.  It is  now sandwiched and ready for quilting. 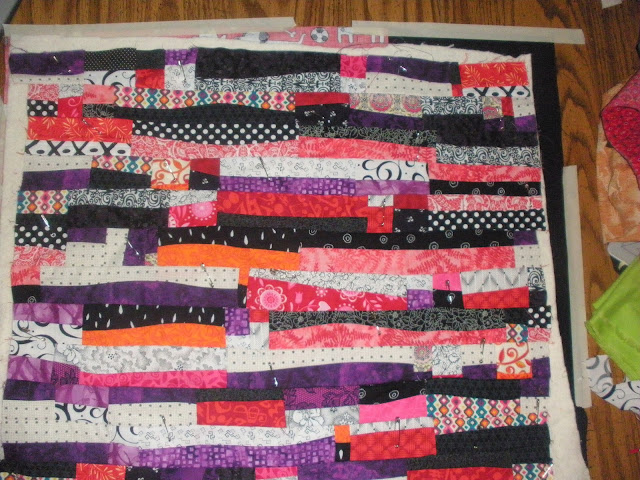 It's also snowed several days, so some time has been taken out for snow shoveling, which I also enjoy doing.

Most people did not find a mistake with the balance with the rail fence quilt, but I had already taken a set of blocks out to fix it.  Here's the revised version. Hopefully I didn't do anything to make it worse.  This means I have met my goal for the month for OMG, although I do hope to quilt it this month too. 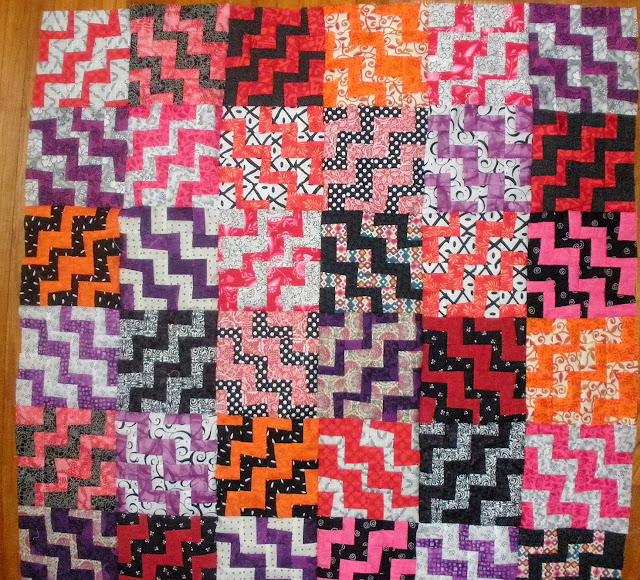 I've been working on cleaning the sewing area / dining table, which mostly means trimming up scraps into rectangles. There are a lot of pieces that aren't rectangles because of all the improv and applique I have been doing lately, but I started a nice stack and the dining table looks much nicer. I just have to trim the rest of the scraps and put away the bigger pieces in the storage area. 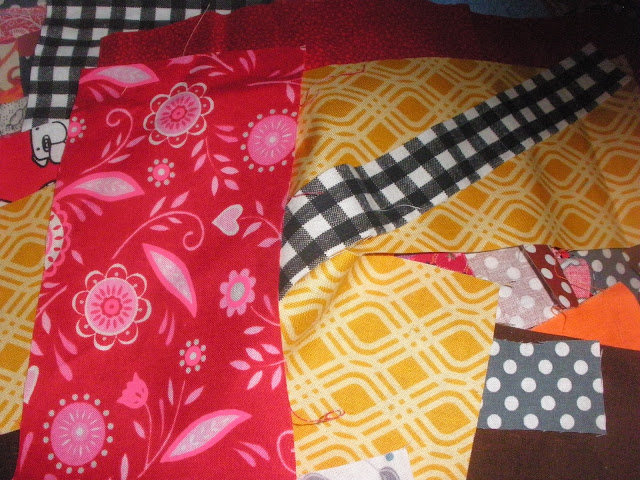 I have bought,  washed, dried and ironed the fabric for the 1857 quilt.

I was trying to focus on cleaning the area before working on anything new, such as the 1857 quilt or the circles, as a way to motivate the cleaning, but it seems to backfire.  Do you know what happens when you don't make the circle for the day?  There are two, not one circle to make the next day.  They keep adding on, making it harder and harder to catch up.  Even though I enjoy making the circles, this fact makes me lose my motivation.  My 100th day is coming up on Tuesday, and my goal was to have a post entitled "100 Circles in 100 Days."  I need to make lots of catch up circles so that post can happen.

Ha - I like the pic of the recliner in the snow! I know what you mean, you start something [and it looks short on your list] but there are so many more steps involved - it always takes me longer to do things than I think it will. I love the leftover quilt, and the rail fence. Any idea how you'll quilt them?
I don't do "daily" projects - I know myself too well. I have days where I don't touch my sewing at all, I'd never catch up!

Congrats on all the progres. The left over quilt is fun and so is your rail fence quilt. Good luck getting your circles all caught up.

I hope you don't give up on the circles: I really like yours a lot. You have definitely been productive recently though, so I guess it's just hard to squeeze everything in. Love your left-over quilt and how the rail fence has finished up.

Looks like you've been very busy! I totally cracked up at the recliner in the snow. Love it! :O)

I hear you sister!

Lol, I love the recliner in the snow photo. I know what you mean, things always take longer than you think. I love your leftovers quilt. I hope you get your circles done.

The rail fence is beautiful! Everything else you shared is too, but I have been looking for this one!