The People Have Arrived For the Elephant Parade!

Excitement is building backstage as the people have arrived backstage (what do you call the part of the parade where people get ready?)!  And as everyone requested dancing people, they are doing just that! 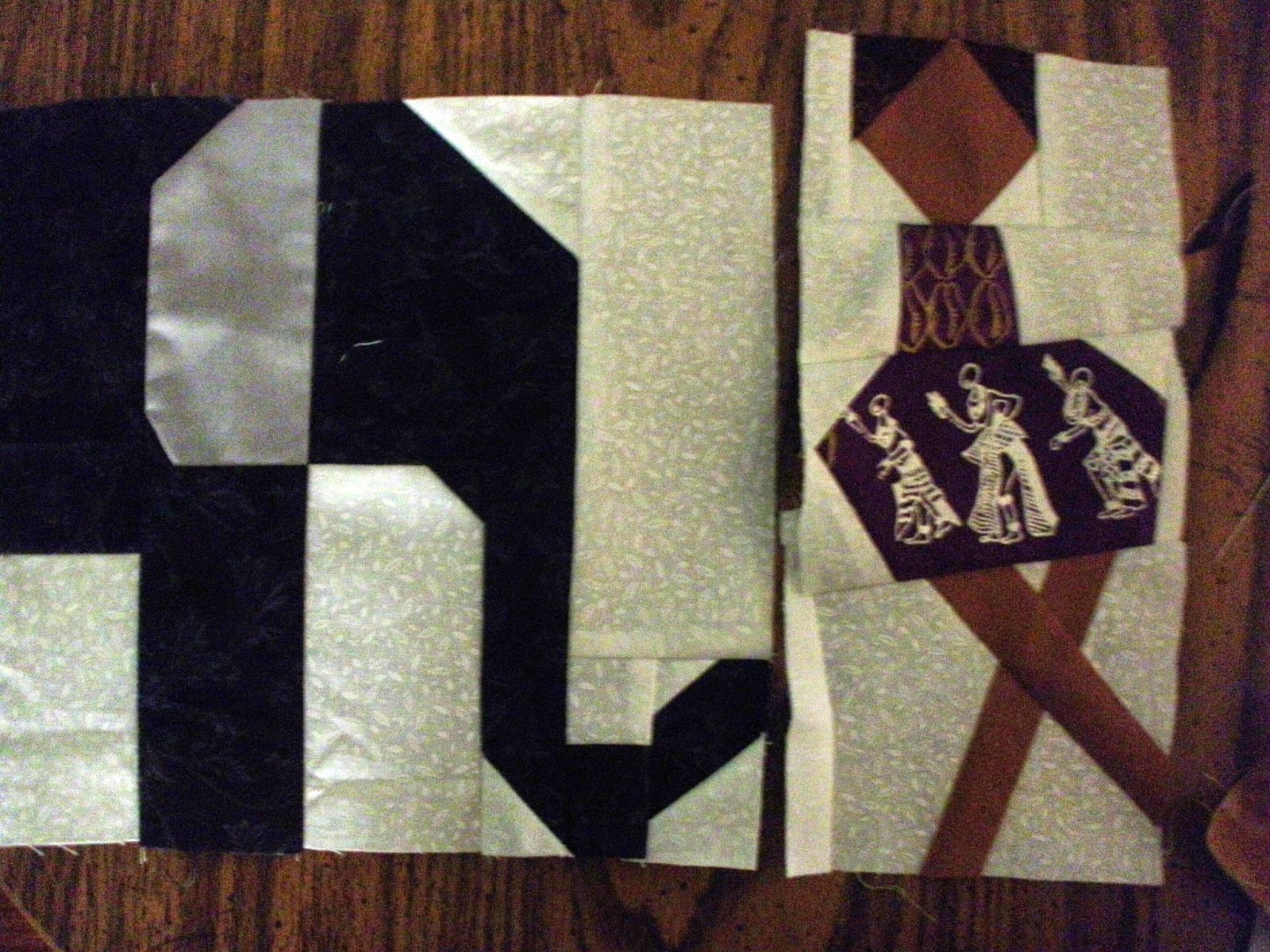 I started out making this dancing woman. I started with the skirt, trying to keep all the dancers on the skirt intact.  But as you can see, she is too tall.  And since I had to give her some surgery anyway, I decided to make her a little bigger on the top. She looks disproportional, since her top is so much smaller than her bottom. 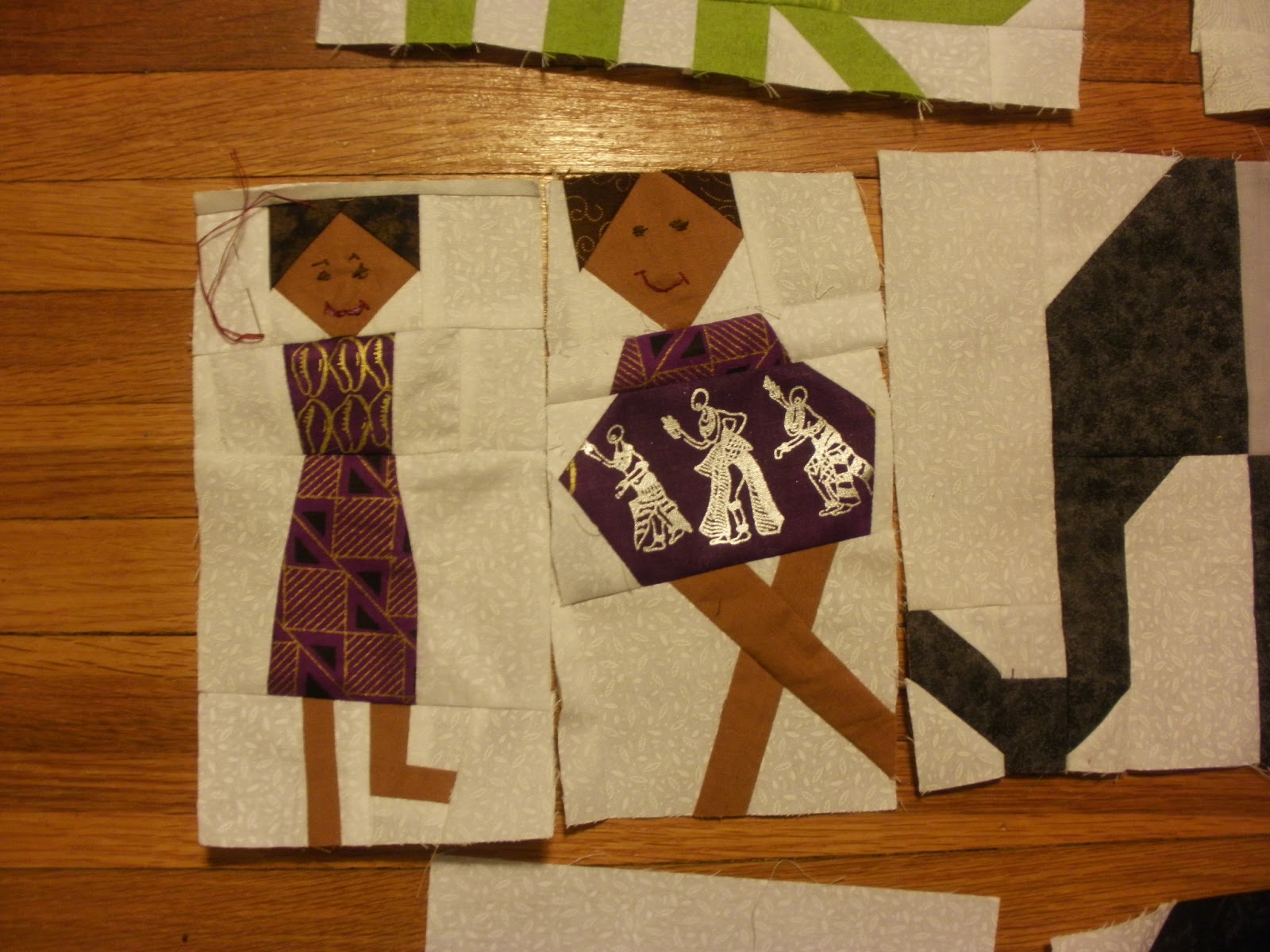 She turned into these two women.  Since there is a limit of three people in the parade, the one on the right is probably going to have to go on the back or have a special place in the orphan block quilt. She looks like a spinning top! Or maybe she has to go to the bathroom really badly!  Or maybe one of them will get a special place on the border.

The woman on the left came after I had seen some quilting shows.  I kept trying to figure out how to make people with straight lines, but after watching an episode of the Quilt Show where they were showing drunken path blocks, I remembered I know how to do curved piecing, so I did some curved piecing on her hips.  I really like her.  I thought about adding a sash on her to show her as Miss Parade, but I would like to keep showing off her pretty dress. 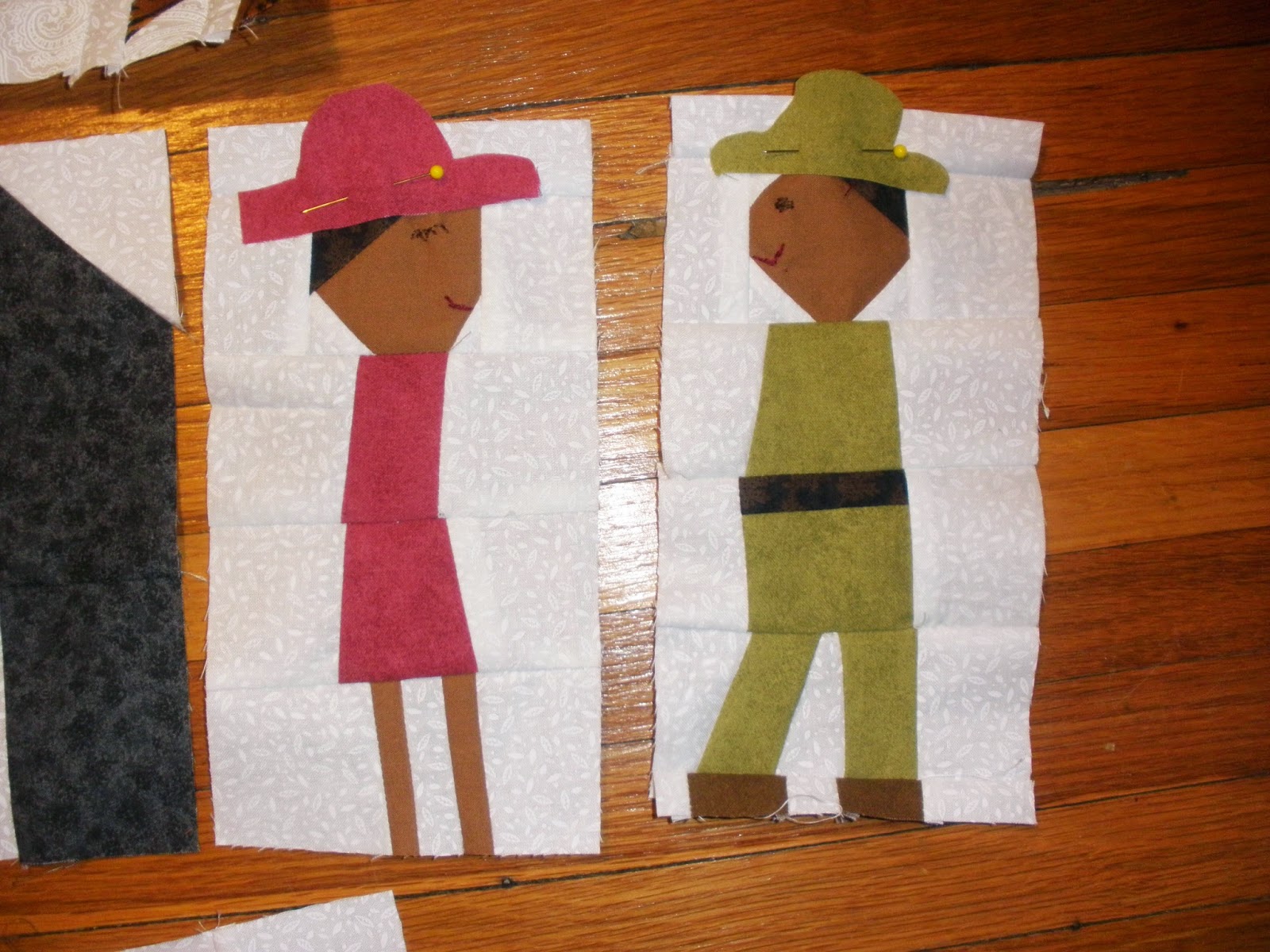 This is the dancing couple I showed on the last Elephant Parade post, but now in fabric!   He looks a little bit like Santa with his big waist.  People are fun to make, and addictive! I am having a hard time stopping.  Maybe when this one is done,  I will do another one with just people. 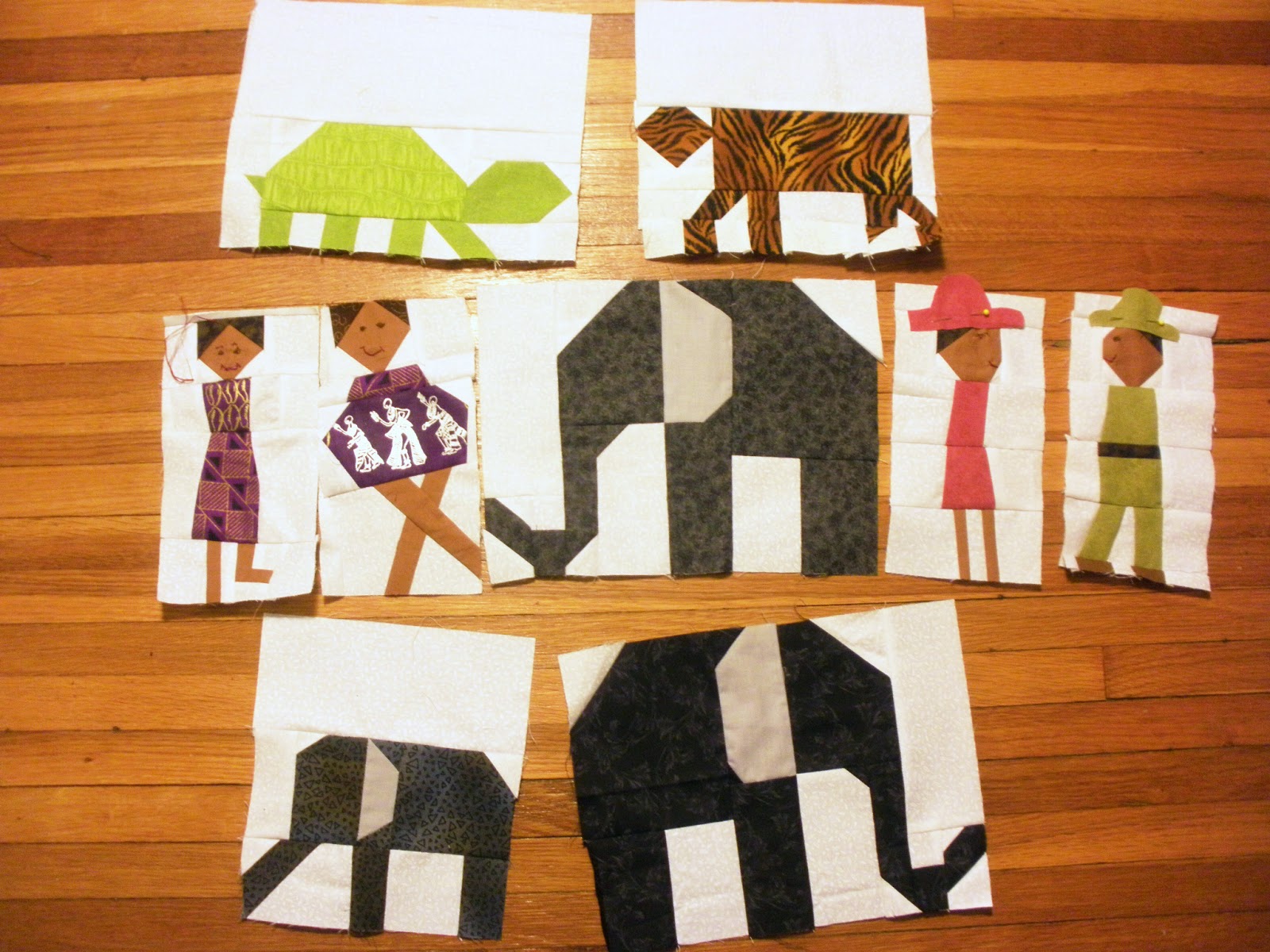 The animals and people are jostling for places as they get ready to start the parade. The people are practicing their dancing.  Right now they are armless, but don't worry, their arms will magically appear before the parade.  Unfortunately, the giraffe, leopard, and monkey are running late, and we will have to wait for them before we can get the parade on the road!

Linking to Free Motion by the River.
Posted by Shasta Matova at 8:52 AM

Love, love, love. Your first lady is the spinning "big top" of the circus tent! You've got your art, your talent, and your mojo back...big time!!!

Oh. MY. Stars. These are wonderful - just wonderful!!!!!!!! I love them all, and they go with all the other blocks so well, you are amazing!!! I saw on one of your posts that you watched a lot of the Quilt Show last weekend, I did too - I had a marathon of watching and stitching! What fun!

I believe that the "getting ready" space is called the "staging area". I love ALL of your people and your animals; proportion is overrated. I'm eagerly waiting for the parade to pass by; well done!

Love all of your recent animals and everything! Wonderful fun!