Here is more progress on my Circle 365 Project. The goal is to make one circle block a day, but I tend to make them in bunches. 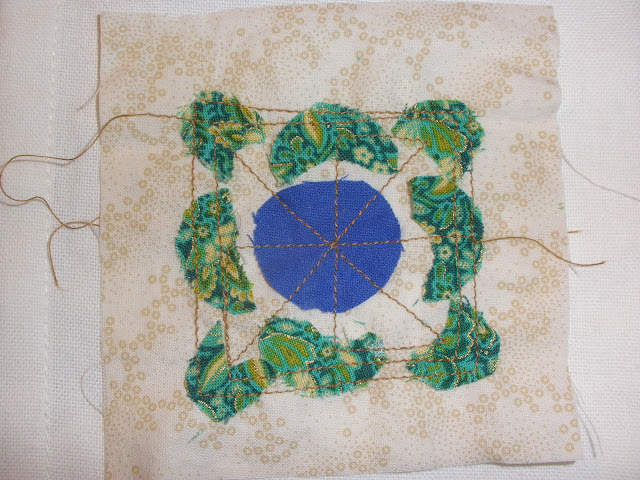 The plan was to have some quarter circles surrounding the center circle, but the corners showed up. 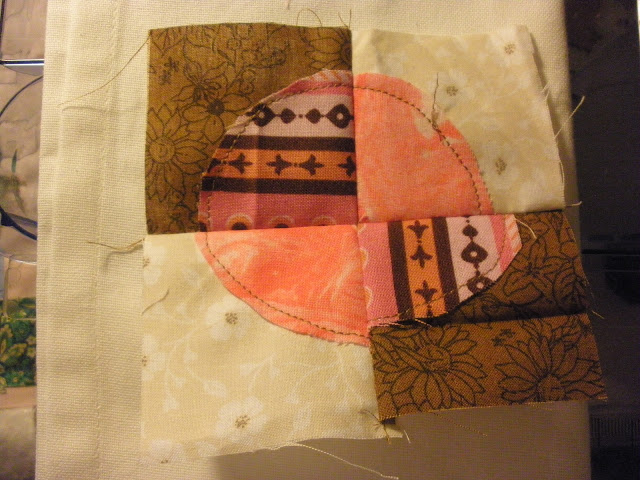 I've made this type of quarter circle blocks before with the pieced backing, but the other one was pieced and this one is raw edge applique.  I don't know if I have another one like this with the raw edge but I'm not going to be looking for it. I'm sure it is made with different fabrics. And this one has stripes going two different ways. 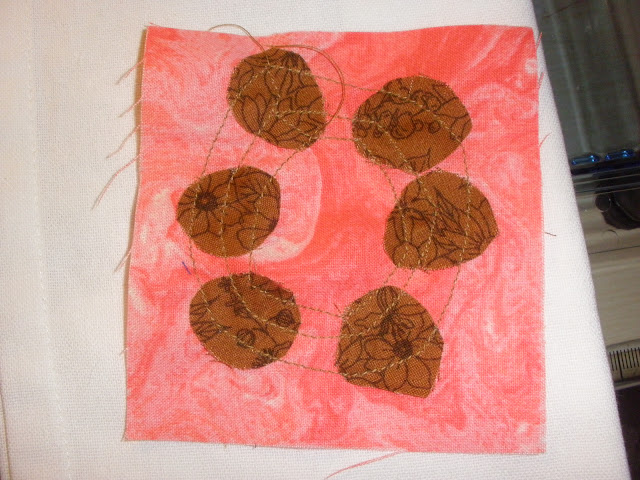 This one was going to be rows of circles but I decided to make a circle of circles.  I guess it is in the eye of the beholder whether these are rows or a circle. 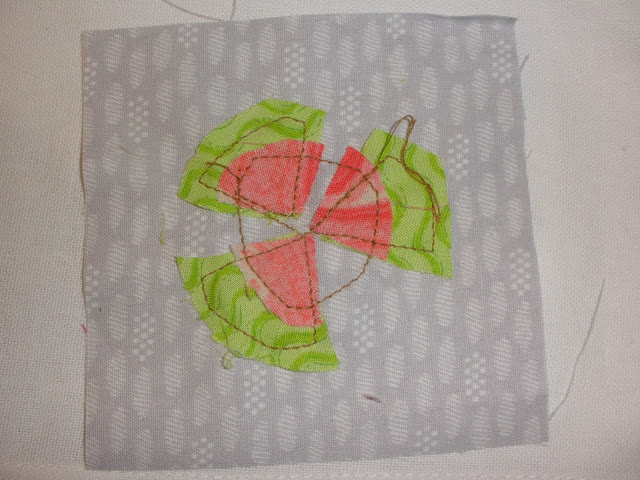 A circle pie. I needed to remove a quarter circle to get spaces between the pieces. 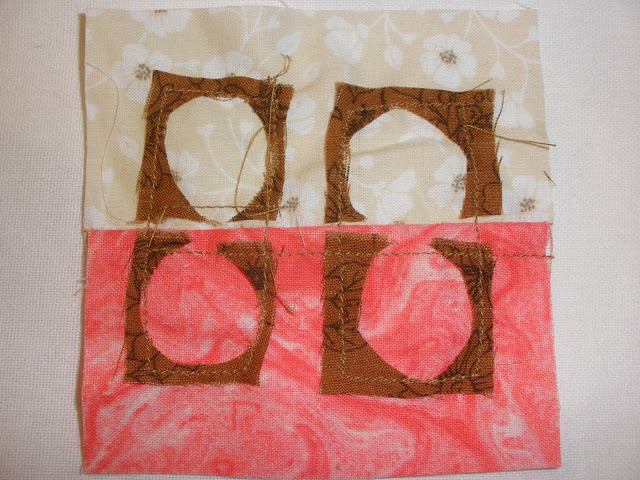 This is leftovers from block 218. Pieced backing. This is the remaining quarter circle from Block 219 with other bits. The dark green makes me think of a mushroom. 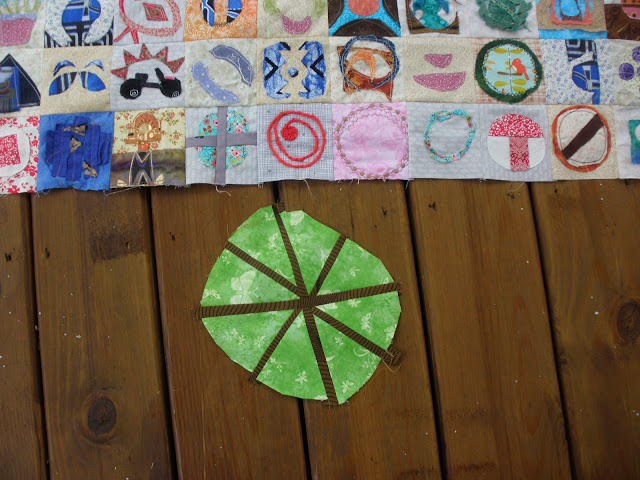 This block doesn't have a number yet because it doesn't have a backing.  I decided to make an asterisk circle, and thought I should make it big and then trim it down to size. The asterisk is quarter inch finished, and I wasn't about to make it any skinnier than that. I could trim it down smaller, I suppose, but it is going to wind up being one of the bigger circles, and therefore getting four numbers. 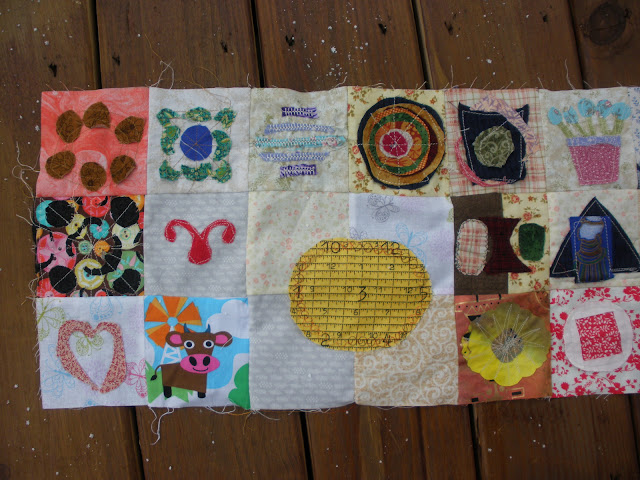 Left side. I figured you would be asking about the blocks above the circle. I put together the blocks that had not been put together yet and came up with three rows. I decided not to piece them to the top rows to keep the top rows from being too stressed. I think that if I keep piecing each row to the top one row at a time, that top row is going to keep getting picked up too often. I figure if I piece them in three sets, I can then put them together afterwards.

You may be able to recognize the two blocks in the first row as recent blocks. I decided to put this row of recent blocks on top instead of the bottom because I think it looks better there.  There is a big block right above this big block and I wanted to separate out the big blocks with at least one row. 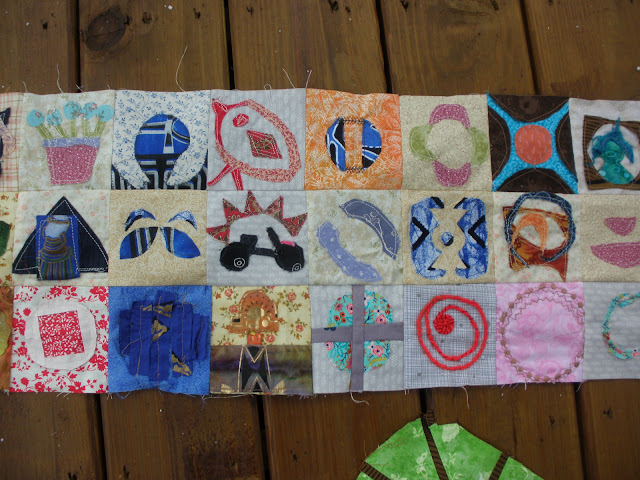 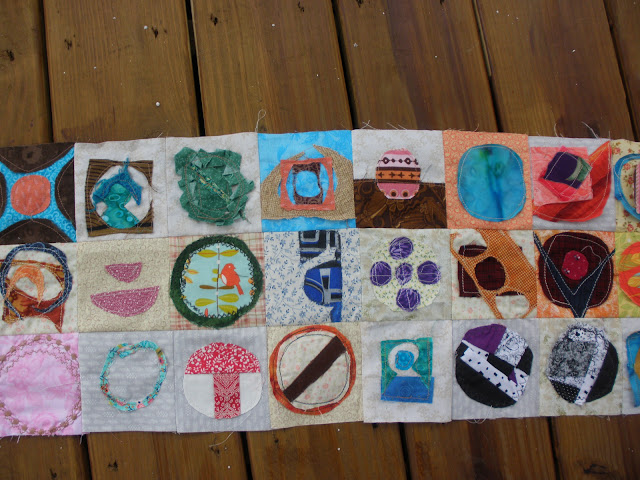 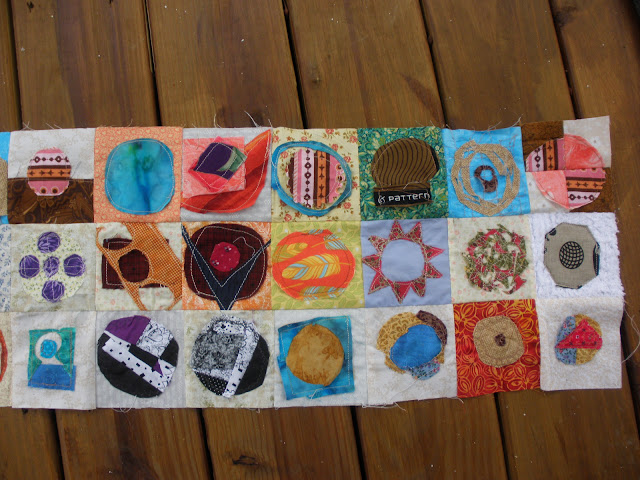 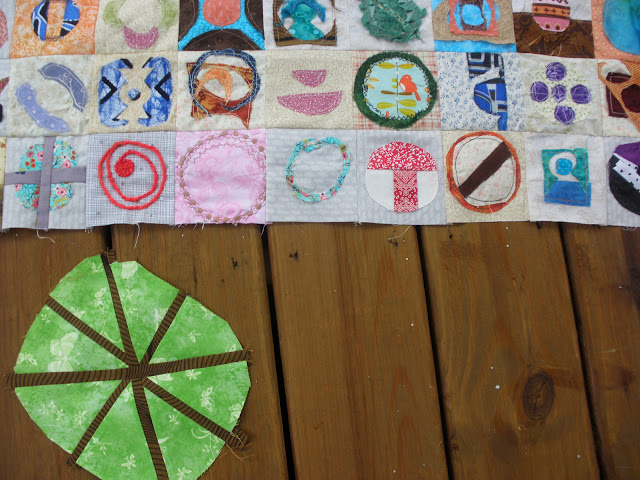 And in case you were wondering if those little white specks were flaws on your screen, no, it is not your screen. The sky has a little dandruff problem today.

This is the most interesting version of the 365 circles quilt that I have seen so far, Shasta! Really unique.

Your improv style and creativity is amazing with all of those "circles".

Glad you are back on the curcles project. Such creativity😃

I'm always happy to see your circles. The free way you work is resulting in something with a lovely energy to it; this will be a really special quilt.