When I saw the quilt Sujata showed in her Uncommon and Unexpected post, I was very excited about making this quilt. Here's an improv quilt I can make just by looking at it closely. 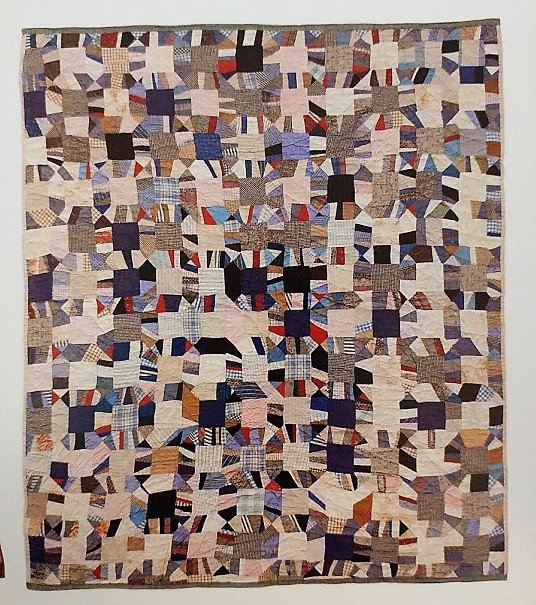 For some reason though, some of it was just TOO improv for me.  I didn't study it to see what parts were bothering me, but maybe because the black pieces don't seem properly balanced in the quilt.  Maybe it was because I had been watching Lynne carefully choosing the layout of her Parade of Zebras quilt.

Sujata had shown a layout of how to make this quilt, and I decided to make it with properly trimmed blocks like the Cultural Fusion quilt. See the sashing on the top left side, to the right of the brown square?  See how the brown is part of the cornerstone but also part of the sashing?  I liked how same fabric is used for the cornerstone and the sashing. Sujata is doing that by making lozenge shapes instead of quarter triangles. 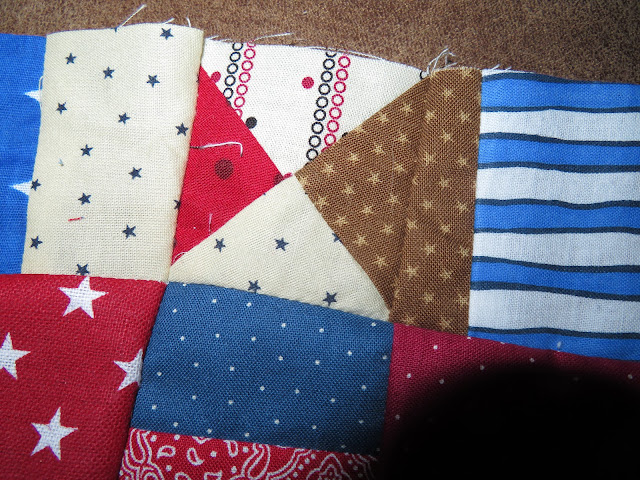 I could mimic that by using the same fabric in the cornerstone as the sashing. It would look like it was the same piece but it wouldn't really be, and wouldn't require any inset seams. 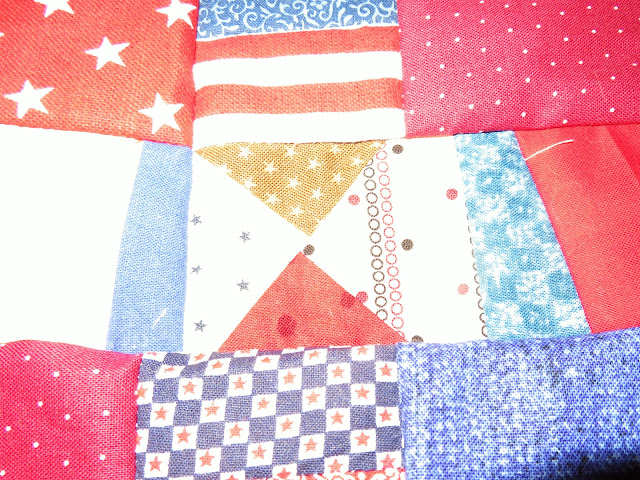 I made a few of those, but then I realized that instead of trimming away the excess and sewing it back on, I could just combine the cornerstone and sashing, then trim the combined piece to 6 and a half inches so it would fit properly. I had made the cornerstones improv and big enough that this was easy to do. I only did that for a few blocks because I wanted it to look like a mistake instead of a deliberate design choice.

If you had told me oh so many years ago that I was trying to deliberately add mistakes in a quilt, I would have laughed at you. 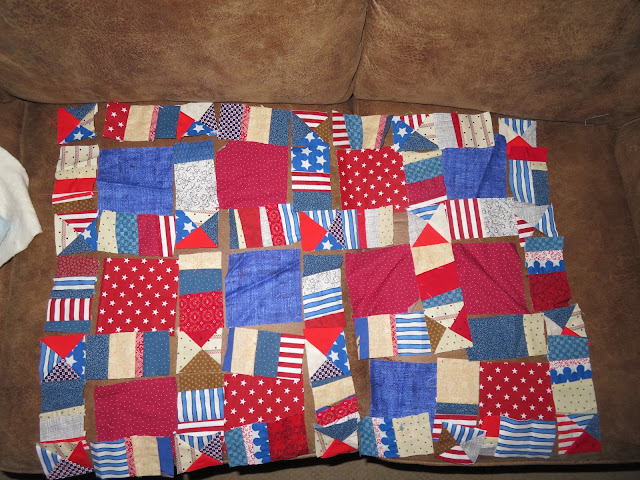 I decided to balance out the colors of the big squares and then let the sashing and cornerstones fall where they may to keep the improv, but not too improv look.

That picture is on the design couch. Do you see how it is rudely pushed aside the drunkard path I am supposed to be quilting? 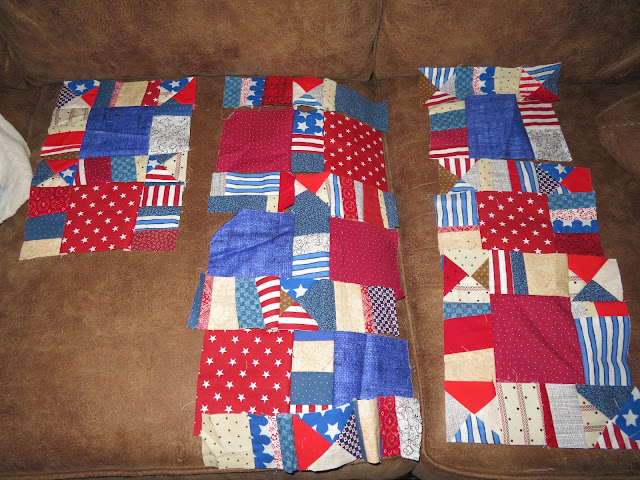 But as I was sewing, I kept moving around the pieces, and wound up with a very planned looking layout for the big squares. This is why I can't spend a lot of time on the layout - I change too much as I sew. I did well in making sure the pieces were being sewn as they were laid out, but as I sewed, I kept changing my mind about the layout. 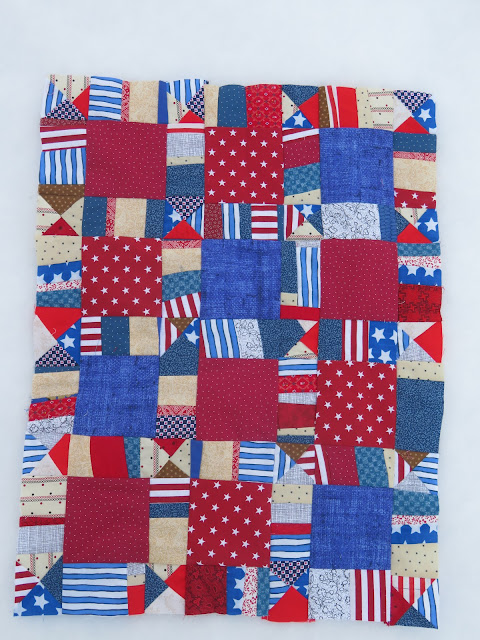 I pressed the blocks and even picked up the seam ripper and took off piece in the middle so I could make it the right size before even thinking about it.  This is very unusual for me, because I usually think through the necessity of pressing or ripping before I do it, and this time it just happened.  I had to force myself not to press the blocks and nest seams. I don't need good points for this quilt. It is a quilt that just refused to be improv.

Email ThisBlogThis!Share to TwitterShare to FacebookShare to Pinterest
Labels: quilting, Uncommon and Unexpected

I think it is funny how we tend to stay within our comfort zones. I am proud of you for stepping outside and doing a bit of improv even if it didn't seem to work for you, I think it is looking superb! I've tried to do improv and wonky and I come right back to my straight and even comfort zone. I've got to try harder!!

I enjoyed reading how your worked through the design and made it fit your style. Lovely.

Nancy in NV-wheres the dude at blogspot said...

I have to tell you that when I looked at the first photo with your blocks laid out that I really loved the brown as a wonky sashing. Then I realized it was your couch! haha

I like what you ended up with! I don't spend a lot of time laying things out either because I'm never happy anyway and keep rearranging. If I keep rearranging then I never get anything sewn. And with a big quilt I would have to lay everything out on the floor and hope by the time I gather things up and take them downstairs they stay in the same order. I figure if I make everything pretty scrappy then I can randomly sew blocks together and it will all work out. It did for my grandma!

Try not to argue with the end result. It's beautiful.