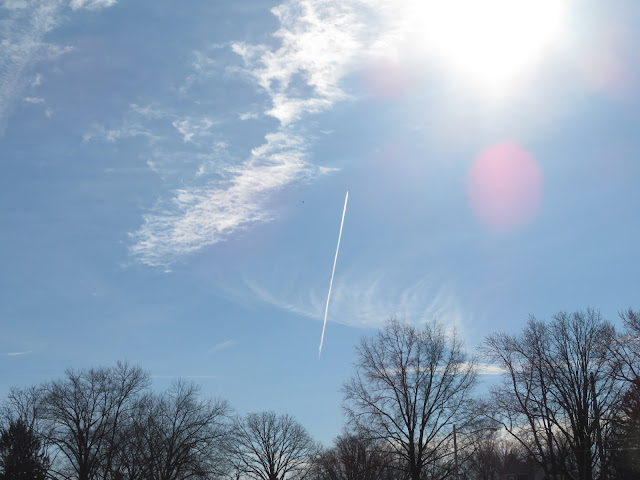 When I told you that I was almost done with the dark circles on the drunkard's path quilt (two weeks ago?), I was telling the truth. I had already quilted more than three fourths of the circles.  But since progress has been slowed this week, the measurement of the progress has changed, and I am still almost done with the dark circles even though I have quilted quite a few more. The measurement is more in terms of how many I have quilted - about one to four quarter circles a day. 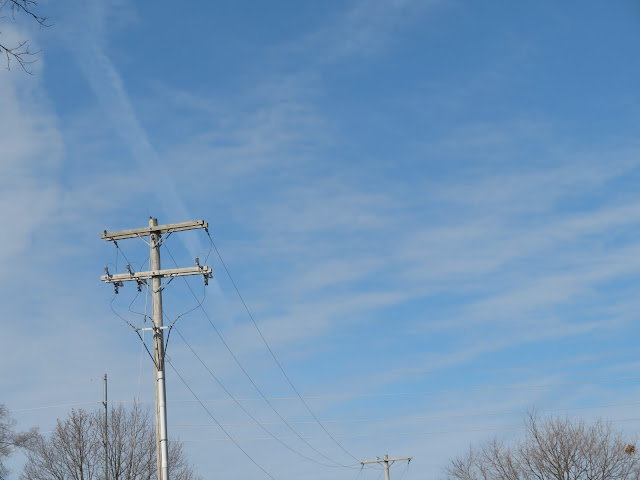 On one of these days, I ran out of thread, so my 15 minutes was spent up finding more thread, winding the bobbin, and finding the next dark quarter circle to quilt and running the lint roller over it to prepare it for quilting. Had I been spending a whole afternoon, these 15 minutes wouldn't have been thought of, but since each 15 minutes counts now, the fact that no quarter circles had been quilted that day does not mean no progress was made that day. 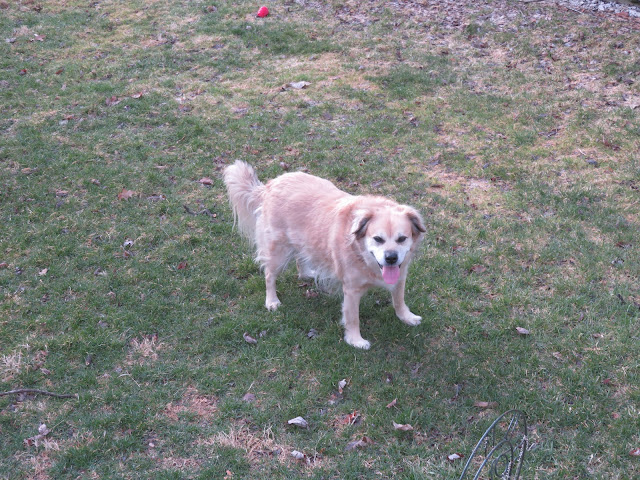 I took Zeus for a car ride, but when we got there, he would not get out of the car!  I think he was afraid to jump, since he got hurt the last time he jumped out of the back.  I think he should be okay from the passenger side. He didn't let me carry him down and I couldn't get him to go down to the floor board so he would have a shorter jump. He is heavy for me to carry and when he isn't cooperative, that makes it that much more difficult. That was the end of our outing. When I got home, he still would not get out of the car, and I had to fashion a ramp from things I had in the garage and distract him with cheese.  My emergency ramp won't work when I am not in the garage so I will have to think of something.


This week, I made a bigger effort to quilt every day instead of quilting the whole week's worth at one time on the weekend.  I managed to quilt four out of the 7 days, and was able to make up the rest of the time on Saturday. I spent the time quilting more dark spaces of the drunkard's path quilt. I am thoroughly enjoying the process of quilting the quilt and do like the quilting I have added, but when I try to show the photos, I get critical and see the wonkiness of the stitching and the lint from the batting.

Linked to:
15 Minutes to Stitch
Posted by Shasta Matova at 1:47 PM

Shasta, I have emailed you FOUR times regarding the Orphan Blocks adoption drawing. I need your mailing address in order to send the box. If I do not hear from you by tomorrow -- Monday, April 1 -- I will select another person who expressed an interest in these blocks. (I have checked both my email accounts, and the spam folders, and I do not see any mail from you.)

Poor puppy. My daughter's dog won't be led on the leash. He just freezes up. Weird. Progress is progress whether you can see concrete evidence or not. Good job!

I'm sure he appreciated your efforts. Congrats on all the progress and stitching time this week and for the year. You have some awesome stitching stats for 2019. Thanks for linking up with the 15 minutes to stitch.

Progress is progress no matter how slow!!!! Poor Zeus, you need a ramp for the car - perhaps just a piece of plywood??