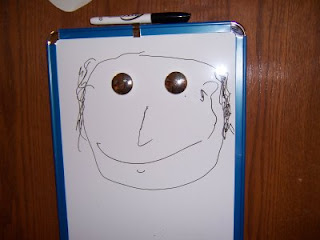 My sister, nephew and I took my daughter to college this weekend. I had started missing her before she even left, even though she didn't really start packing until Friday. She packed as if she was going to be gone forever. She took four cases of water, two tubes of toothpaste, the most of things we had around the house, etc. She didn't pack any unnecessary things, but had a van full.

She lives on the top floor of her building, which doesn't have an elevator. Lugging those four cases of water up to the top floor in 82 degree heat is not fun, especially if you're out of shape. Her roommate is her friend, and the room that they chose is a beautiful, large room that is located in a very social position. Last year, she was at the end of the hall where nobody would see her unless they came looking for her. This year, everybody has to pass by her room to get to anywhere else, depending on which door they use. Since they coordinated schedules so both of them would get there at approximately the same time, we were able to help her unpack and get things situated. (Last year DD didn't know which bed and which closet to take, so she waited for the roommate to get there, not knowing what time that would be, so I had to leave all the unpacking for her.) The cafeteria was closed, so we went to a leisurely lunch / dinner / ice cream with the roommate and her parents at a restaurant.

This means a fresh start for her, but it also means I have yet another fresh start in my life. I had been putting off making decisions about what to do until after she left. The goal was to wake up earlier and be productive and action-oriented. I guess I needed to rest first, but I think I am ready for the action now, building up the momentum instead of rushing into it.
Posted by Shasta Matova at 1:16 PM

fresh starts are good, but can be tiring. Give yourself time to adjust to the new reality... :-)

Awwww!! Second year of college - wow the time has flown!

I'm glad you were able to help her settle in this year!

I used to hate the adjustment time it took when the kids left for college. Its always nice to get them settled...before you have to.

I read your post with a little bit of envy. Leiya did all that by herself and she probably always will. Well, not all by herself, some family friends transported all the stuff to the dorm and helped her get it into the room. I think she said she is on the fourth floor too and I don't know how she and her roommate are getting on yet. Hope your honey has a great year!