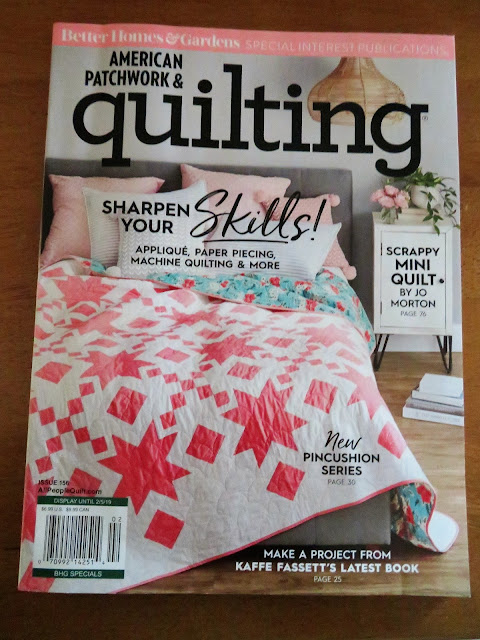 Before I start on talking about this magazine, let me first complain about marketing tactics. I used to be really good about following all the rules and deciding which deals were worth the hassle, but I haven't done so well this year. I only bought this magazine because there was a get $10 coupon if you buy $10 coupon or some such thing at the end of my order. I had planned not to do it since  it is basically a 50% off if you think about it, but I changed my mind at the last minute. I got the magazine and a couple of candy bars, and I thought I was close enough, but apparently I was just short [by pennies] and did not get the coupon. I didn't notice until after I got home, and I am not going back.

I also had trouble at another store where I bought shoes and jeans online. They gave me a merchandise credit so I could buy more. It is coupon jail - they want you to keep coming back. When I got the jeans, even though they were the same size, brand and style I currently wear, they were too small. They just make them smaller now. They don't pay for returns, so I went to the store on a very crowded day, and they did not have my size, which is why I bought them online in the first place. I bought casual pants made by the same company and luckily, they honored the exchange. The shoes didn't fit either, even though they are a larger size than I normally wear, and they didn't have anything I could substitute. They wouldn't give me return credit because I had used the merchandise credit, so I had to order the bigger size shoes and pay for them, and then take them to the store so they could do the return and then the exchange.  Luckily the second time I went, it was less crowded and I was in a better mood.

Especially during the holiday season when it is already hard enough to figure out what to get everyone and where to get it, they should keep the shopping experience simple.  Just a flat percentage off. No loopholes and deductions. No minimum purchase or complicated schemes. 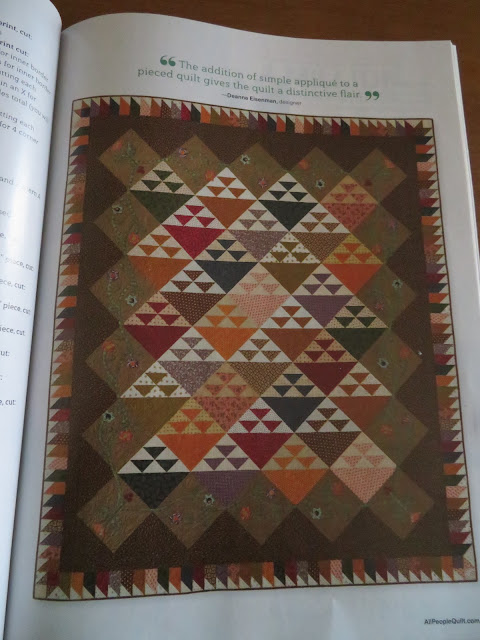 Okay, I am done complaining now. Thanks for letting me vent. This magazine didn't excite me as much as the other one. It has nice quilts but not the kind that said, "you should make this." I like this one, which has applique and piecing. I had to look twice to find it - it looks like print on the fabric. It's on the squares that border the triangles. If I made this, I would use brighter colors or bigger applique so they would be more noticeable. I am not going through all that trouble for a subtle difference. 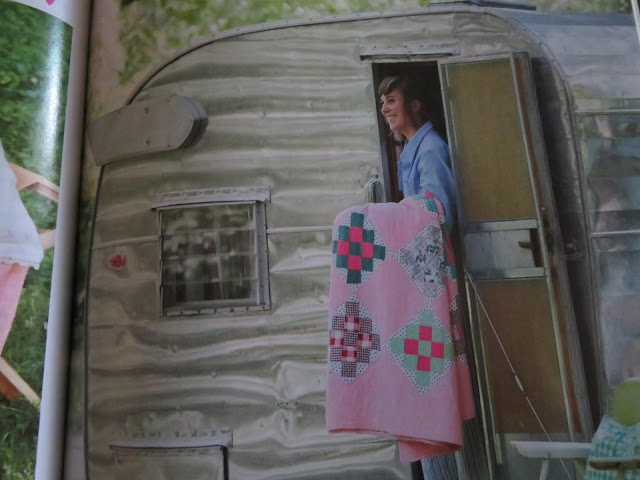 This one is nice although I am sure I have the pattern already somewhere. And some UFO blocks.  I like the pink on this. It has a nice vintage-y feel to it. 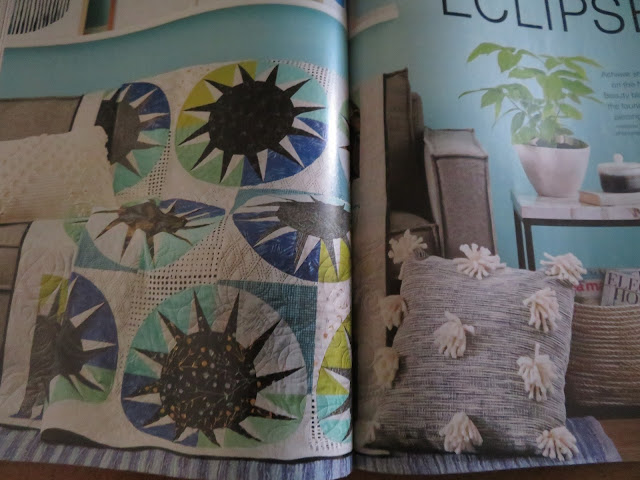 I like this one.  Paper piecing, I think, but not too complicated. 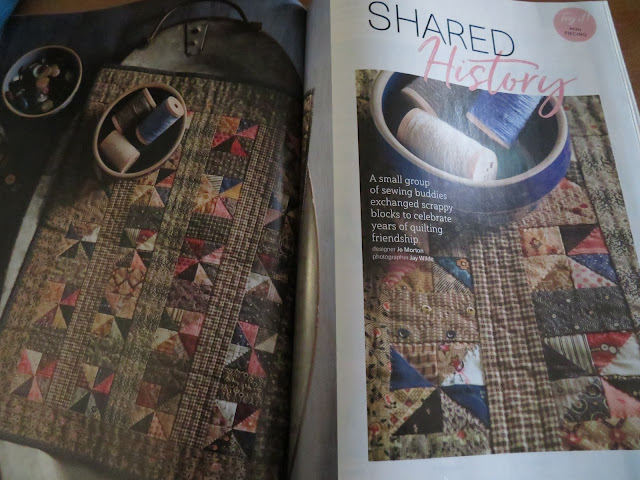 This one by Jo Morton is nice too. 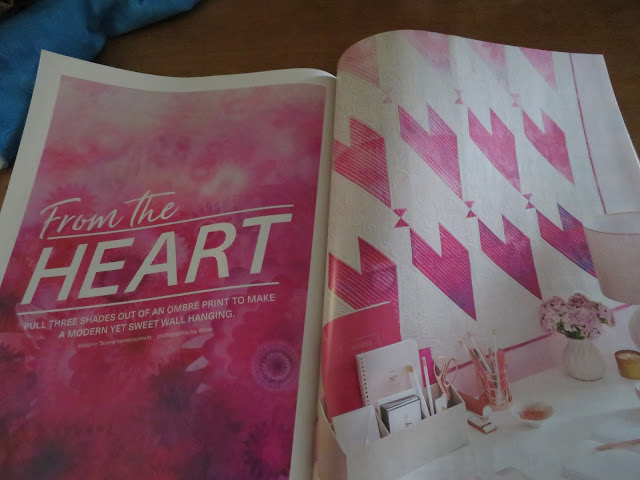 This magazine had a lot of quilt and fabric styles.  This one looks more modern to me. 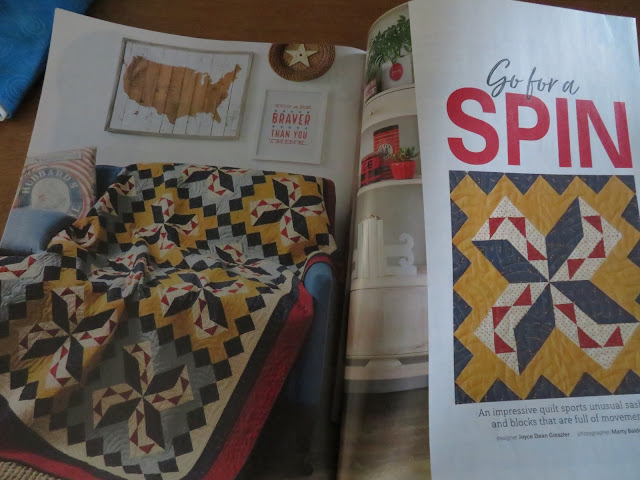 I showed these to you in the same order as the magazine. This one is my favorite of the bunch.  It looks different than the usual to me, and I really like the little red triangles going around like windmills around the blue. It isn't a simple quilt but the one I would most be likely to start. 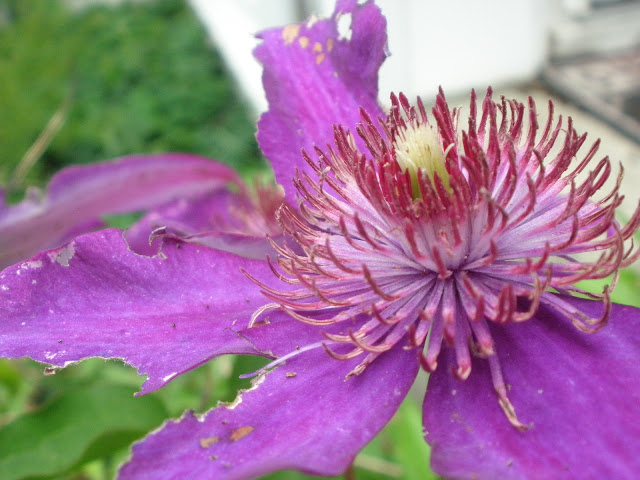 Random picture of the day: clematis. Sorry this posted before I got a chance to add all the other stuff to it. I left it here so you knew it is the same post.

Posted by Shasta Matova at 5:37 PM

Do you know if your local public library offers magazines that can be read electronically? It's becoming increasingly common. I can get American Patchwork & Quilting and Quilts & More, plus an Australian quilting magazine and a few other craft-related magazines through my public library. It's a little tricky if you need that pattern insert, as those aren't always in the electronic version, but when I've needed it, I emailed the magazine and they've sent me the files. I mention it because I am currently reading this issue in that format.